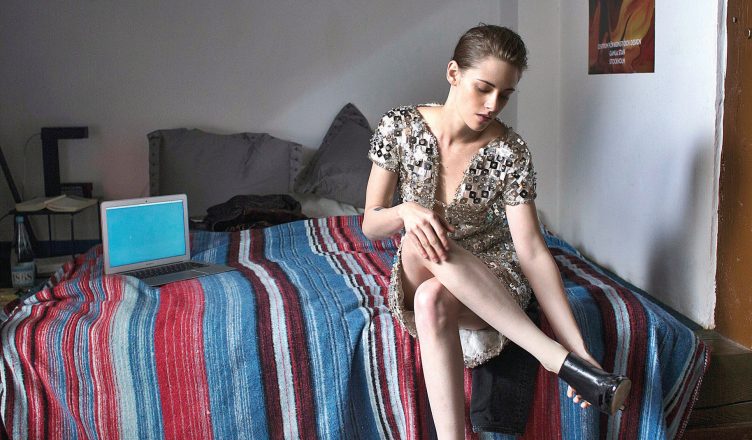 I had no idea what this movie was about when I initially heard about it. Before Googling it, the immediate assumption was it was a comedy about some guy/girl shopper that is in some competition, boy was I off, as the movie is a weird concoction of ghost story, artsy French drama and mystery thriller. There probably are a few more options I can’t figure out. So onto what succeeded and failed:

As confusing as Personal Shopper may be, it is also the same thing that makes it interesting. The beginning of the film is ambiguous as to what is going on in the story and it is still coherent at that point. There is an American girl in France, played by Kristen Stewart (very fitting in the role) that appears to be there for work reasons. Well, Stewart plays the personal shopper to some wealthy folks. She appears to be good at it for others, but awful in her bummy and out of touch personal style. It’s weird, I know. Original concept, but she needs a greater purpose.

Stewart’s bleak on-screen persona (or real life?) matches what her character is in this movie. She actually was cast well in this role. Her aloof persona that she displays in many movies (Twilight) is fitting with the character she plays, Maureen Cartwright, because Cartwright is isolated and searching for answers to her past. Stewart really puts it out there, literally, with a lot of bare boobage, So there is that for some of you.

The film has a very French, old-school look to it, somewhat of a French film noir with it’s murky look. Actually, the sets are probably more creepier than the storyline. The surroundings add to the aura of mystery, more so than any character does. One scene stood out to me is where she goes to a hotel to meet up with a mystery individual, and what transpires out of it can easily be an opening to another perception of the movie. If you allow yourself to go deeper than what’s presented, then the end result is more logically easier to digest.

What the hell was this movie about? Still trying to wrap my mind at what the filmmakers were trying to accomplish. Is it a ghost story within the world of fashion? Is it a fashion story within a a ghost world? It could be both or neither. What takes away any legitimacy from the ghost story is that whenever Kristen Stewart’s character gets the distinctive feeling that a spirit is in her presence, the end result is a lame glass levitation that end ups quickly dropping and shattering. Some real scares there. Not.

The worst and the best part of the movie might be the drawn out texting session that Cartwright has with a mystery person that just can’t seem to stop texting her. The camera is glued onto the texts, as we read and follow them along with Cartwright. It’s one of the more intimate moments (besides when she bares her body) that the film produces. These texts seemingly go on from scene to scene with no end point. At some point the movie’s title could have easily been changed to “Personal Texter” and it would be as fitting as the Personal Shopper tittle it has. It is however reflective of our society today, where people and especially young adults are glued to their phones, texting without a cause. The dumbfounding impression I had during this texting charade was, “why aren’t you just BLOCKING this number?” She keeps the convo along, as it serves a deeper need to feed her curiosity, while disregarding the potential dangerous implications.

Personal Shopper is original in it’s story concept, I mean after all, what movie combines an obscure job as a personal shopper with a ghost theme surrounding it. I’m sure Stewart was never offered the role of a psychic personal shopper, so she took it and made the best of it. The movie does try to project underlying themes of death and loneliness. It’s tough to figure out what was going on in writer/director Olivier Assayas’ mind when he was putting together this film, but this ultimately is the end result, a slow-paced, obscure, puzzling mix of genres and plots that doesn’t seem to fit together.