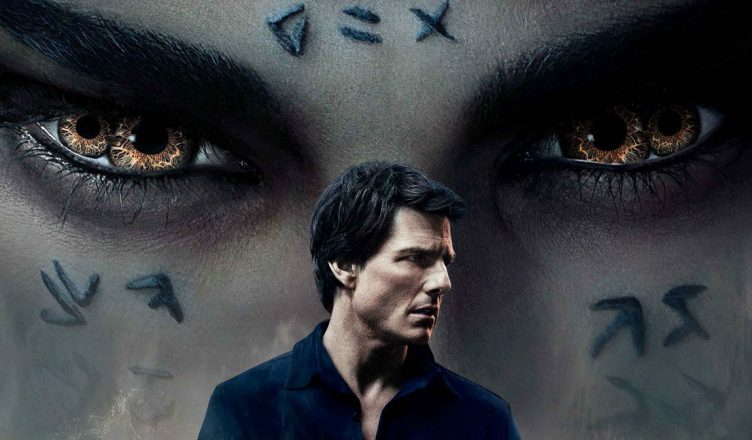 Universal is off to a shaky start with it’s first movie in the Dark Universe, Tom Cruises’ The Mummy. No, Cruise doesn’t direct the movie, but he’s the clear star of it and it’s all about him, more than the mummy theme. For those of you wondering if this movie ties is with any of the previous Brendan Fraser ones, well it doesn’t. As mentioned this film is part of the new Dark Universe monster franchise. If you’re looking for a comparison when it comes to quality, it is fairly similar to the former Mummy movies, but with a whole lot of added Cruise.

A lack of star big names isn’t an issue with this film. Aside from Cruise, Russell Crowe stars as Dr. Henry Jekyll. Annabelle Wallis plays Cruise love interest and archeologist/explorer Jenny Halsey. Jake Johnson plays their sidekick Chris Vail. Wallis is an interesting choice here, as she’s the lesser known name, but holds her own alongside Cruise. Cruise always seems to surround himself with talented lesser known actors in his movies that end up carving out nice careers after starring alongside him, look no further than Rebecca Ferguson.

The action is non-stop. There is some neat use of CGI that brings the mummies to life. The mummy caves look intimidating and mysterious, it’s also the setting where most of the movie takes place in. Additionally there is an airplane scene that really pops. Some of the sequences are over-the-top, but that’s to be expected in a movie like this.

Towards the end of the movie there is an interesting twist and tease of a character. This is done to set-up the following Mummy movie and potentially give a head start to the Dark Universe and preview of what can be expected. I’m glad that the identity of the new character wasn’t revealed, that way there is built-in intrigue going forward.

If you expected a charming, adventurous and witty Cruise character, you get it. The problem is that there is just too much Cruise. I get that he’s the main star and is naturally highlighted in his films, but this feels more about Cruise and his character Nick Morton much more than about the story and origins of the mummy. That aspect is secondary.

The plot itself isn’t all too interesting. They discover a mummy tomb of an ancient princess that unleashes her evil terror soon as the overly curious Morton opens up pandoras box, in this case the tomb. There is a decent origin story set-up, but soon as the evil princess Ahmanet (Sofia Boutella) is released the plot jumps straight into action without serving much of a end purpose, aside from pointless destruction of humans and attempting to convert Morton into a god that will work alongside her.

I was hoping for better use of Crowe’s Dr. Jekyll character. There is a brief scene when Henry goes Jekyll, or Hulk-esque, which is just a brief tease of the character ultimately. More interaction between Morton and Jekyll would have presented an added story intrigue.

I watched the movie in 3D and it did little to distinguish it from a non-3D screening. That’s not a good sign for a movie that uses as much CGI as this one. I expected it to pop visually, but it marinates instead.

Overall, new The Mummy is just ‘meh’ and gets a shoulder shrug for a reaction. It’s not bad, but it’s not great either. For a big popcorn summer flick it’s fairly underwhelming. There was a lot more potential that this movie could have lived up to, but it meanders on the basic formulaic action. The beginning of the film reminded me of the introduction of Apocalypse in the last X-Men movie, which was a good thing, but it quickly dissolves into mindless action. The movie is fun and entertaining at times, but it doesn’t last long enough to warrant any serious attention. I wish I could say that the Dark Universe is off to a bright star, but instead it’s still trapped in the dark ages.