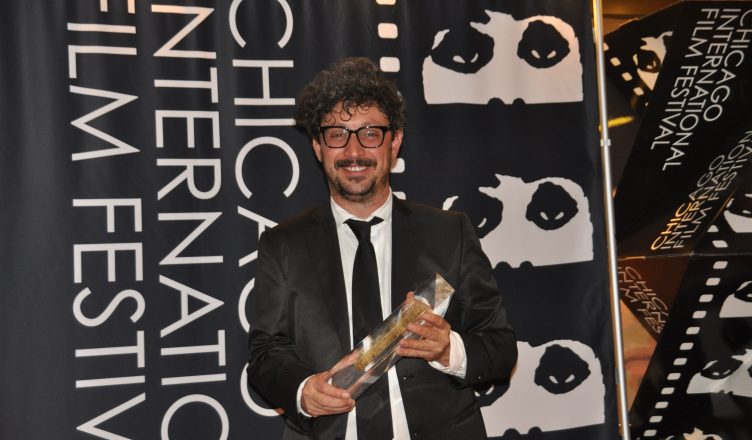 A party was held for Press and filmmakers, prior to the ceremony. The pictures here represent some of the behind-the-scene action. Many thanks to the organizers of the Chicago International Film Festival for the nice pre-awards ceremony event.

The man behind the table was the Chloe wine representative, the official wine of the festival, who told me that the glass of Prosecco (if purchased) would be $13. (Chloe picked up the bar tab). Hors d’oeuvres were also served (small chicken slider sandwiches and macaroni & cheese fried bites), and I schmoozed with a young filmmaker at the bar, who told me his film was up for an award, Alejandro Saevich, President of MAMART jile, whose film win is described below [from the official Chicago International Film Festival website listing all winners].

Since I had an 8:30 p.m. ticket for one of the films still showing (“At Eternity’s Gate” about Vincent Van Gogh, starring Willem Dafoe, Oscar Isaac and Mads Mikkelson, a film by Julian Schnabel) and the cocktail party went from 6 to 8 p.m., the awards ceremony started at 8:15 p.m. As a result, I managed to hear (literally) one category.

The category I attended was:

Recognized for stylistic distinction in direction, cinematography, social relevance, satirical commentary, and performance quality, the film is a timely, subtle, and poignant accusation of the limitations of government told through a smart, humanistic examination of the leaders behind the decisions that shape our world. Such a portrayal is becoming increasingly relatable globally; the film is an exemplary use of the medium. 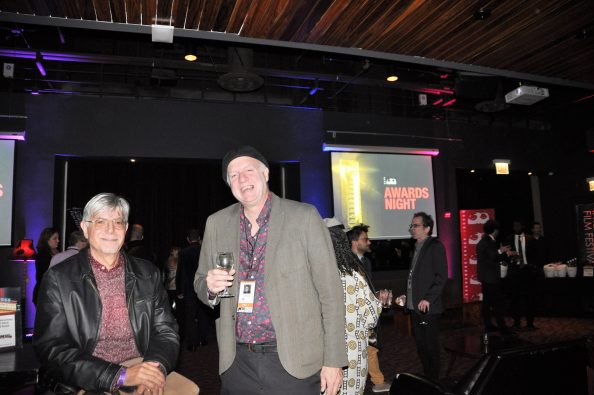 I told my seat mate, “I’m 100%. The only person I personally know who is up for an award just won! I hope I’m as lucky in the lottery, since it’s at all-time record highs.” Then I left for the film mentioned, taking the time to capture pictures of Alejandro on my way.