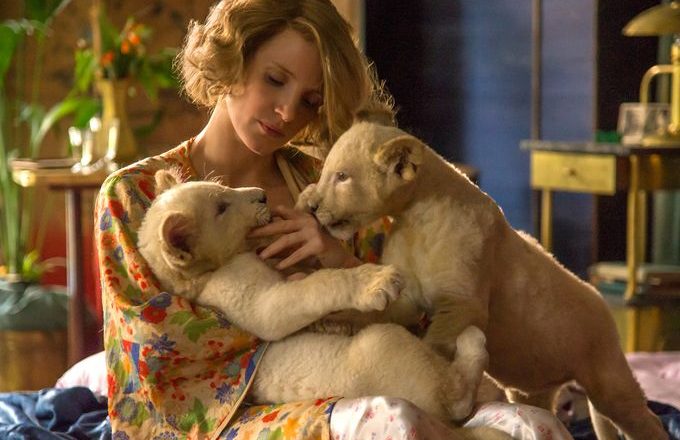 July is underway and that means another week of home releases and limited theatrical. The week of July 4 (Happy Birthday America) brings forth a smaller amount of releases, but there are a couple you definitely must see. This week I’m highlighting The Zookeepers Wife and Song To Song.

This is one of my favorite movies from earlier in the year. It’s based on an incredible true story of a couple that were zookeepers at the Warsaw Zoo in Poland during the times of the Holocaust. The couple turns the zoo into a sanctuary for hundreds of people fleeing from the Nazis. Jessica Chastain is wonderful as Antonina Zabinski, additionally strong performances from Daniel Brühl and Johan Heldenbergh. This is one of the more touching movies of the year. A definite tearjerker and a movie that will make you feel all sorts of emotions. From sadness to moments of joy. Hard to resist the beautiful animals in the film and the relationship they have with the Zabinski’s. As much as it is based on the horrors that Jewish people had to endure from the Nazi coalition, it’s really a story of love and sacrifice for fellow humans and animals. It’s a definite must see movie. It’s important in historical terms and you will come away from it more educated and invested in what you see on screen. One of the ten best movies so far in 2017.

-The Making of The Zookeeper’s Wife – Filmmakers, cast, and crew discuss the challenges they encountered in making the film, including recreating the Warsaw Zoo; working with the animals; and doing justice to such an important story.

-The Żabiński Family – A closer look at the selfless family at the center of TheZookeeper’s Wife, including interviews with Teresa Żabińska and Ryszard Żabiński, the real-life children of Antonina and Jan.

‘The Zookeepers Wife’ is available now on Blu-ray, DVD, Digital HD and On Demand