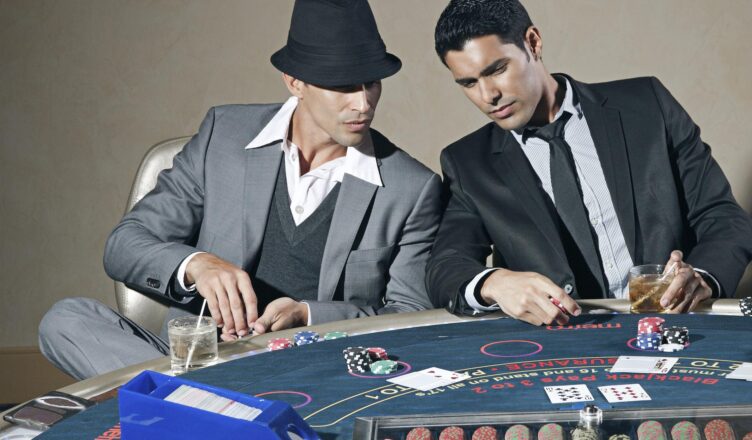 Games of chance seem to be an ingrained feature of human civilization. Ancient Egyptians played dice games, and they gradually developed to modern casinos. Since then, people have been drawn to games of chance in the expectation of earning quick money. That is exactly why gambling can be traced back into the first movies, where it was mostly used as a plot device or background. Today, a lot of movies feature various types of games of chance, and some are even centered on gambling themes.

In fact, if it wasn’t for the attention that gambling received in Hollywood blockbusters, many people would not know anything about poker, roulette, or blackjack. These classic games of chance would remain a mystery for other people who are not dedicated casino goers. But thanks to movies like Casino Royale and Rain Man, those who watched know what it takes to win in those games.

Throughout the years, gambling and casinos have been featured in Hollywood films extensively as theatrical devices. But why do you think writers and directors continue to incorporate games of chance in the movies that they are creating? If you have the same question in mind, you’re in the right place. In this post, we are going to give you reasons games of chance crop up so often in movies.

There has been a sharp rise in the number of gamblers opting to play at an online real money casino rather than a physical casino. However, can you think of a movie that featured an online gambler? The point of this is that gambling in and of itself is not exciting enough to captivate viewers. What makes it exciting for viewers is the glamorous setting of a casino and the sense of occasion and drama that are shown on the screen.

For example, the 1936 film titled “The Story of a Cheat” has a storyline and writing that make the film a hit. But aside from that, it also has the glamorous backdrop of the stunning Casino de Monte Carlo, which makes the film a visual masterpiece. 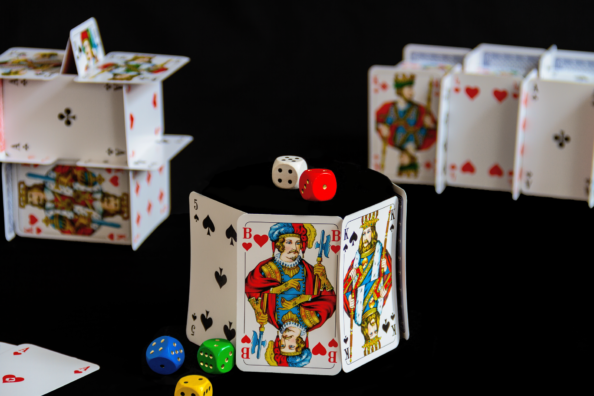 2. Games of chance add an additional tense feeling to movies.

When writing for a film, the role of conflict in storytelling is one of the most important, along with the context and closure. Conflict is added to a narrative to create tension among viewers and get them on the edge of their seats and have them begging for resolution. There are movie writers who build tension through intense dialogue and nuance. Others, on the other hand, rely on outside factors like gambling.

When a gambling scene is introduced to a movie, it is guaranteed to add conflict and tension as money is at stake. However, just as in real life, it is not only the money on the table that is at stake but also the reputation of the protagonist. Money can be won or lost in an instant with games of chance, which places great emotional weight on minute details. This makes gambling an easy topic for writers and directors to inject conflict and tension into their films.

Games of chance scenes in movies are always guaranteed to raise the heartbeats of audiences, whether it is the life savings of the protagonist that is on the line or simply their willpower in a battle against addiction.

3. Gamblers are a huge demographic.

In an ideal world, people think of movies as great expressions of art that are created to not only thrill and captivate audiences but to convey deeper messages about life and society. But in the real world, most movies are not produced with this selflessness in mind. Instead, they are made for solely commercial reasons.

For example, the film Bohemian Rhapsody in 2018 would not have been made had Queen been anything other than a global phenomenon. As it turned out, it was well-received by fans and critics. But even if it had not been, it would still have earned lots of money from millions of Queen fans around the world.

The same thing goes with gambling being shown in movies. Playing games of chance has a huge reach around the world, with industry statistics estimating the global share of gamblers to be just more than 1.6 billion. Since there are many gambling fans around the world, it is fair to say that any well-produced film about pastime activity would be a commercial success.

One of the perfect examples of this is the film Rounders in 1998, which succeeded purely due to the global appeal of gambling, even though it has a weak plot. It was hailed as a cult classic by poker fans and went on to make a healthy profit. It proved that a movie that features games of chance does not have to be good to earn money. It just needs to be realistic enough to interest gamblers.

Online real money casino have always been popular locations for movies, and incorporating games of chance, such as poker and blackjack, has become common in films for many years now. This is because these games offer a unique blend of excitement, drama, and suspense that people can’t find anywhere else. Unlike other games, games of chance are all about risk and potential reward. You can either win big or lose big when you play them.

Also, since there are many people who are into gambling, writers and directors are sure that when they release movies with these themes, many casino enthusiasts will watch them, letting them earn big. Therefore, the next time you watch a film and see a scene in the casino, or the protagonist gambling, you now know why that scene is in there. We hope this post helped you learn more about why games of chance crop up so often in movies.