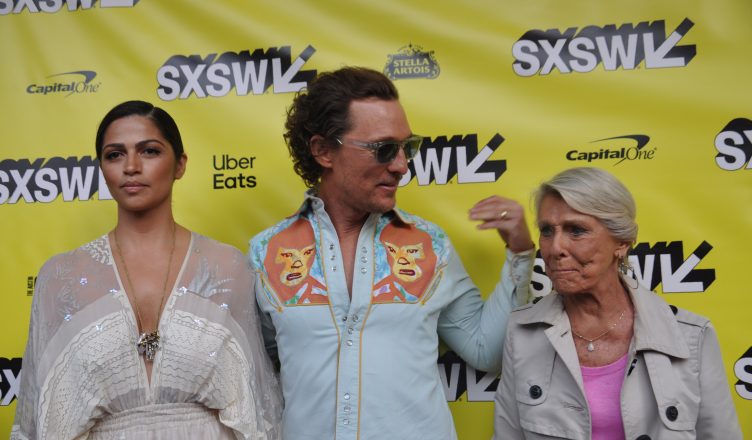 While the flow of movie stars to SXSW continues, the Red Carpet opportunities seem fewer than in previous years.

Nevertheless, there have been some big names showing up and below are a few of the celebrities who walked the red carpet or took part in a panel for film. Much of the action this year seems to be in the Convention Center for panels involving politicians who all seem to have a goal of running for President in 2020. A Camp Sandy was established in the hills featuring music from a van, and I made a trip out to see Low Cut Connie and Wyclef Jean, but the other Connie had laryngitis and, aside from some spectacular scenery (which I’ll share in some pictures of the future), the music I heard was not from either of these acts. Low Cut Connie is performing again, “live,” for free, downtown in Austin on a bill with other acts.

Nevertheless, here’s a rogue’s gallery of a few famous faces that have appeared for films like “The Beach Bum” (Michael McConaughey, Jimmy Buffett, Martin Lawrence) or a reboot of “True Stories” (David Lynch) or a new Hulu sit-com, “Shrill.” (Elizabeth Banks). And then there was Scott Rogowsky for H.Q. trivia “live,” for the first-time ever.