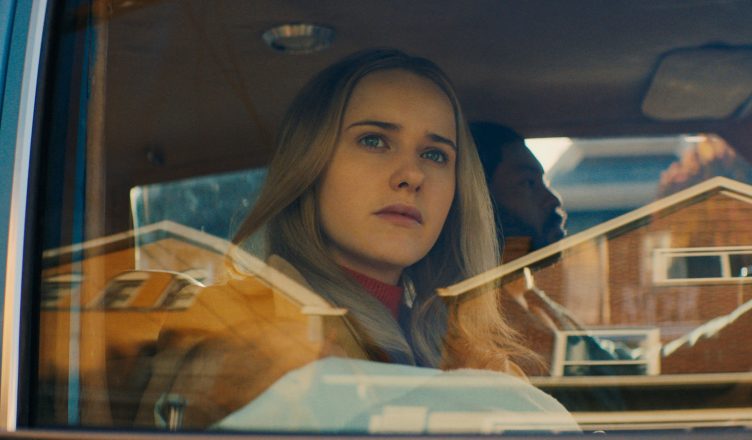 The film unfolds a bit like peeling back the layers of an onion. Jean (Rachel Brosnahan) is married to Eddie, who is a professional thief. It’s the seventies and they live in a very seventy-ish house, with Jean basically a bird in a gilded cage–a wife who can’t cook. Although she knows that Eddie (Bill Heck) is a thief—she knows almost nothing about his associates or the true nature of his job or, apparently, about the true nature of the man himself.

The film concerns Jean’s “coming of age” as a woman. She is suddenly gifted with a small child, courtesy of Eddie.  Later, we hear a story about how “Harry” (the child, played by Jameson and Justin Charles) came to Eddie and Jean’s house in the first place, but we never know if it is the truth or another example of the things we’ll never know for sure.

Enter Cal (Arinze Kene), an associate of Eddie’s who appears at Jean’s house in the dead of night and insists she and Harry must flee. Cal is Black and, later, we meet Terri (Marsha Stephanie Blake), who is his wife and the mother of his son Paul.

From there, things get interesting.

One of the strongest things about the Julia Hart directed film is the fact that you don’t feel as though you’ve seen this film a million times before. It unfolds slowly at times, more quickly at others, with exciting chase scenes involving 70s autos and more and more revelations that will keep the viewer enthralled. It’s an original.

In addition to the theme of Rachael Brosnahan’s growth into full womanhood, there is plenty of action, mystery and suspense. Good performances, an interesting tale, and lessons to be learned all contribute to the appeal of “I’m Your Woman.”