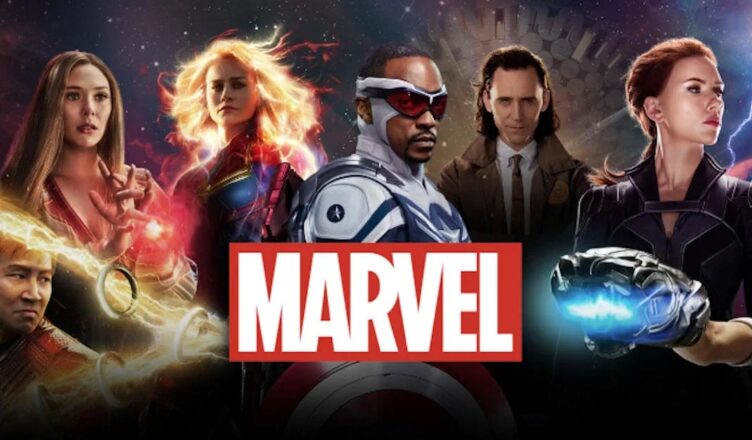 Marvel Studios has been pumping out quality films and series since 2008 and their not stopping anytime soon. We are currently towards the end of Phase 4 – which ends with Black Panther: Wakanda Forever on November 11th – but many people are wondering what Marvel Phase 5 is going to look like. Have no fear, for this article will give you the lowdown on everything you need to know about Marvel Phase 5. It’s worth noting before we begin, that not all the upcoming projects have concrete dates, yet. However, we do have a general idea of when each movie or series falls in the MCU’s timeline. Now that the pleasantries are out of the way let’s take a look at the upcoming slate of films, beginning with Ant-Man and the Wasp: Quantumania.

Ant-Man and the Wasp: Quantumania is the first film of Marvel Phase 5 and will feature Paul Rudd, Evangeline Lilly, Kathryn Newton, Johnathan Majors, Michael Douglas, Michelle Pfeiffer, and many more. The film is slated for a February 17th, 2023 release date. We don’t know much about the project, but we do know that Johnathan Majors will be playing the Marvel Comics big bad, Kang The Conqueror. Majors first appeared as a version of Kang in Loki. It’s fair to say that this highly anticipated project will set the stage and introduce the main theme of Marvel Phase 5.

Film Synopsis: Scott Lang and Hope Van Dyne, along with Hank Pym and Janet Van Dyne, explore the Quantum Realm, where they interact with strange creatures and embark on an adventure that goes beyond the limits of what they thought was possible.

Secret Invasion will be the second Marvel Phase 5 project and will feature Samuel L. Jackson as Nick Fury and Ben Mendelsohn as Talos. The cast also includes Cobie Smulders, Emilia Clarke, Christopher McDonald, and Martin Freeman. Secret Invasion will be a Disney Plus series and is set to have six episodes. We don’t know much about the series outside of a brief synopsis, but we do know it will follow Nick Fury and Talos as they try to stop the Skrulls who have infiltrated the highest spheres of the Marvel Universe. This is a huge story from the comic books and looks like it is going to make a great series.

Series Synopsis: Fury and Talos try to stop the Skrulls who have infiltrated the highest spheres of the Marvel Universe.

The Guardians are back! This third installment of the franchise will feature Chris Pratt, Zoe Saldana, Dave Bautista, Vin Diesel, Bradley Cooper, Karen Gillan, and Pom Klementieff. Not many details have been released regarding the plot, but based on the stinger from Guardians of the Galaxy Vol 2, we can guess the being known as Adam Warlock will play a large role. James Gunn will direct the film and it’ll feature many returning characters. We have no idea how it will tie into the cosmic universe of the MCU, but you can bet it’ll be a lot of fun and have a kick-ass soundtrack.

Film Synopsis: Still reeling from the loss of Gamora, Peter Quill rallies his team to defend the universe and one of their own – a mission that could mean the end of the Guardians if not successful.

Echo is one of Marvel’s lesser-known characters; however, she will have her own series in the summer of 2023. A street-level hero, Echo also known as Maya Lopez, is a tonfa-wielding badass who has a rather short history in Marvel Comics. She first appeared in Daredevil #9 in December of 1999 and once took on the mantle of Ronin – previously held by Hawkeye. Alaqua Cox is set to star as Echo with Charlie Cox and Vincent D’Onofrio returning as Daredevil and Wilson Fisk respectfully. Like most of the Marvel Phase 5 properties, very few details have been released, but if Marvel continues its trend, the series is sure to be a home run.

Series Synopsis: Maya Lopez must face her past, reconnect with her Native American roots and embrace the meaning of family and community if she ever hopes to move forward.

Everyone’s favorite God of Mischief is back with a vengeance following the events of Loki Season 1. Tom Hiddleston is set to star in the second season of the series which is sure to have large ramifications for the MCU. In the first season, they literally broke time and the multiverse, splitting them off into another reality. We don’t know exactly where the show is headed but it will no doubt follow story threads set up in the first season – like why Kang is now the ruler of the TVA. Through various sources, we know that Owen Wilson, Gugu Mbatha-Raw, and Sophia Di Martino will all reprise their roles. It’s also worth noting that Loki is the first MCU series to get a second season, so far, in Marvel Phase 5.

Series Synopsis: The mercurial villain Loki resumes his role as the God of Mischief in a new series that takes place after the events of “Avengers: Endgame.”

A first look at #TheMarvels will be shown at #D23 #MarvelStudios pic.twitter.com/hMxnrktZoi

The Marvels is the sequel to the 2019 film, Captain Marvel, and will feature Brie Larson, Teyonah Parris, Iman Vellani, and Samuel L. Jackson. This will be the first time Ms. Marvel and Captain Marvel meet, which should be a lot of fun for fans. Beyond speculation, we truly know very little about this project. Nia DaCosta is set to direct the film which is slated for release on July 28. 2023.

The long-awaited Blade reboot is finally on its way. Mahershala Ali will star as the titular Daywalker, with supporting roles by Delroy Lindo and Aaron Pierre. The film is being directed by Bassam Tariq, who is best known for his work on Mogul Mowgli. Little is known about the plot; however, it’s fair to guess that this film will serve as Blade’s origin story. In the comics, Blade’s mother was bitten by a vampire when she was pregnant with him. Somehow, this granted him all of the powers of a vampire without any of their weaknesses. However, he does have a hunger for human blood which he sees as a curse. Many comic book storylines and previous films used this motivator as a plot point. Fans have been clamoring for this one for a while and it’s sure to be amazing in Marvel Phase 5.

The upcoming Disney Plus series Ironheart is set to premiere in 2023 and will feature the acting talents of Dominique Thorne, Alden Ehrenreich, and Anthony Ramos. The series follows young inventor Riri Williams who creates her very own version of the Iron Man armor. We know a bit about the series from some leaked images which showcased the new armor and the villain, who is rumored to be Parker Robbins aka The Hood. While Ironheart is getting her own series, she will first make her debut in the upcoming film, Black Panther: Wakanda Forever before the beginning of Marvel Phase 5.

Agatha: Coven of Chaos is set to hit Disney Plus in the fall of 2023 and will feature Kathryn Hahn as the main character, Agatha Harkness. She is no stranger to the MCU having first appeared as the villain in Wandavision. Very, very little is known about this project but it is fair to guess that it will delve deeper into the magical realm of the MCU. In the comics, Agatha Harkness is a very powerful witch who often has ties to the Darkhold – a book of extraordinary evil. Since the Darkhold was destroyed in Doctor Strange in the Multiverse of Madness, it probably won’t be a plot point, but there is a slew of other artifacts and evil tomes that she could get her hands on in Marvel Phase 5. Hopefully, we’ll learn more about this project in the coming months.

Daredevil returns with a vengeance and fans couldn’t be more excited. Daredevil: Born Again will star Charlie Cox as Daredevil and Vincent D’Onofrio as The Kingpin in Marvel Phase 5. The project is currently in development and will likely fall after the events of the third season of Daredevil on Netflix. Charlie Cox is enthusiastic about the character and has done cameos in She-Hulk: Attorney At Law and Spider-Man: No Way Home. No word yet on if any of the other Defenders will be making appearances in the show or in the MCU, but there is always a chance. For now, fans can rest easy knowing another season of Daredevil is on the way.

Marvel Phase 5 culminates with the return of Anthony Mackie as Captain America in Captain America: New World Order. The film is slated for release on May 3rd, 2024  which means Phase 6 with begin in the summer or late spring of that year. Sam Wilson (Anthony Mackie) took up the shield at the end of Falcon and The Winter Solider. After defeating the Flag Smashers, Cap made an impassioned speech telling the country and the world that we have to strive for something better. Now that the groundwork and his origin story have been laid, the new film can focus squarely on the plot and what it means for the MCU moving forward. Based on the title, the film may shake things up as we know it in the MCU. However, we’ll have to wait until 2024 until we know what that looks like.