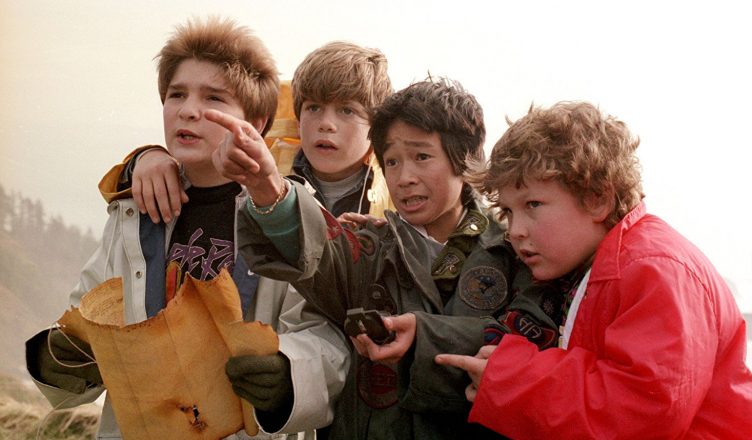 Despite being almost 37 years old, The Goonies is still absolutely cherished by fans just as much as audiences did when it was released in 1985. Of course, a film from the minds of Chris Columbus (Mrs. Doubtfire), Steven Spielberg (Indiana Jones) and director Richard Donner (Superman) would naturally be a classic film beloved by everyone.

The film follows a group of kids self-proclaimed as ‘The Goonies’ who discover an old treasure map and go on a hunt for gold in order to save their homes from being foreclosed. Not everything is as it seems as the kids encounter bullies and a family of criminals throughout their adventures.

Many mediums have been inspired by the film with notable examples including Finding ‘Ohana and Strangers Things to name just a few ultimately showing how much the original 1985 has inspired pop culture.

On paper, The Goonies does not sound like a cult classic but there are so many other elements that work together to make The Goonies so special.

Relatable for all ages

Unlike other films from the 1980s such as Beetlejuice, Beverly Hills Cop and The Breakfast Club, The Goonies is actually a film that can be watched by any age group. The beauty of the film is that whilst it sometimes straddles the line of being too scary for kids, it never goes too far over and stays family-friendly throughout.

The Goonies is one of the most wholesome movies out there with a celebrated group of friends that band together despite being different. They are a group of friends that look past money, status and appearances to create a friendship group where everyone is accepted and acknowledged for their strengths.

As the group is so big and diverse, everyone in the audience can easily relate to someone. Not only does the film showcase the strengths of each character, but also the weaknesses. Throughout the film, we see that the clumsiness and carelessness of Chunk (played by Jeff Cohen) is what gets him in danger with the Fratellis. But, it’s also this aspect of his character which leads him to befriend the wholesome but scary-looking Sloth (played by John Matuszak) and save the day.

None of the characters are perfect in this film, but that is why they resonate with audiences so much. All the characters have their own charms and characteristics that make them unique and relatable. The movie is essentially about outcasts, but everyone has felt like that at some point in their lives.

A film could be the most interesting and engaging movie ever, but it would be nothing without an incredible soundtrack. This is one of the areas in which The Goonies dominates and delivers a soundtrack that is absolutely astonishing. Steven Spielberg asked Cyndi Lauper to be the musical director for the album and she unleashed the perfect soundtrack.

The key song throughout the film is Lauper’s ‘The Goonies ‘R’ Good Enough’ which serves as the theme. It’s exactly what you’d expect in a 1980s film about children going on an adventure to find treasure. The song is upbeat and lighthearted with a catchy beat – what more could you want? Of course, it helps that Richard Donner actually directed the music video for this song and it included most of the cast from The Goonies.

Whilst Lauper spearheaded the soundtrack, all the biggest names from the 1980s were featured in it such as REO Speedwagon, Richard Marx, Luther Vandross, The Bangles and Philip Bailey. All of the artists were diverse enough to deliver something unique and unexpected from the soundtrack, which is ultimately why the soundtrack made it into the US Billboard 200.

Who wouldn’t want to go on an adventure with your friends to find treasure from a map that you found in your attic? This is literally everyone’s childhood dream but is made a reality for the characters in The Goonies.

After finding out that all of the homes within the Goon Docks will be foreclosed to make room for a country club, The Goonies gather for one final weekend and find a treasure map from the legendary One-Eyed Willy. Having nothing to lose, the group embark on an adventure of a lifetime evading booby traps and escaping a villainous group of criminals.

It’s not every day that you get to witness an adventure that is just so believable. There are no mysterious monsters or impractical traps, everything that happens within The Goonies is out of the ordinary but definitely not impossible. This is ultimately why it’s an unmissable adventure as audiences can easily picture themselves embarking on this remarkable journey.

The future of The Goonies

Every aspect of The Goonies just works together perfectly to deliver something that cannot be replicated. From the charming characters to the superb soundtrack, this film has everything going for it.

Since the original film was released, there have been rumours of a sequel for decades with so many different answers from the cast and crew. As of 2022, there has been no confirmed sequel but the film continues to live on through other mediums. In terms of video games, there have been multiple adaptations developed by Konami and Datasoft. Sadly, there have not been any new video game adaptations since 2007.

Thankfully, the game managed to find new life within the iGaming world with The Goonies slot series created by Blueprint Gaming. The original online slot even gave fans the much-needed sequel that they deserved.

Whilst fans of The Goonies may be waiting forever for a film sequel that may never happen, they can always go back and experience the film again or even try out one of the many video game adaptations. It’s easy to see why audiences continue to be obsessed with the film as it’s an utter classic that will never die.