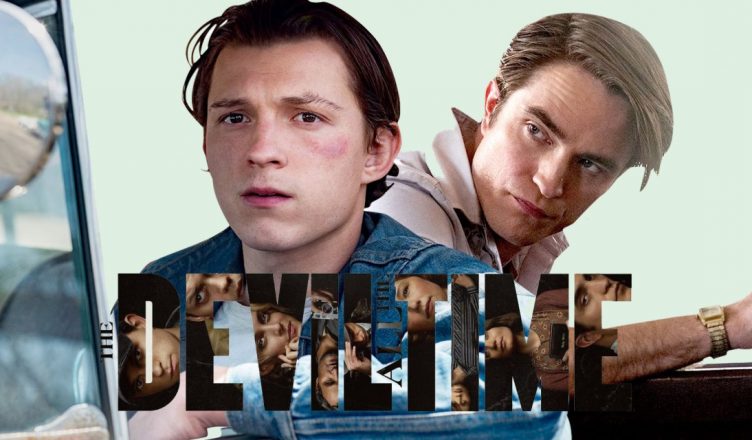 The Devil All The Time (2020) tells us the story of many people. The non-linear plot starts with a soldier returning from war and settling down with a waitress. The soldier and waitress then have a son named Arvin. The movie further tells us about a lonely girl falling for a preacher and giving birth to their daughter, Lenora. Then we see a serial-killer couple who likes to lure hitchhikers. Then, a dirty sheriff finding ways to get reelected. After a time gap, we witness the lives of Arvin and Lenora as teenagers and how they get involved with a dirty priest.

While all this may seem quite a lot to digest in a two-hour movie, it is commendable how well the movie managed to intertwine these stories together.

The Devil All The Time has some great key aspects. One of them is the non-chronological script. I really admire it when movies do not follow a fixed beginning-to-end pattern of story. I feel it gets very intriguing for the audience to watch a movie if it’s portrayed in a fragmented manner. This movie connected many stories into a single one while following a nonlinear narrative. This was one of my favourite parts of the film.

The behind the scenes narration was done by Donald Ray Pollock. Pollock is also the author of the eponymous book which this movie is adapted from. I loved the chilling narrative and felt that it gave more depth to the plot.

The huge classic soundtrack of this film included songs from The Stanley Brothers, Jimmie Rodgers, Billy Walker, Kay Starr and many others. I really enjoyed listening to the soundtrack as it matched perfectly with the setting and the mood of the story.

My favourite aspect of the film, however, was the spectacular acting. There is a huge cast involved. Tom Holland, Robert Pattinson, Bill Skarsgård and Eliza Scanlen are just a few of the talented people. Robert Pattinson, who played the role of a priest, gave a quirky southern drawl to his character. His acting was very admirable too. Tom Holland’s performance made me believe that he is a very versatile actor. The cast of a movie is a very significant part of its success and this one gets all the stars for it.

As I said earlier, the plot of this film is a lot to take. Sometimes it felt like I was watching five different movies at the same time. However, it gets much better once all the characters are properly introduced. The storyline is very turbulent and emotional. Many times I felt the need to pause the film and take a deep breath before starting again. The complicated plot was one of the main drawbacks of this film.

By the end, I was quite immersed into the movie. I was also very horrified due to the graphic scenes. Although the ending was justified, I still felt that it did not give me the closure that I wanted.

This movie is definitely not for everyone. It contains some very graphic scenes including violence, nudity and animal cruelty, which may be disturbing for some people.

That being said, it was quite a unique film which kept me engrossed till the end.

Soumya is a high school student who binge-watches movies on a regular basis and loves to engage in book clubs and movie marathons. She also wishes that she was born in the 80s.