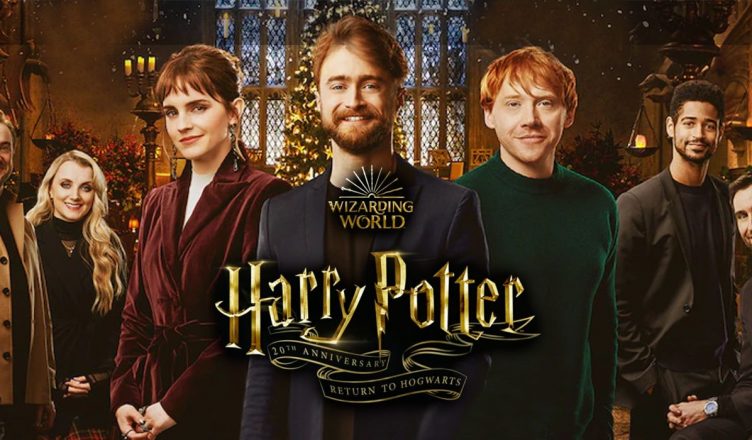 The episode very cleverly starts with this quote from Dumbledore, making us truly aware of how much time has passed since the release of our favourite childhood movie series. We see the cast members receiving their ‘Hogwarts letter’ inviting them to the reunion. The Christmas spirit, coffee shop, library—all of these give a similar feeling of warmth, just as reading Harry Potter books did. The older-but-familiar faces of the whole cast and the beautiful shot of Emma Watson walking into the Great Hall really takes us back to Hogwarts and down the nostalgic lane.
The initial scenes are enough to hook the audience into the familiar world of Harry Potter.

The chat between Daniel Radcliffe and Chris Columbus (director of the first two films of the franchise) was fresh and gave an insight into the making of the series. The whole cast shared their audition stories as well as what Harry Potter meant to them. 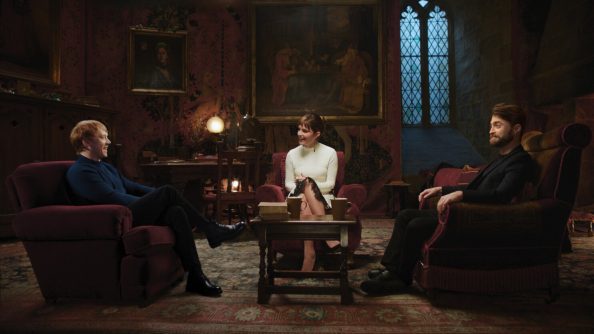 The trio consisting of Daniel Radcliffe, Emma Watson and Rupert Grint sat in the Gryffindor common room and talked about how it didn’t feel like so much time had passed since they were filming together, and expressed their evident love for each other.
One of my favourite BTS moments was during the filming of Philosopher’s Stone, when the actors had learned to play hand slaps and soon enough, everyone on the set was walking around with red hands.

While most of the attention was focused on the three main characters, we also saw Daniel Radcliffe talk with Helena Bonham Carter and Gary Oldman about their time on sets together. We also got a surprise when Helena revealed a very cute letter given to her by a young Daniel. While Gary and Daniel talked about the late Alan Rickman and that he was the only one who knew the fate of Professor Snape from the beginning.

The whole reunion has been divided into ‘chapters’ which feature the various themes recognised by the movies. Starting from the young and innocent age to the love-sick teen years to the grown up adults, the reunion felt like a metaphor which aimed to hint that the audience has grown up with the Harry Potter series itself.

The end, very wisely, was quite emotional. By paying a tribute to some of the significant actors who passed away, the reunion definitely made me shed some tears. 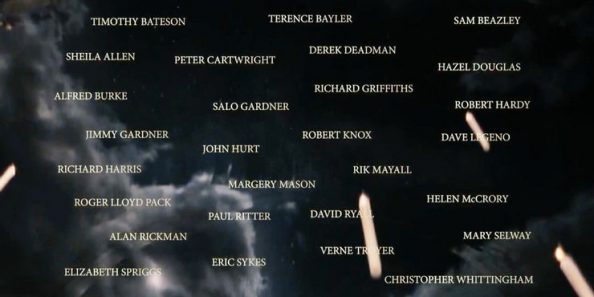 The very last scene of the reunion definitely summed up the entire thing beautifully. Those who’ve watched it, you know what I’m talking about.

The absence of the creator of this wonderful universe, J.K. Rowling, was definitely felt. While, there were a few scenes of her interview from 2019 to make up for it, the whole thing still felt a bit incomplete without her.

While most of the talks were raw and candid, there were a few times I felt some emotions were a bit forced. I think the talk between just Ron and Hermione was a bit unnecessary since the majority focus was anyway on the golden trio. 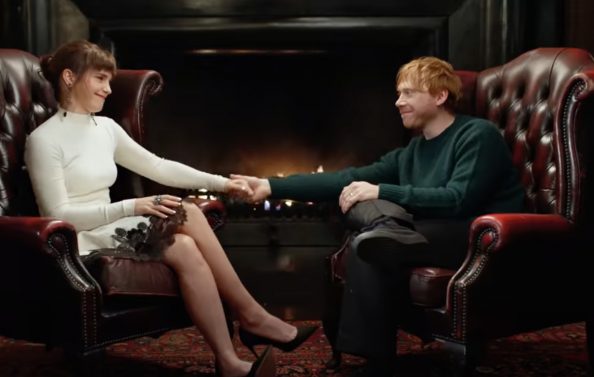 This reunion special was directed in the classic Harry Potter style. They recreated the magnificent sets from the movie and the same magic of the Harry Potter world. It makes you want to go back and rewatch those eight films which you grew up watching. The joy of seeing the familiar faces in the same place, at the same time was definitely overwhelming. It undoubtedly lived upto (and maybe exceeded) my expectations. 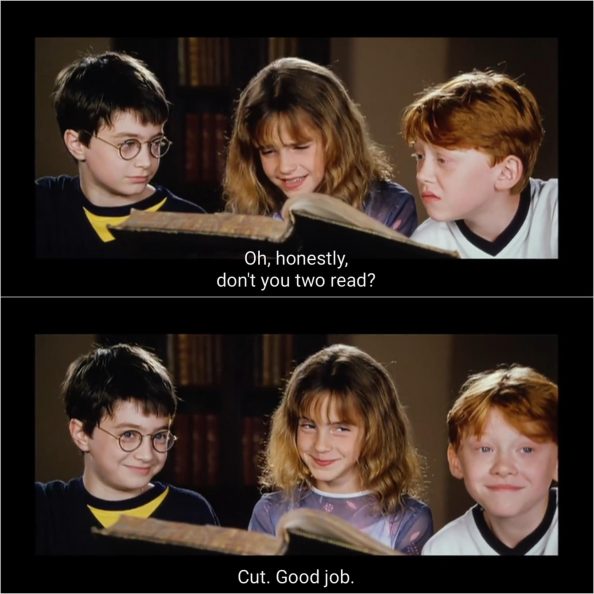 Don’t Look Up Review – Not their finest moment

Warsha (2022) – A Sundance Short About Identity and Freedom

The Matrix Resurrections Review: I Just Entered The Mehtrix