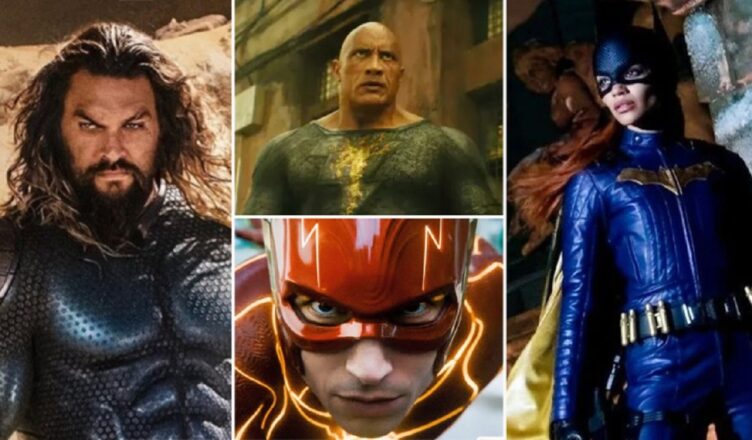 According to a new report, development has slowed on several DC projects including Supergirl, Green Lantern Corps, Static Shock, and J.J. Abrams Black Superman film. With the cancellation of Batgirl, the future of DC Films is up in the air. No one quite knows what’s going on outside of Warner Bros. and it seems like each day more news surfaces that make the DCEU seem like a mess. Several projects have been delayed, slowed, or canceled and hope looks dim for fans of the DC properties.

Amidst the chaos at Warner Bros., we know that several films are still happening. Shazam!: Fury of the Gods and Black Adam will be released later this year and The Flash is set to premiere next summer. Reports also indicate that a Black Canary film is still in the works. Beyond those projects, the future of DC films is truly unknown. The cancellation of Batgirl sent shockwaves through the fan community and apparently at DC Films itself. Reports indicated that DC Film’s President Walter Hamada almost stepped down and Warner Bros. Discovery CEO David Zaslav had vowed to “shake things up” and has called for a reset on the DCEU. We don’t know what that rest looks like nor do we know anything about Zaslav’s 10-year plan. It seems DC Films is in a state of flux and maybe a complete overhaul is in order.

More news regarding DC Films hit In a report published by The Hollywood Reporter, which indicates several projects have slowed production. Among these titles are Supergirl, Green Lantern Corps, Static Shock, and J.J. Abrams Black Superman film. None of these projects have seemingly gotten off the ground and not one of them has a director attached. We know that J.J. Abrams is producing the Black Superman film and Ta-Nehisi Coates is penning the project, but that’s about all we know.  You can see the full excerpt from The Hollywood Reporter below:

“More concretely, Warners had films based on Supergirl, Green Lantern Corps and Static Shock expected in the next few years, plus a J.J. Abrams-produced Black Superman film from writer Ta-Nehisi Coates. Development has slowed, with none of those features attaching directors.”

Since Warner Bros. and Discovery merged, it has been nothing but chaos surrounding DC Films. I love these properties and they seem to be getting done dirty. As a fan of Marvel as well we know that in the right hands, a shared universe of heroes can not only work, it can thrive. The MCU is a beacon that the DCEU needs to follow if they want to get out of this hole they are in. I’m not saying that DC Films should copy what Kevin Feige has done at Marvel Studios, but if they want to compete, they are going to have to get it together. The least they could do is to develop a slate of films and then actually make those films. It’s a simple concept that Warner Bros. seems to have a hard time executing. Time and again they announce films and then they get canceled, delayed, or don’t end up happening. It’s very frustrating as a fan to see the properties I love mishandled so egregiously. Maybe DC Films will get their act together in the future, but for now, the future looks bleak.