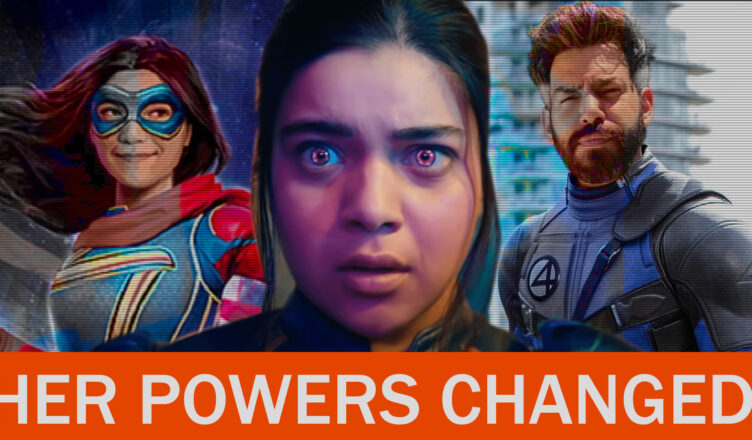 Kamala Khan is a character that has existed for quite a while in Marvel. Kevin Feige took over as Chief Creative Officer for Marvel comics in 2019. Since that time we’ve seen changes to characters, their origins, and now even their powers. Kamala Khan is a character that was first introduced in Captain Marvel #14 (August 2013) before getting her own solo series Ms. Marvel, which debuted in February 2014. Kamala was created by editors Sana Amanat and Stephen Wacker, writer G. Willow Wilson, and artists Adrian Alphona and Jamie McKelvie. Kamala is Marvel’s first Muslim character to headline her own comic book and now a TV show.

Fans of the comics are familiar with her origin and especially her powers. Kamala made her debut as a member of the Inhumans in Marvel comics. In Marvel, Inhumans are a species that is an off-shoot of the Kree. They have their own culture and practices and something of importance is their ritual of Terrigenesis. This ritual allows those with Inhuman DNA to go through a sort of metamorphosis that activates their latent special abilities. some Inhumans change physical appearance, some maintain their humanoid looks and just receive enhanced abilities. 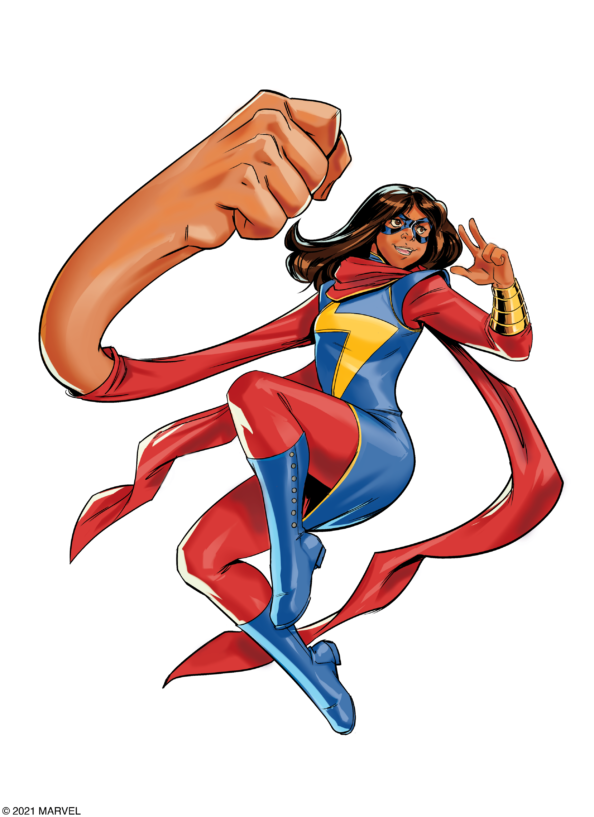 After Terregenesis Kamala received the powers to stretch and grow her body. Kamala has some form of morphing ability that allows her to transform her body into whatever she thinks of but she can also use her powers in multiple other ways. She can “embiggen” her limbs, neck, and torso, she can also shapeshift to resemble other people, and she can change the size of her body by either shrinking or expanding. Kamala also possesses a healing factor that quickly cures her of any wounds, but that ability has been shown to affect the rest of her abilities, as she is not able to access her full power set while healing. A lesser known power is Ms. Marvel’s ability to transform into inanimate objects.

There are few powers that are unique in Marbel Comics. There are a lot of characters that can fly, read minds, or heal from injury at superhuman speed. Most people notice that Kamala Khan’s Powers are very similar to those of Reed Richards of the Fantastic Four.

Now with Kamala getting her own tv show and with Kevin Feige tapping Jon Watts to direct Fantastic four, we know both characters will be a part of the MCU in the future. the question is, why are Kamala’s powers so different in the MCU? when the trailer made its debut most folks realized that the character had the personality down perfect but the power set was less Reed Richards and more Green Lantern.

Did marvel change Kamala’s powers so that Reed Richards could seem more unique when he makes his debut? Will Kamala’s powers change in the Marvel Comics to match her MCU counterpart?

We have so many questions but not enough answers. anyway, that’s all I have for this one.