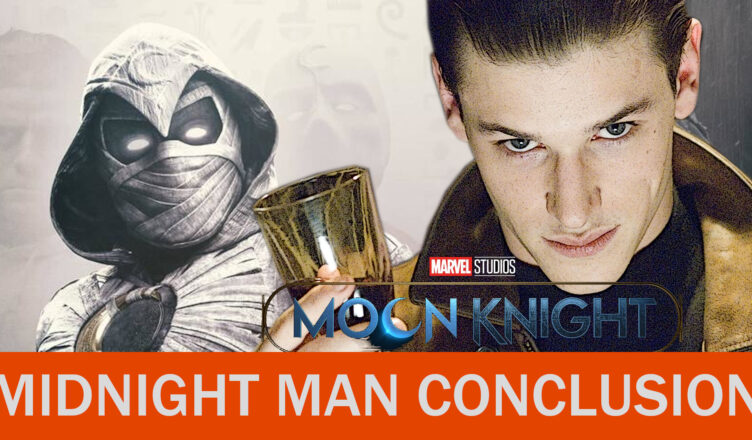 Now we’re finally at the conclusion of our trilogy of videos giving us the comic book origin of Anton Margot the Midnight Man.

In our last video, it was revealed that Anton Margot the Midnight Man had been working with Bushman this entire time to torture the life of Moon Knight. What’s interesting is Bushman starts talking smack to Moon Knight. He starts monologuing about how he remembers Marc before this whole Moon Knight thing. In his own twisted way, The Bushman feels responsible for Marc’s transformation into the hero Moon knight. And Bushman’s not wrong as he absolutely is the catalyst that led to Moon Knight ending up in service of Khonshu. 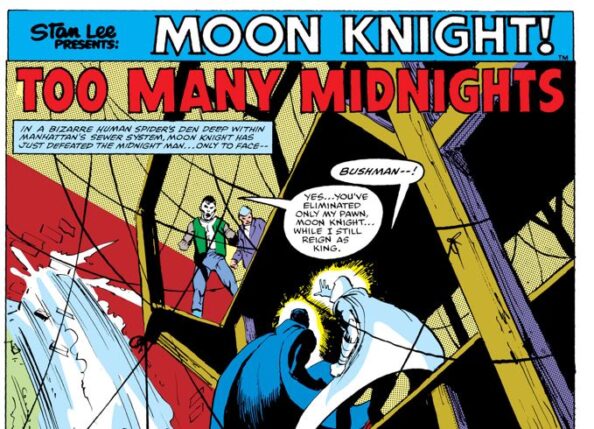 Now if you haven’t realized it yet let me tell you this: Marc’s psyche is pretty fragile. Marc’s struggling with all of his identities and is at risk of losing his sense of self. The Khonshu statue was a totem for Marc and helps him ground his sense of identity throughout his adventures. 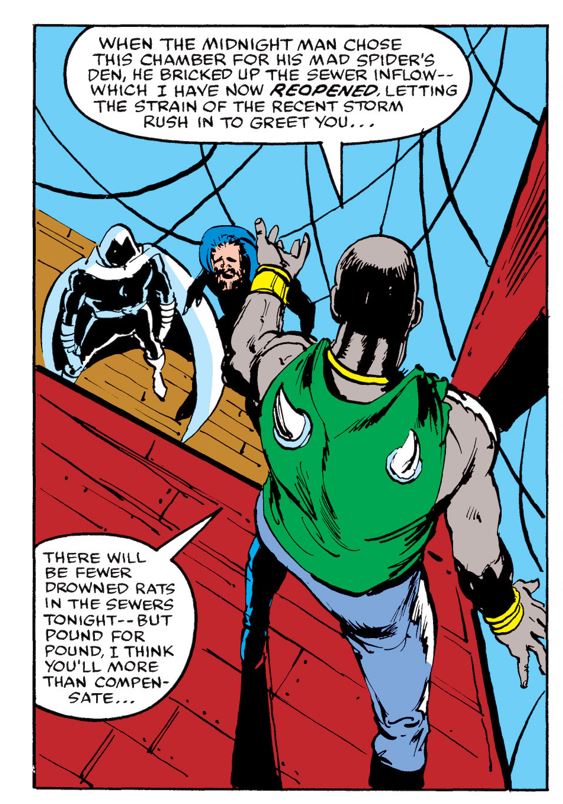 The Bushman reminds Marc that his statue is destroyed and sitting at the bottom of the cavern that’s now rapidly filling with water. This is devastating to Marc and the sight of his moon god is broken. He also takes this as his opportunity to escape from the cavern. Marc is frozen once it sinks in that his status of Khonshu is destroyed. Bushman makes his escape while Marc is frozen in place due to his confidence and sense of self-being obliterated by the destruction of that statue. It takes the combined effort of an alarmed Midnight Man and Steven Grants butler Samuels pleading with Moon Knight to help them escape as the cavern they’re in is quickly filling with water.

Now what happens next is probably the most prominent example of the fragility of Moon Knight’s mental health. Eventually, Moon Knight and his butler are made their way to shore but as soon as Moon Knight is on land he begins doubting his self-worth. The destruction of his statue of Khonshu puts Marc in a mind state that fully disassociates himself from all of his identities and instead refers to himself as a nobody. Marc goes missing for days until he is finally found in a park living as a vagrant and talking to himself. This is a really difficult time for marc and although he’s surrounded by friends and loved ones who encourage him to move forward, he doesn’t have self-confidence without the statue of Khonshu.

It’s at that time that Marlene reveals that the status that Anton Margot the Midnight Man and Bushman and stolen from Marc was actually a fake that Marlene kept on display while the real statue was secretly hidden in another location. She said she did this as a security measure to protect the original while keeping a replica on display. Marc sees this and begins to regain his confidence. His friends and loved ones are quick to point out that Marc has been able to do everything he’s accomplished with a replica and they try to convince him that his actions and abilities are derived from the statue but in actuality he’d been able to accomplish everything as moon knight under his own power. Marc claims he’s beginning to understand but you can never be sure with the creative ways that the artist likes to frame the statue in the shots. 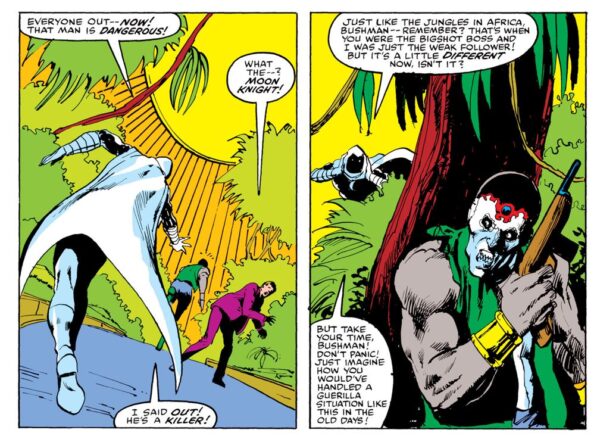 After some time Moon Knight decides to resume his investigation into Bush Man who had orchestrated a crime wave in moon knights absence. Moon knight doesn’t waste any time and is as flashy as ever by pulling up on bushman from his new and improved Moon Knight-themed helicopter. Bushman attempts his escape in a nearby car and eventually drives to the nearby botanical garden. While inside the gardens moon knight and bushman clash once again and engage in a fight. Bushman initially gets the upper hand due to his massive frame and experience as a soldier. Moon Knight however has his full confidence restored and is able to overpower bushman for the first time in a 1 on 1 fight.

What’s interesting is after The Bushman is taken in by authorities there’s a bit of an epilogue where marc in his steven grant persona is unwinding with Marlene but is shown studying the Khonshu statue. Marc asks Marlene to tell him the truth:

Was the shattered statue the replica and this was the real one, or did Marlene have a replica made after the original was destroyed? 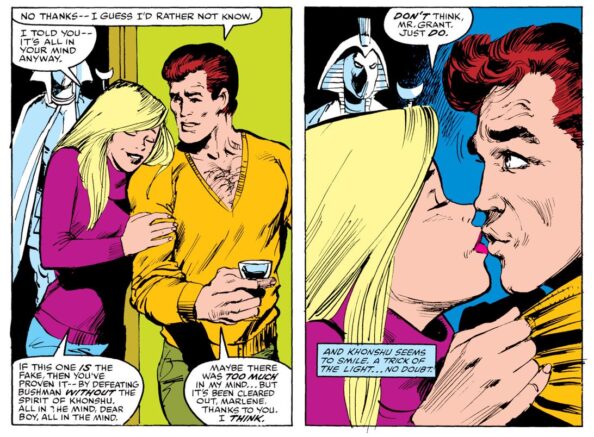 Marlene states that this is the original and tells Steven/Marc that he can have the status carbon-dated if he’d like. He wisely declines stating he’d rather not know. Wrapping up the story on this adventure.

Anyway thanks for sticking with me for this whole trilogy on the full comic book origin of the character known as Midnight Man.

That’s all I have for this one, I’ll check with you guys later. Peace.

Bel-Air: Why Uncle Phil Made The Right Decision And Saved Everyone