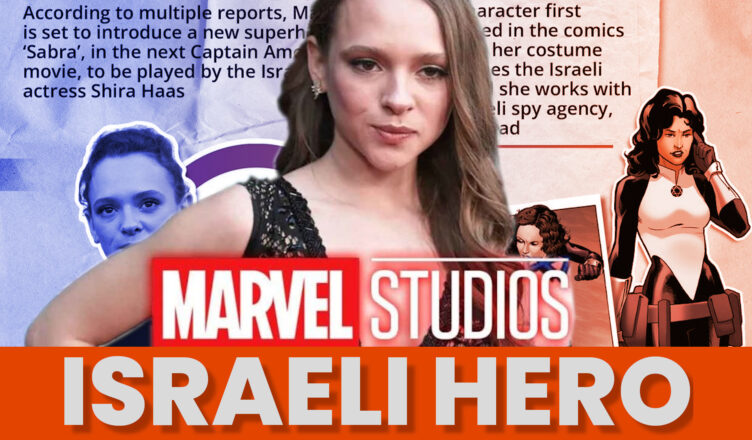 Marvel Studios is taking to “new approach” to Israeli superhero Sabra in Captain America: New World Order. Sabra was first introduced in the early 80s in the Incredible Hulk series of comics and was a mutant Mossad agent. Her presence in the comics brought readers straight into the world of the Israeli-Palestine conflict. In Captain America: New World Order, Sabra will be played by Emmy nominee Shira Haas and her casting has sparked a bit of controversy.

Marvel Studios is changing things up and taking a different approach to Sabra for the upcoming film, Captain America: New World Order. While we don’t know what this new approach is yet, it is bound to be different than her comic book counterpart. Although the changes are unknown, her casting has sparked some controversy among comic book fans and people in general. Sabra’s impact on the sociopolitical landscape of Marvel Comics was substantial and comic book fans are notoriously protective of their beloved source material. While Sabra is a controversial figure, any changes might be seen as controversial as well to comic book fans. This puts Marvel in a pretty tough spot. In a statement to Variety, Marvel had this to say about their new approach to the character of Sabra:

“While our characters and stories are inspired by the comics they are always freshly imagined for the screen and today’s audience, and the filmmakers are taking a new approach with the character Sabra who was first introduced in the comics over 40 years ago.”

While we don’t know what the change is, it’s a fair bet that Marvel will be respectful and do what they think is best. I have no skin in the game one way or the other but I can also see how her inclusion in Captain America: New World Order would strike a nerve with fans and people in general. The Israeli-Palestine conflict is something that is complex and I’m not even going to begin to pretend that I fully understand it. That being said, Marvel has faced controversy before and has come out the other side perfectly fine. I’m sure Marvel wouldn’t include a character they thought would offend a large section of the population. The thing is, we just don’t know yet and in the absence of knowledge, we tend to think the worse. The truth is the controversy will likely dissipate once the movie premieres. Captain America: New World Order is set for release on May 3, 2024