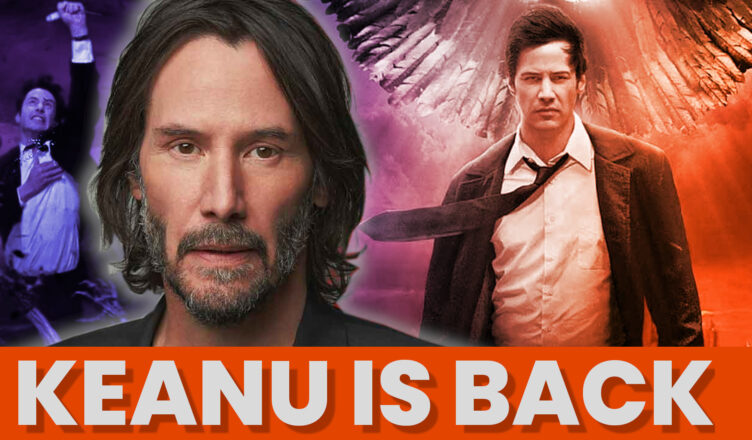 Constantine 2 is officially happening and Keanu Reeves will return in the titular role. Constantine first premiered in 2005 and was not a huge success at the box office. It grossed a total of $230.9 million worldwide against a budget of around $100 million. The film received mixed reviews from both fans and critics with a disappointing 46% on Rotten Tomatoes. Despite the bad reviews and poor box office take, the film found new life on video, streaming, and cable. It became a cult favorite after the fact and fans of the film have been clamoring for a sequel. Well, it looks like they will get their wish.

It’s official, Warner Bros. is making Constantine 2 and Keanu Reeves will return as Constantine according to Deadline. Akiva Goldsman will pen the screenplay and Francis Lawrence will return to direct. Francis Lawrence made his debut directing the first film, so it’s fitting that he return to direct the sequel. Lorenzo DiBonaventura and Erwin Stoff will serve as executive producers on the film. Bad Robot’s J.J. Abrams and Hannah Minghella will also be producers on the upcoming project. No other details have been revealed at this time, but it seems like Warner Bros. finally heard the fan’s cries for a sequel.

This is great news no matter how you slice it. Constantine was severely underrated and I freaking love that movie. Sure, it has its flaws, but it’s extremely enjoyable. I’m not the biggest fan of Keanu in the role and I much prefer the Arrowverse’s, Matt Ryan. But, I think Reeves did the best he could with what he had. It’s interesting to see where they take the character. The movie came out 17 years ago, so they are going to have to explain the time jump, but that’s an easy fix. They might throw him in Ravencroft or something. I also hope they bring some of the supporting characters back because they made the film for me. Gavin Rossdale, Shia LeBeouf, and Djimon Hounsou should all come back. And let us not forget about Peter Stormare as Satan. He was amazing in that role. I hope we get some casting announcements in the coming year or so, but for now, I’m just super stoked that Constantine 2 is happening.