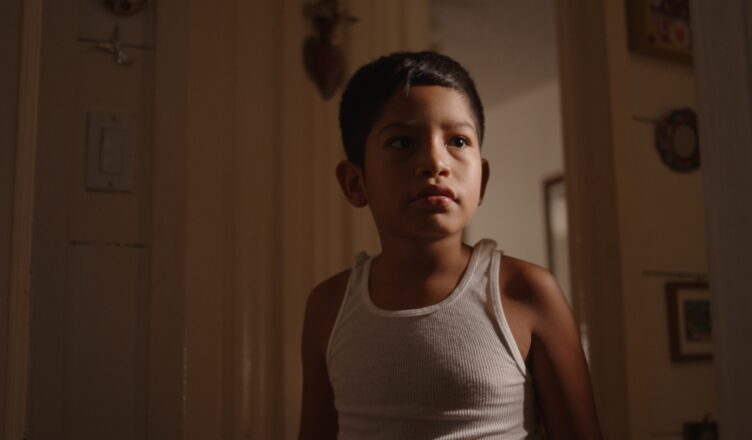 Lodo is a short film about Eru, a ten-year-old boy who accompanies his grandmother to the cemetery on the anniversary of his mother’s passing. Later, he returns near the cemetery to play soccer with his friend although the cemetery caretaker warns them not to out of respect. When the ball falls into the sacred grounds, Eru must enter. In his attempt to retrieve it, he falls into the mud surrounding a tree.

Eru sinks into a trance-like state from unexpected encounters, haunting dreams and an unlikely visit from his mother’s spirit. Upon learning of her grandson’s actions at the cemetery, the knowing grandmother removes the energies affecting Eru using native medicine. After the cleanse, Eru learns the caretaker has been a guardian all along and has a message from his mother. These profound discoveries give Eru solace and a better feeling of the place he occupies in the world.

Lodo has a serene setting that lulls the viewer into Eru’s world and makes us relate to his grief. It incorporates spiritual/supernatural elements seamlessly–bringing us from reality, to dream, to the supernatural with believable transitions. There were a few genuinely unnerving moments, such as the unexpected presence of the caretaker in the cemetery and the dream where he encounters unexpected guests in the house. These moments, in addition to the excellent makeup and visual effects, makes it a pleasant film festival watch.

The performance by Laura Patalono as the wise grandmother of Eru gives the film much of its life. She comes across as a hard-headed, but loving woman who is trying to be strong for her son. Her character is similar in some respects to the Godmother in classic fairy tales who helps a naive protagonist out of his/her predicament.

It’s this magical element that gives the film its strength. Despite many films having a secular quality in the 21st century, Lodo departs from this and brings some magical realism to the screen.

At times, the film was unsuccessful in evoking the intended emotions. There were a few factors that caused this, one was Eru’s acting, which was at times a little stilted. And secondly, there wasn’t enough exposition about the mother to make her feel like a real person to me. Some viewers may disagree and believe that the choices that were made were just enough. Some audience members, however, might be harder to reach emotionally.

Lodo is Alessandro Gentile’s directorial debut, although he’s no amateur in the film industry. While Lodo may have some flaws, it has parts that make it a memorable and heartfelt film because of its universal theme of loss. Its cinematography and music are also spot on and help create a mystical ambience. Ultimately, this film proves Gentile’s talent in constructing a unique narrative that combines spiritualism with a down to Earth realism about the effects of grief.