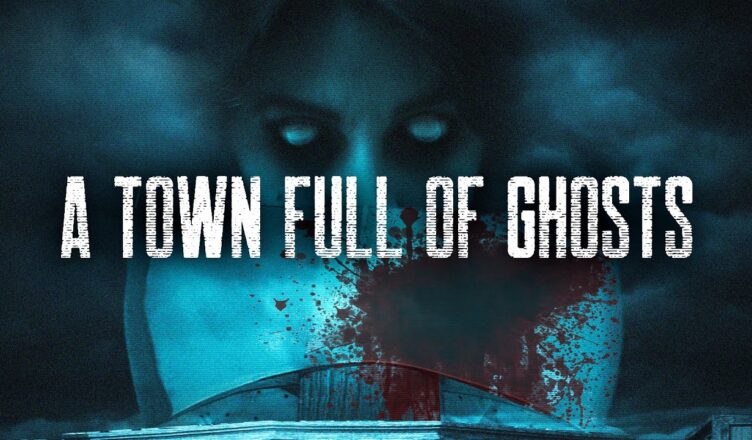 A Town Full of Ghosts Synopsis: Mark and his wife Jenna sell everything they have to purchase a western ghost town called Blackwood Falls in the middle of nowhere. They plan to turn the ghost town into a tourist attraction with hotels, restaurants, and attractions. They hire a small film crew to document their journey and upload the videos to their video channel.

When funding falls through, they find themselves stuck in the middle of nowhere. Things take a twist when Mark discovers the town has a horrible history of death. He secretly digs deeper into the past and stumbles upon something evil.

Tensions start to rise when one of the film crew goes missing, and everyone finds themselves trapped in the town. Jenna comes up with a plan to escape, but Mark begins to lose his mind and takes matters into his own hands. 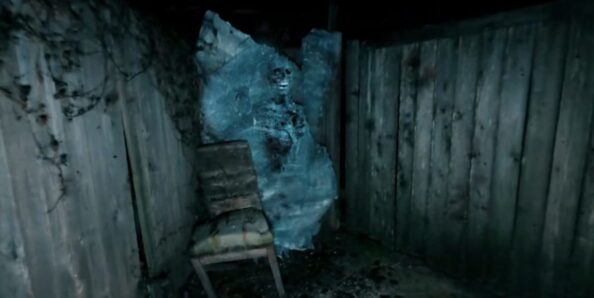 Found footage, creepy pastas, and mysterious live streams all play a role in our lives as a kind of 21st-century folklore. Rather than turn on a traditional horror film, such as Saw or Halloween, our sense of fright is more readily connected to what is real–or at least what we’re being told is real. Popular YouTube channels answer to this new type of horror, including Lazy Masquerade, Corpse Husband, and Nick Crowley. A Town Full of Ghosts utilizes this trend well by creating a horror film that borrows from both the internet and popular horror films like Blair Witch, Paranormal, and even The Shining.

I admittedly didn’t go into this film expecting to enjoy it as much as I did, but I found that the acting by the main characters was convincing enough to appear as if they were performing on a live stream or reality show. Mark’s ambitions, though extravagant, fit with the modern preoccupation with social media celebrity and creating fulfillment through risk and material gain.

In addition to having a relevant plotline in its own right, the nods to older horror films give it an enjoyable angle for film buffs. Mark takes on a Jack Torrance-like descent into madness, but while this reference to The Shining feels quite obvious, he does not overplay it or resort to blatant imitation.

The film moves at a fast clip, which is another strength. Sometimes films like Paranormal can drag during their attempts to create tension, but A Town Full of Ghosts keeps us engaged in relevant details in the Wild West ghost town, and even if it doesn’t succeed in every scare, it still provides an intriguing setting and solid digital effects.

While it is good that the film moves along at a fast pace, it does impact our ability to become invested in the ill-fated characters. It was only able to care about the characters’ predicament by comparing them to real life horrors that have made it on the web. A scene near the end was especially reminiscent of some true crime incidents that allegedly made it on such sites as Reddit or 4Chan.

As I mentioned above, the jump-scares weren’t always successful, especially for those who’ve watched many horror films prior to this. They seem like an obligatory part of nearly any scary movie, even if they’re often ineffectual. However, this film doesn’t rely so heavily on jump scares that you can’t appreciate the general creepiness of the effects and acting.

Perhaps the only glaring flaw is that it isn’t clear who possesses Mark and why. Given the backstory of the ghost town, it doesn’t make sense why he was chosen by the ghosts and why the others weren’t also subject to possession by malevolent entities.

A Good Popcorn Flick for the Internet Age 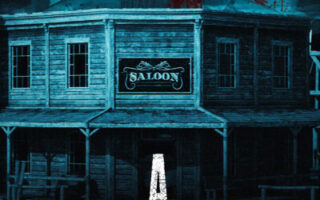 The old time, Wild West setting, replete with twangy music and a haunted saloon makes for a fun, spooky atmosphere. The site where it was filmed is the J Lorraine ghost town in Austin, Texas, which one can visit if they want to go on their own sinister excursion. And this is also part of the film’s appeal. Like a YouTube channel, it promotes a travel spot, thus making the viewer more a part of the journey than they would be if it was shot in a studio.

Who knows? If you take your camera out there maybe you too will get 1000s of followers and a bizarre story that will go viral. But if you’d rather stay home, I recommend hopping into bed with a bowl of popcorn and switching on this film before turning in for the night.