When an explosion in the Norwegian mountains awakens an ancient troll, national officials appoint a fearless paleontologist to put an end to its devastating and deadly havoc.

Norwegians, including we of familial descent, are big on trolls. Big trolls. Like, REALLY big.

Used to be bigger. The focus, not the creature. Legend has it that when King Olaf The Holy “Christianized” Norway in the late 9th/early 10th centuries, he decreed that all credence invested in the existence of trolls shall cease. And so it is said that the entirety of these colossal species then disappeared underground, ever since existing beneath the myriad of majestic mountains crowding the north of Norway.

Once again they live large in the new Netflix action-adventure drama “Troll”. Or at least one of ‘em does, that is.

Don’t mess with the Mountain

Stirred from deep beneath the remote Dovre Mountain by man-made munitions he is unleashed upon a panicked public. And, man, is he pissed. His relentlessly destructive goal: Get to the Royal Palace in Oslo and reclaim his rightful perch upon the nation’s throne.

The measure of Norwegian military is rendered powerless to stop this ferociously determined pilgrimage through the rugged back country. The future of an entire country comes to culminate on the lovely cum gritty shoulders of renowned paleontologist Nora Tidemann (Ine Marie Wilmann in a fine multi-layered performance). As a girl, Nora was raised on the mythical magic of the monsters by her troll expert dad, Tobias (exquisite work by veteran pro Gard B. Eidsvold). Over the years she has dismissed the notion that the behemoth beasts are real. But Tobias inspires his daughter to, as he has always implored, “believe it and you will see it.”

And Nora sees plenty more than she wants to, including heart-shattering tragedy.

Does Nora save the day for all of Norway? Well, don’t look to me for the answer. Never one to be “That Spoiler Guy”, I recommend that you watch “Troll” and find out for yourself. And if you do so choose, strap in tight ’cause you’re in for one hell of a roller coaster ride, my friend.

Oh, there’s the Scandi requisite recognition of all things “Green” versus the thoughtless ravaging of Mother Nature by the callous and the greedy. And the almost anti-Christian subtext may be troublesome for some, particularly to fellow believers (Hey, trolls aren’t fans).

But all in all it’s all good fun. And, gosh darn it, we deserve a heaping helping of that coveted commodity for the Holidays, don’t we? And beyond.

And finally, this. Considering Nora’s sly smile, followed by this ominous final scene from inside a now-abandoned Dovre Mountain, can “Troll 2” really be looming very far behind now?

We can only hope!

“Troll” opened as the number one movie on Netflix.

Cool Conversations with Wildly Creative Independent Entertainers!
On my YouTube Channel @ this Link:
(1) Conversations with “THE QUICK FLICK CRITIC” – YouTube
SUBSCRIBE for FREE and be notified the moment my next new episode drops! 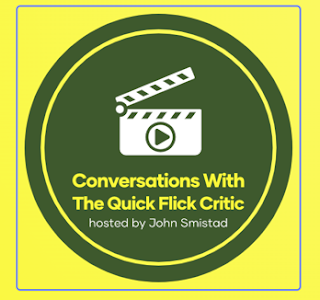 Stirred from deep beneath the remote Dovre Mountain of north Norway by man-made munitions, an ancient troll is unleashed upon a panicked public. And, man, is he pissed. His relentlessly destructive goal: Get to the Royal Palace in Oslo and reclaim his rightful perch upon the nation’s throne.

Avatar The Way of Water 2nd Viewing Out Of Theater Reaction