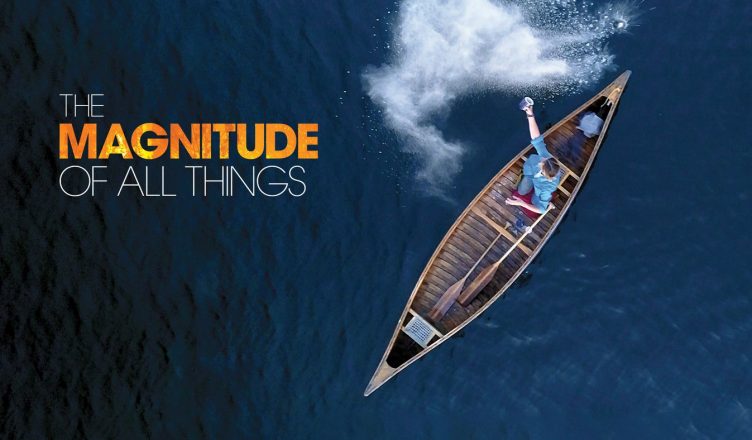 In Jennifer Abbott’s cinematic journey, the Sundance award-winning Director (The Corporation) draws intimate parallels between the experiences of grief—both personal and planetary. Stories from the frontlines of climate change merge with recollections from the filmmaker’s childhood on Ontario’s Georgian Bay. What do these stories have in common? The answer, surprisingly, is everything.

The Magnitude of All things is being screened at the Glasgow Film Theatre November 6th and 11th during COP26.

The Magnitude of All Things is a visually somber and emotionally visceral tale of human/nature connectedness, designed to impel action on climate change. One of the strengths of the film is in its avoidance of facts that appeal strictly to the logical side of the viewer. Instead, Magnitude strings together narratives of grief to make the viewer connect climate change to real human problems rather than abstract statistics.

The pathos of the film should depoliticize what is often considered a highly partisan issue. What touches all life and all ecosystems should, in theory, be apolitical, and images of raging fires in Australia, melting ice in Newfoundland and Labrador, and the dying Great Barrier Reef should drive home the universality of the problem. For many of us, it succeeds in tapping into deep concern over the planet’s fate.

The catastrophes are imaged like a slowly breezing pall that tells of the nearly irreversible tragedy in which we’ve found ourselves. The film draws seamless parallels between the personal and the global as the insidiousness of cancer is presented as an analogy to the climate crisis. Magnitude’s famed director, Jennifer Abbott, recounts intimate stories from her own life that are as impactful as ones on a global scale. In doing so, Abbott makes it impossible not to shed tears over the loss of life that has occurred and will continue to occur.

While the film’s message seems purely dismal, this is actually one of its strengths. Abbott is aware of the weightiness of the film and addresses it directly. With appearances by Greta Thunberg and the founders of Extinction Rebellion, the seemingly cynical message is defended as they say that change cannot occur if we are too hopeful. Hope, they say, could lull us into complacency. In a world where hope is supposed to prevail in political messages, Magnitude aims to depart from the norm, and from politics as a whole.

Speaking personally, the success of this film is that it links humans inextricably with the ecosystem and makes us begin to care about the problem–and caring is the first step to action.

The 80 minute length of the film, coupled with its slower pace, could test the patience of younger audiences who are used to fast-paced filmmaking and the brevity of shorts on YouTube, Tik Tok, and other social media outlets. This is a relevant point because the ideals and goals of the film are only useful if they’re wide-reaching. How can any piece of rhetoric that aims to change a global problem be useful when it speaks to a niche audience? That’s not to say this documentary isn’t worth the time it takes to watch it–it absolutely is. Perhaps the trouble is that similar messages need to be disseminated more widely on social media to create a broader response.

The second problem with this documentary is in the way it eschews politics. Empathy and humanity are at the film’s core, not debates, bureaucracy, and money. Yet once we take a step beyond the important first step of caring, that next essential step is action–and we’re then forced to reckon with disagreements on how to take action. Because of this, the film’s apolitical claim might not win over prominent right-wing factions because, to them, this film might feel like subtle propaganda from the left.

There’s a delicate, melancholic beauty to the cinematography that quietly reels the audience in with gossamer subtlety. Particularly stunning are transitions from what we think is majestic snowfall to what is actually ash from a forest-fire, affecting all within its wide range. Each lingering shot invites reflection, much like a piece of writing from Thoreau. We’re asked to take in the burnt trees in Australia, heat-exhausted Koalas being gently lifted out of infernos, and a cancer victim engaging with a nature that’s experiencing loss.

Also important is the mention of indigenous rights within the context of climate change. As the Inuit of Nunatsiavut see their land lose its integrity as they continuously struggle to gain full autonomy over the lands they’ve been stewards of for millennia.

Complementing all of the appearances of these real people and activists who comment on grief and climate change is extra dramatization brought by the actors. While some documentaries have made abrupt transitions between reality and fiction, Magnitude elegantly coalesces dramatic performance with the real portions of the film.

Final Thoughts – Where Does The Magnitude of All Things Lead Us?

This film made tears involuntarily well up in my eyes more than once, but I wondered whether harder-headed individuals, the ones who think solely about the here-and-now, would react to the narrative Abbott carefully wove for us.

What Abbott shows us is that climate change is first and foremost a problem of empathy. You begin to care deeply, and the level of caring and appreciation for the severity of the problem informs one’s actions. But what happens if the pathos of the film is lost on those who don’t already sympathize with its message?

This may be a time for grieving what’s lost or what is soon to be lost, but Abbott and others believe it should also be a time for action. Abbott wants “the real work to begin,” but how much grief will the world face before we turn our grief into action?