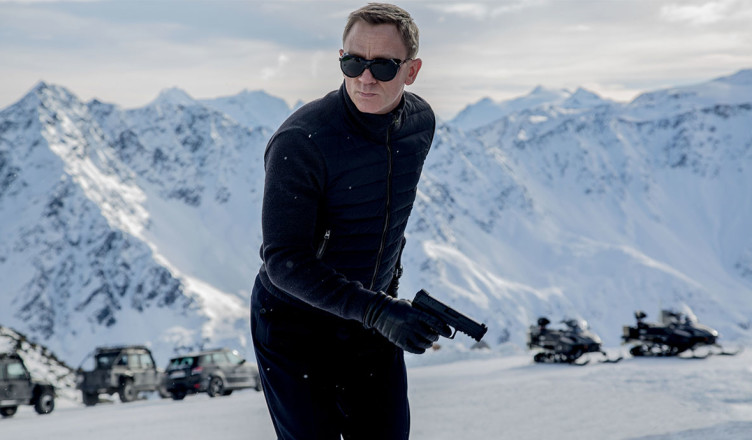 It’s a bird! It’s a plane! No, it’s just the latest Bond gadget. For nearly 50 years, James has been using gadgets to help him complete his missions and we’ve been watching them grow more sophisticated over time.

But how much of what we see in the movies is actually possible? We put some of 007’s most famous devices to the test and found out which ones are real-life spy tools and which ones only exist on the screen.

But what do all these gadgets have in common? Air. That’s correct, Bond’s most common theme in his spy gadgets is something we all have, all the time!

Ok, well it’s compressed air. A commodity we may take for granted, but the experts at Direct Air know just how essential compressed air is and how it can shape a good agent.

We asked them about these featured gadgets to get their insights into just how realistic they are and what we’d need to do to have these in our collections.

Why do we love James Bond Gadgets so much?

Why do we love James Bond Gadgets so much? It’s because they make us feel like an agent in a spy thriller.

We love the spy thriller genre because it gives us an opportunity to dream about what we could do if faced with similar circumstances. When someone watches a show or film within that genre, they get caught up in that fantasy world and want to emulate their favourite hero or heroine’s behaviour when put into their own scenario.

James Bond is not only badass, but he’s also suave and debonair. He’s the ultimate spy, with an arsenal of gadgets that make him unstoppable in any situation.

When you think about it, though, James Bond is not superhuman; his gadgetry makes up for whatever he lacks physically. Put yourself in 00-agents shoes – what would your secret weapon be?

This is one of the most iconic gadgets. Bond places a capsule inside the mouth of the bad guy while they are battling in the water. After Bond promptly jumps out of the shark-infested pool to get away, the bad guy seems to ‘inflate’, rise up and explode on impact with the ceiling.

So, is this possible? Firstly, we would question why anyone would want to do this to another person, it seems like a very grizzly death! Well, let’s say we have a good reason to, will it work?

The answer is no. The amount of gas needed to lift the weight of a full-grown man would be insane and definitely wouldn’t fit inside something that fits in our mouths. Even trying to get that much helium into someone, their organs are likely to explode before they even reach an inch from the floor.

Let’s not forget the simple fact that it could simply spit out before damage occurs, which makes us question why it works so well for Bond?

This is a gadget we’ve seen in more than one Bond film. It’s strapped onto Bond’s wrist and can shoot special darts that explode or instantly knock out the enemy.

There are so many ways this could go wrong for Bond, but let’s say it works perfectly every time: Is it possible?

The answer is, no again. The amount of kinetic energy from compressed needed to shoot a dart that far and with enough force to knock someone out would be insane. It’s not like you can strap your wrist darts on the back of your hand so they stay hidden while you’re shooting – if anything it makes them more obvious than ever!

Not only that, but the dart would need to be injected directly into someone’s neck or it won’t work. That means you’d have to get within a few feet of your target while they are awake and conscious – not very likely for Bond!

Talk about the water ball used in the film diamonds are forever .

This gadget is basically a flotation device that uses helium for buoyancy.

Well, it’s certainly possible to have an inflatable object of this size float in the water – but would it hold Bond? We know he has done his fair share of underwater work so he definitely needs something like this!

The answer is yes! Have you ever been water zorbing? It works in a very similar principle. The main issue we have with the film’s version is Bond launches it from his pocket. Have you ever tried to blow up a zorb? The amount of air needed is huge! You certainly can’t fit an air canister that large in your pocket.

To make it realistic, you’d have to wear a canister on your back, or make sure you always have one near somehow and connect the two when needed, perhaps not best in an emergency.

What did the experts say?

While 007’s gadgets are undoubtedly awesome, in reality, the less thrilling element of health and safety seems to have been forgotten in the Bond movies. Many of Bond’s gadgets require the air to be inhaled by Bond himself. Breathing in compressed air after compression is actually incredibly harmful and anyone who knows their way around this kind of equipment would never recommend doing so.

Safety aside, the practical side of these gadgets don’t seem to line up. As a secret agent, the ability to be undetected is crucial. The sound levels of compressed air can be anywhere from 35 decibels to upwards of 120 decibels. Not only will this give away anyone’s position, but the higher levels can cause permanent damage if the correct PPC isn’t worn!

Overall, while incredibly cool, these gadgets are simply not practical in the real world and anyone wanting to make copycats needs to seriously consider the health and safety element

So overall, these gadgets aren’t completely beyond our reach, but it looks like Q needs to think more about health and safety standards and air capacity in 007’s pockets!