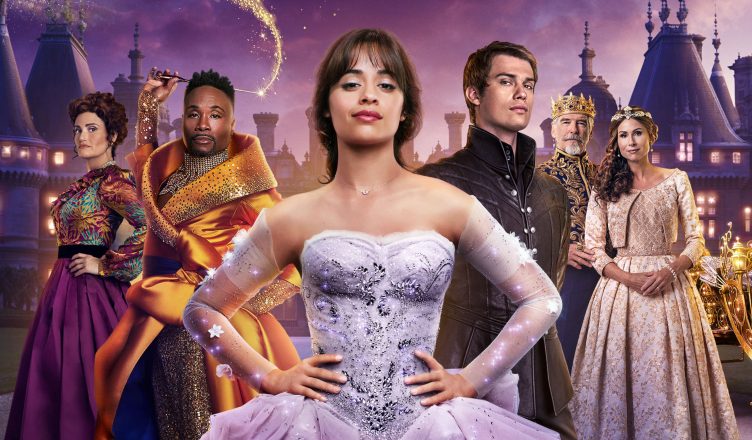 Cinderella is probably one the most popular fairytales out there, and rightfully so. It has it all—happy ending, handsome prince, evil family members, magic and a too-kind-for-the-world female lead.
With the traditional fairytale being adapted various times already, one might think there’s nothing else left to explore. The all-new Cinderella proves us all wrong.

Cinderella (2021), directed by Kay Cannon, released on Amazon Prime on September 3. This adaptation introduces the traditional fairytale with a modern twist. The female characters are given more recognition as they break down the patriarchy, the LGBTQ+ community is represented by the gender-less godparent played by Billy Porter, and the main lead Ella is more focused on building a career than falling in love.

I was a bit surprised when I first found out that Camilla Cabello would be playing the lead role in Cinderella. However, after watching the trailer, I was really excited to witness the singer’s acting debut. Cabello proved to be a great actor, and an even better singer. Ever since I finished watching the film, I’ve been listening to Million To One on repeat.

Other than Cabello’s Ella, some characters which I found interesting were King Rowan (Pierce Brosnan), Princess Gwen (Tallulah Grieve), and the three mice played by James Acaster, James Corden and Romesh Ranganathan.

This new Ella was determined to start her own fashion line, and I loved that. She was ambitious, independent and confident—which were quite refreshing character traits for her. The diversity in the film was evident. Shifting from the conventional Fairy Godmother to the Genderless Godparent—Fab G—was a bold and an admirable move. 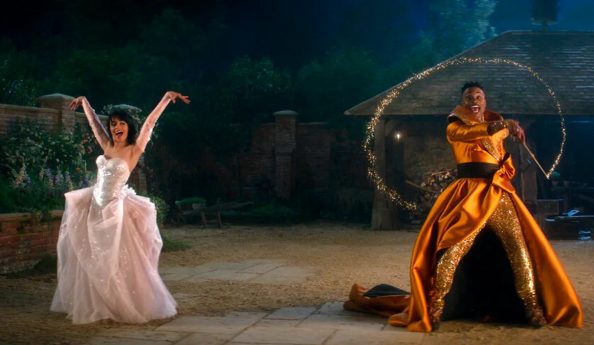 While this Cinderella was quite a satirical take on the traditional fairytale, I felt that sometimes it went overboard with the sarcasm towards the original plot. There were a few plot inconsistencies. The evil step sisters weren’t really evil. In fact, they barely had a role other than ogling their neighbour farm boy. Giving an emotional backstory and a redemption arc to the evil stepmother (Idina Menzel) and the tough King’s sudden change of heart, felt too unrealistic.

My least favourite aspects of this film would be the theme and the setting. It is evident from the corsets, dresses, and the props used that the film is set in a historical period of time. However, the modern slangs and pop music breaks that consistency and makes it hard to watch. Instead of a traditional setting with modern twist, this film would have worked better if it was set in the modern world itself.

Talking about pop music, the all new Cinderella is a jukebox musical. It features covers of popular hits, as well as some originals. Some of the covers include Queen’s Somebody to Love, Madonna’s Material Girl, Nico & Vinz’ Am I Wrong and Ed Sheeran’s Perfect. While all of these songs are quite beautiful (and my personal favourites), they felt out of place with the theme of this film. The soundtrack selection could have definitely used some more research.
Other than pop music, there were also hints of hip-hop with some unexpected rap sequences. In my opinion, it only made the plot feel more unorganised and haphazard. 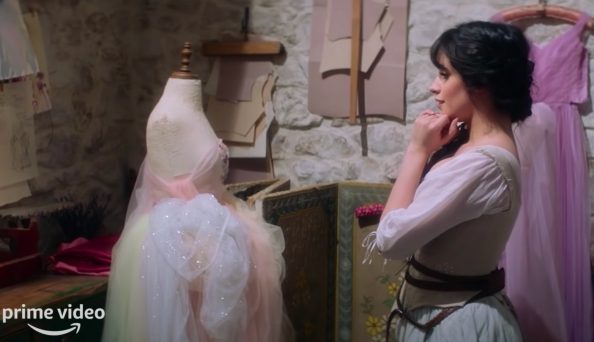 The cinematography is a huge part of any film, and a bad colour palette can distract the audience from the plot. Which is exactly what happened in this film.
The bright and vibrant colours did not go well with the setting and the plot. During the wedding ball scene, I felt that the vivid and sparkling dress-up of the other women overpowered the scene, and removed focus from Ella.

Adding to the list of everything that could have been better in this film, the new addition would be the screenplay. While some of the dialogues successfully cracked me up, most of them felt awkward and forced.

With its pop music soundtrack and almost-chic theme, Cinderella felt similar to the Pitch Perfect series, which is also directed by Kay Cannon. While the modern approach to the plot was refreshing, it wasn’t executed properly.

The younger audience would definitely find this film to be more fun and inspiring to watch. As for me, I did not enjoy this musical-drama at all.

I think we should put a pause on the Cinderella remakes for now.