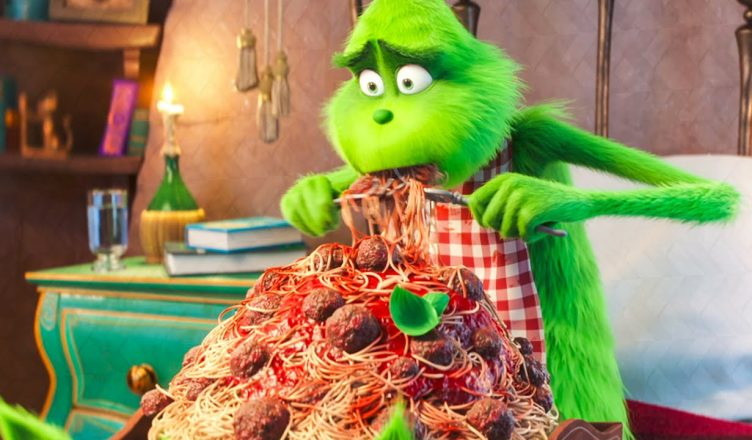 We are all familiar with the popular children’s book How the Grinch Stole Christmas! by Dr. Seuss. The book is widely acclaimed for its amusing word play and humour. Based on this book, The Grinch was released and distributed by Universal Pictures on November 9, 2018.

Very much like Scrooge from A Christmas Carol, Mr. Grinch hates Christmas. He resides in the town of Whoville, and lives with his dog, Max. The people of Whoville are obsessed with Christmas, something which annoys Mr. Grinch to no end. Soon, he decides to ruin Whoville’s Christmas by stealing all the presents, decorations and Christmas trees from the houses.

Dr. Suess’ The Grinch is a great choice for a Christmas movie night with family and here’s why-

A lot of Christmas films are focused on the happy spirit and delight of the festival. However, only some are centred around a grumpy person who actually hates the joyful occasion. The story of The Grinch was very amusing and kept me hooked till the end. The script was full of humorous anecdotes and witty comedy.

The unique poetic narration by Pharrell Williams was another aspect which I really liked. The voice cast included Benedict  Cumberbatch as Mr. Grinch, who gave the perfect expressions and tone for the character. The voice cast also featured Rashida Jones, Cameron Seely, Kenan Thompson and others.

“And then, the Grinch got a wonderful, awful idea.” -The Narrator

The soundtrack, although small, was very elaborate and fit each scene perfectly. I especially loved the scene where the carolers sing God Rest Ye Merry Gentlemen by Pentatonix and further annoy Mr. Grinch.

There were a lot of different people residing in Whoville, and each of them were quirky and fun in their own way. I loved Donna’s kindness and Cindy-Lou’s caring nature. The character of Bricklebaum, another resident of Whoville, was the most interesting in my opinion. He was a jolly man who loved celebrating Christmas and considered Mr. Grinch his best friend, even though the latter couldn’t care less about him. The reindeer, Fred, and Mr. Grinch’s dog, Max also made me laugh a lot.
The use of various innovative gadgets was very creative. I also loved the huge grand piano which Mr. Grinch had at his house.

Considering that The Grinch is a children’s film, I understand that an elaborate plot was probably not the main focus of the filmmakers. Still, I felt like the conflict in the plot was a bit short-lived and easily solved. I would have loved to see Mr. Grinch create more ruckus in Whoville before he got his redemption arc.
Adding an emotional backstory to his character might have been a good idea, since it explained his bitterness of the festive season. However, I didn’t like the fact that his selfishness was very easily turned around without much efforts. It took away the effect of ‘evil’ from his character.

The Grinch is a pretty good Christmas watch, especially if you’re watching with your kids. The film has a great humorous script. It teaches us that Christmas is not always about the decorations or the presents, but about celebrating it with your loved ones. Solitude is never a good option, especially during festive season!
And even though Mr. Grinch wasn’t quite a mean one in this particular adaption, it was still a very enjoyable one and a half hour.