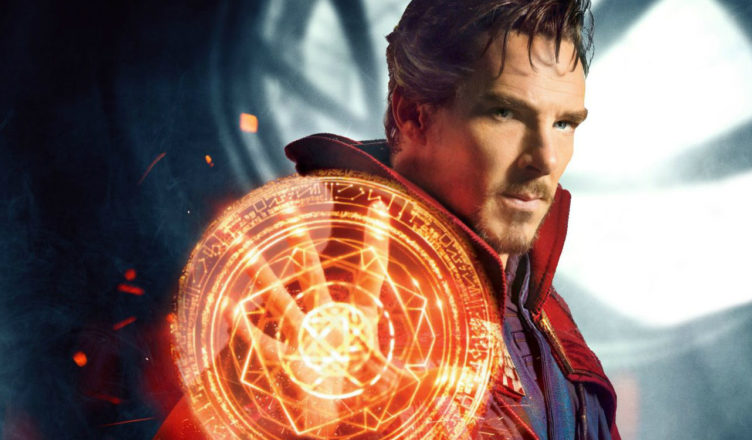 Synopsis: Doctor Strange ventures out to a far away land in search of a cure.

Who is Doctor Strange? It’s okay if you don’t know, many had no clue who the Guardians of the Galaxy were either. While, Guardians came out of nowhere, Doc Strange is more expected success. Doctor Strange is not like your typical Marvel movie. It doesn’t have colorful likable characters that have extreme superpowers. What Doctor Strange does have is a lot of mystical illusions that are sure to captivate moviegoers.

I really liked the backstory of Doctor Strange. He’s a cocky, but talented neurological surgeon that seems to save lives as easy as it is for him wink. He’s sort of a medical version of Tony Stark. He’s self-made, confident (a little cocky actually), and very good at what he does, with a brilliant mind. It’s until he loses control of his hands that his world changes and a new life path arises. Overcoming odds and being the best version of yourself is what this movie’s central message. Doctor Strange is a smart movie. The dialogue is well-written and intelligent. The questions the film poses about higher power from within, self-discipline and even some medical related concepts are all thought-provoking.

The visuals in the movie are more relatable to that of Inception than a typical Marvel movie. The changing landscapes, the sliding surfaces and transparent objects. The travel through different regional zones is fascinating to see. With a snap of the fingers (no pun intended) the characters can transport themselves or be transported to the frozen tundras of Antarctica, or Strange can find himself back in the hospital operating room. It’s the ability the characters have to travel great distances in a split second is what constantly keeps things exciting. The concept is cool, but the execution and the look of it is even more fascinating. The film just looks very crisp and imaginative.

This might be the best acted Marvel movie. That’s saying a lot considering the Marvel universe is packed with top-notch Hollywood stars that can act. The cast of Benedict Cumberbatch, Tilda Swinton, Rachel McAdams, Chiwetel Ejiofor and Benedict Wong is tremendously talented and it shows on-screen. Cumberbatch is a perfect casting for Strange. Not only does he look the part of the character, but his acting chops and charisma are seamless with the dialogue provided for him. As good as he is as superhero Strange, he might be even better when he plays the doctor. The wit, charm and asshole persona is wildly entertaining. Hard to envision anyone else playing this character. McAdams plays a smaller part, but a significant one in the context of Strange. Swinton got some pushback initially for playing a male role from the comics, but she’s so well cast that it’s hard to envision a male playing that character. Ejiofor is Ejiofor, always good. Wong is the one that’s so funny with his deadpan comedy.

While some movies failed badly (Ghostbusters, Suicide Squad) using wormholes and portals and going for the Sci-Fi magical look, Doctor Strange is exactly the kinda movie where all this stuff works for. You just can’t have this movie without all the fancy magic, it’s essential to the characters and to the plot. The build of the plot can’t be overlooked, nicely paced and elaborated on.

The movie can sell itself purely on the look and creativity, but it’s a lot more than that. Wonderful cast, witty and timely dialogue, an engaging plot. I cared for the characters and their ultimate destiny, which matters. This movie HAS to be seen in 3D, it’s what the 3D was exactly made for.

Not really any negatives about this film. Sure, it would be nice to have more of Rachel McAdams in the movie, as she’s so good in the scenes she’s in. They did a great job with the humor early on in the film, but they slowly went away from it towards the end, I thought they could have easily kept it up without messing up the more serious moments.

The biggest gripe might be with the villain. Kaecilius (Mads Mikkelsen) isn’t very relevant. Apparently he’s threatening to expose ancient secrets and mess with immortality. He doesn’t appear to be very daunting or relevant. He’s sprinkled throughout the movie, with one relevant battle against Strange (the cape fight). I just didn’t care much for him and they could have used a more compelling and fierce villain.

Phase three is off to a great start for Marvel. Doctor Strange provides a new alternate universe that expands the possibilities. What makes this character and his universe unique is that the possibilities are endless. There is so much to work with for the filmmakers, so many directions they can go in with potential inclusions of other Marvel characters. You can also just keep Strange in his own world and still make it work without bringing in The Avengers. Simply put the creativity was maximized in this film. The potential was reached and not wasted. It’s hard not to enjoy this film. Doctor Strange might not have gotten the summer treatment, but he’s taking care of the Fall and Winter in a dynamic and fun way.