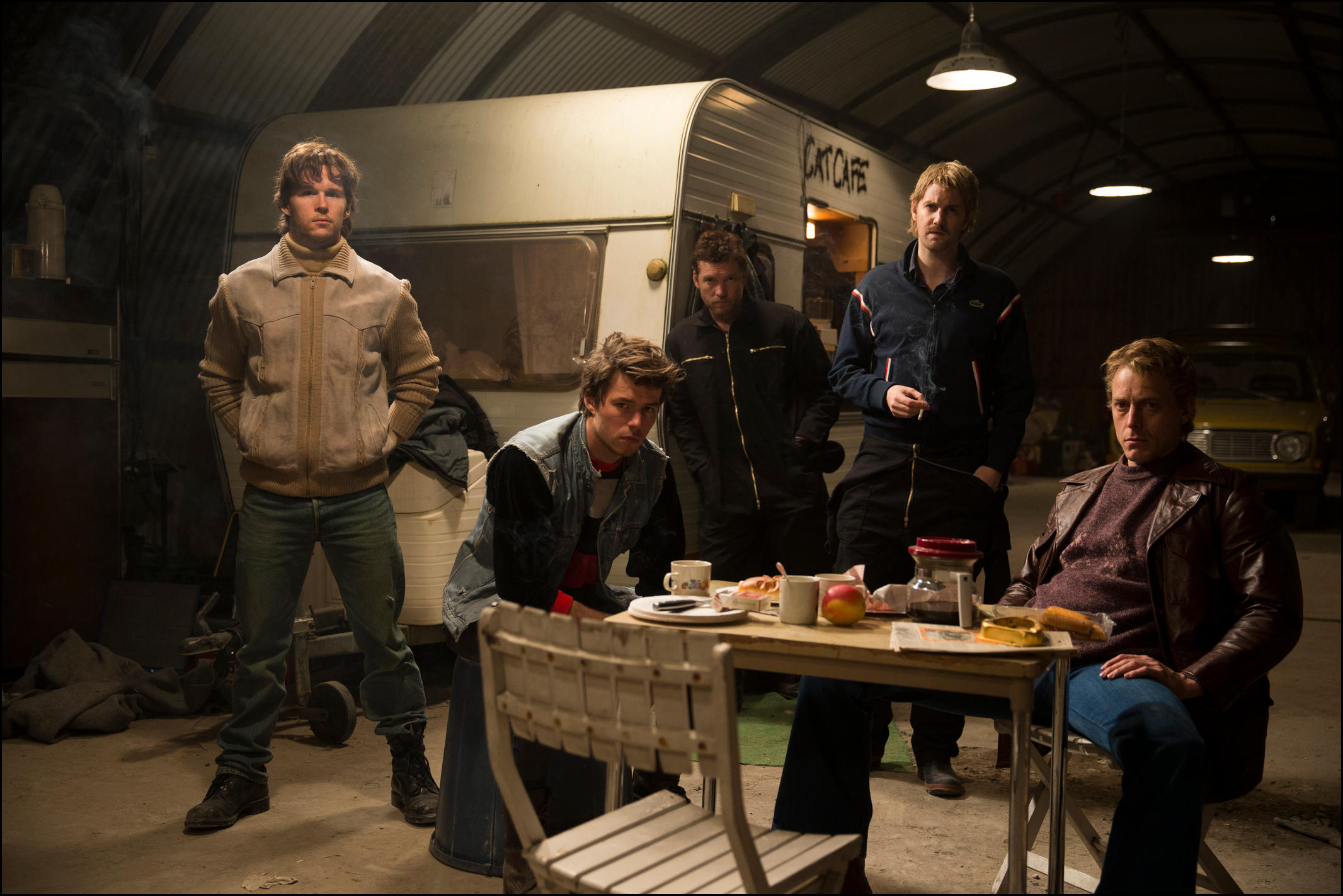 Synopsis: Beer tycoon Alfred Heineken is abducted by a group of small time crooks, in what ends up being the largest ransom ever paid.

Here is a scenario you might have been a part of. You are hanging out with your buddies, having a few cold ones, suddenly your can disappears. Your buddy drank the last bottle of Heineken–shady move. Now, I bet you didn’t know that the king of the Dutch beer was once involved in a disappearance act himself. Alfred “Freddy” Heineken the former CEO and grandson of the founder Gerard Heineken (ok, I’m going way too deep into this), was part of a huge kidnapping scandal in 1983.

You drink the beer, but the story of the beer boss is pretty surprising.

Director Daniel Alfredson gives you a glimpse of what happened in this film. A group of beer guzzling buddies, decide that working a regular job isn’t for them, so instead they come up with an ingenious plot–kidnap an iconic beer tycoon. Brilliant right? Well, this group of not so-bright amateurs managed to pull it off. The brains (or lack of) behind it were Willem Holleeder (Sam Worthington), Cor Van Hout (Jim Sturgess), if that doesn’t sound like a great Dutch soccer player name then what does? Also part of the group was, Jan Boellard (Ryan Kwanten), among another few goons.

Point being that they unceremoniously pulled-off the unthinkable by capturing one of the wealthiest and famous men at the time, Freddy Heineken. As you can imagine the kidnapping doesn’t go according to plan–mainly because they don’t even have a set plan! They do manage to create a fancy hidden storage room to hide Heineken in. They don’t have any set protocol for gaining the ransom money they are seeking, so they end up floundering with hopes and dreams. Ultimately they get their money, in the form of 35 million GUILDERS. Relax, it’s not dollars. Though it amounts to 17 million dollars, give or take. It ended up being the largest paid ransom ever.

The movie is one of those based on true events stories you might have never heard, yet was a huge story at the time. I certainly wasn’t aware of it. We have seen plenty of kidnapping stories gone wrong. An example would be one of my favorite movies of that kind, Pain and Gain. What makes Pain and Gain is a far more entertaining and unbelievable film than Kidnapping Mr. Heineken is, which has much more of an indie feel to it. It’s also much more boring and subdued in comparison to Pain and Gain.

The cast boasts a list of respectable actors. Anthony Hopkins stars as Mr. Heineken. Hopkins does a commendable job, though I think he tried to sprinkle a bit of Hannibal Lecter into the role which didn’t quite work. Sam Worthington, does a solid job. He’s really good in the roles he’s being accused of something and trying to clear his name (see. Man on the Ledge). This time he’s the one causing trouble. Jim Sturgess plays a good supporting role usually, though this time he’s more of a leading man, which doesn’t quite work for him. True Blood’s Ryan Kwanten stars alongside Worthington and Sturgess, he blends into the scenes and gets overlooked therefore.

This isn’t the most exciting movie by any means. It isn’t a bad Redbox or Netflix flick. Heist movies tend to be hit-or-miss, this is slightly leaning to the side of miss. Movies of this kind usually need an element of action and suspense throughout, this one just doesn’t have that. The characters don’t stand out. They just appear to be to bland. Grab a cold one and I promise this movie will be more exciting.

The hefty price to pay for the king of beers