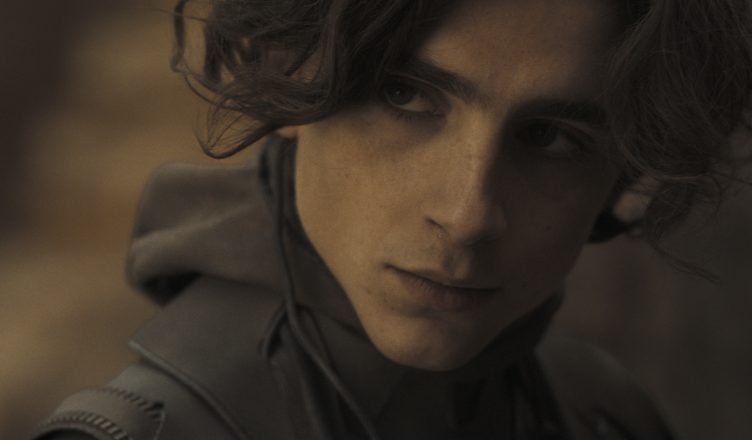 Dune: Part Two officially began production and we have our first look from behind-the-scenes images. Denis Villeneuve’s Dune: Part One was a huge success with both fans and critics alike. The adaptation of Frank Herbert’s Dune starred Timothée Chalamet, Rebecca Ferguson, Zendaya, Stellan Skarsgård, Dave Bautista, and Josh Brolin. The film followed the life of young Paul Atreides as his family became embroiled in a war for control over the galaxy’s most valuable asset, Spice.

Dune: Part One was first released in October of 2021 and received an impressive 83% on Rotten Tomatoes as well as six Oscar wins. While Dune: Part One opened up the world of Frank Herbert’s brilliant novel, it was only the first part of a trilogy. Dune: Part Two will expand the world even further and give audiences a deeper understanding of the characters. Co-writers Eric Roth and Jon Spaiths are penning the script to the film and Denis Villeneuve will be back to direct. Black Widow’s Florence Pugh will be joining the ensemble cast of Dune: Part Two and thanks to some new images we have our first look at her character, Princess Irulan, in action.

Not one, but two separate images give us our very first look at Dune: Part Two. The first is of Florence Pugh as Princess Irulan thanks to Entertainment Crave. While the picture is blurry, you can clearly see the look they are going for. A simple yet elegant sense of royalty. The Second image from Reel Talk Live marks the start of production. The film marker has “Part Two” written on its face along with the phrase, “Long live the fighters.” This is no doubt a reference to the Fremen, a group of people who take in Paul and his Mother who lives in the caves on Arrakis. You can see both photos below:

These photos don’t show us much, but the photo of Florence Pugh is interesting. Her look is royal and refined in simplicity. Very much like the character of Princess Irulan herself. The photo of the marker is also intriguing because of the caption. “Long live the fighters” is no doubt a reference to the Fremen and their war against House Harkonnen. Dune: Part One was an adaptation of the first 3rd of Frank Herbert’s Dune. It’s likely that Dune: Part Two will cover the second act of the three parts of the book. We will see Paul mature under the tutelage of the Fremen. Paul will become a leader, the Muad’dib, under their teachings. These photos tease just enough to keep things interesting. It is a shot across the bow from Warner Bros. An announcement that filming is officially underway and fans should be ready for what comes next. Dune: Part Two hits theaters on November 17, 2023.

Film Synopsis: Duke Paul Atreides joins the Fremen and begins a spiritual and martial journey to become Muad’dib, while trying to prevent the terrible future he’s witnessed: a Holy War in his name, spreading throughout the known universe.