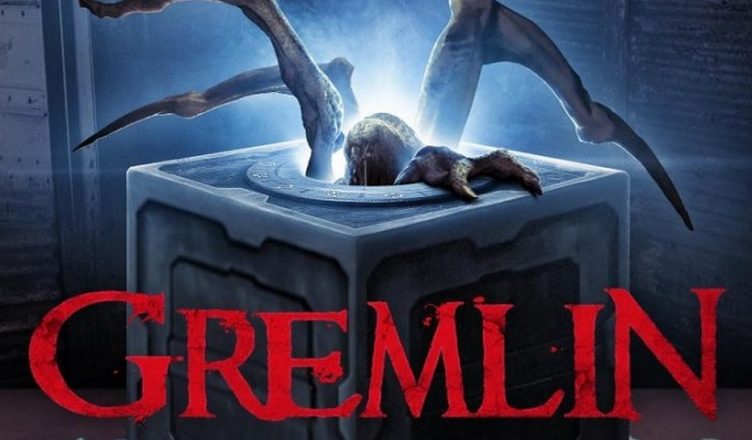 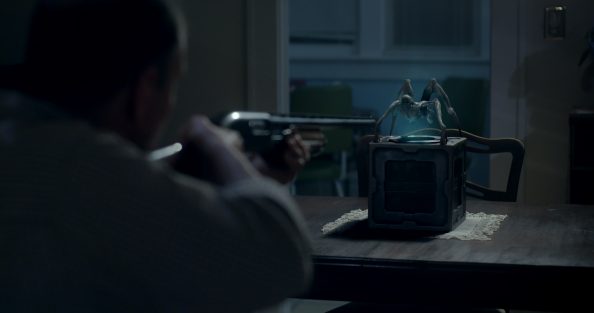 The “gremlin’ portrayed in the movie was a creepy little bugger.  Long, lanky limbs and a little face with a big ole mouth with sharp teeth and no eyes.  Ewww.  I thought the movie was well made.  Did not look low budget.  Scenes transitioned well between one another and the scenery looked good.  The house they lived in looked old and creepy.  Was unclear about how this box was even around and what this gremlin was but they explained it towards the end so that was good.  There were a couple of jump scare moments.  I don’t want to give anything away but some people died that I didn’t expect to.  It was surprising and kind of cool at the same time. 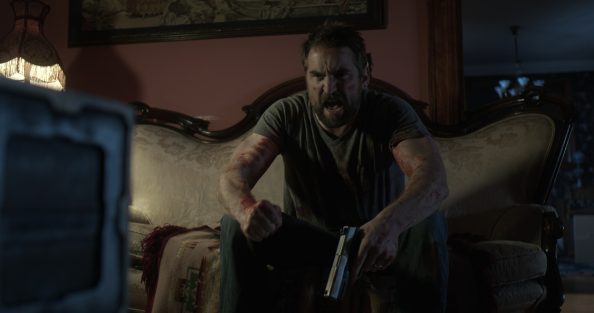 The acting was terrible.  Their emotions seemed fake and over exaggerated.  Not believable to me as a viewer.  Throughout the movie the premise was unclear.  I got that there was a box with a creature in it that you had to give to someone you loved.  I assumed once you gave the box to someone you loved the box will reset itself.  But, every “hour” the gremlin would come out and kill someone.  Didn’t seem to matter who it was.  Whoever was around.  When they explained the existence of the box towards the end of the movie, it became a bit more clear.  But still, didn’t quite understand why certain people were killed.  Then this gremlin thing grows to about a hundred times its size and starts to go on a rampage.  That served no purpose.  Just didn’t think there was a need to throw that in.

I would recommend to watch this movie if only for the little creepy gremlin.  Otherwise, there are better horror movies out there to catch.

Adam receives a mysterious box from a relative containing a creature that will kill everyone he cares about. The only way to be rid of the curse is to give the box to someone he loves. As the ominous timer on the box counts down to its end, he can only imagine the horrors that await. Does he give the box away to save his family, or unleash a monster upon humanity? He can’t destroy it. He can’t escape it. He can only give it to someone he loves…