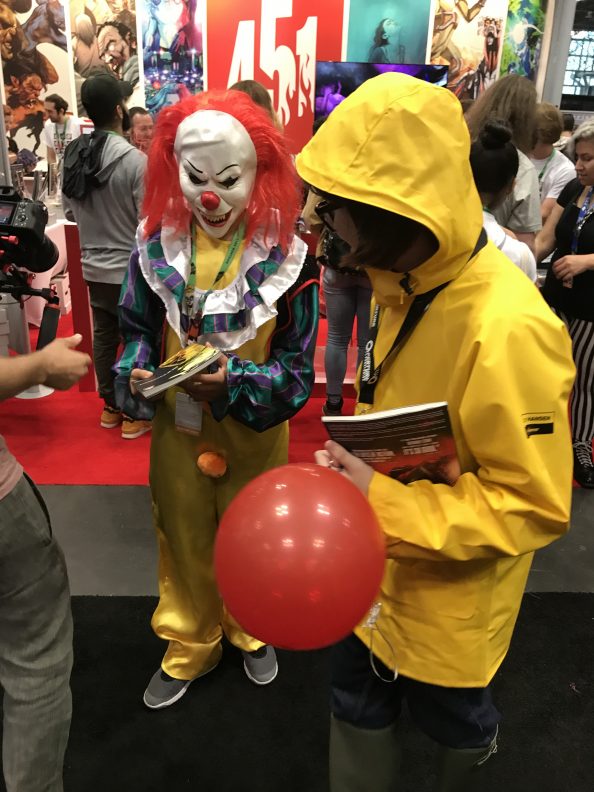 Because my husband is hugely into comics and is a big time gamer, he is guaranteed to have his badges purchased in advance for New York Comic Con. The last few years he has purchased a badge for me and I’ve gone despite the fact that I’m not too into this stuff.  But, I am however into horror… and… New York Comic Con offers lots for the horror enthusiast to peruse through.  This year, since I am now a writer for The Movie Blog, I was able to score a press pass which got me into all 4 days of the Con!  Though I have a full time job and a kid under 4 years old, I was only able to go for two out of four days.  It was fun checking out the horror related booths, cosplay and experiences the Con had to offer.

By far the main horror cosplays that I noticed were Pennywise and Georgie from the movie IT and the Stranger Things characters. IT being the highest grossing horror film of all time, of course the characters were going to make an appearance and with the much anticipated Stranger Things 2 hitting Netflix on October 27th it was sure to be a big hit as well.  I also picked up this cool collectible from Loot Crate of Eleven and the Demogorgon from Stranger Things! 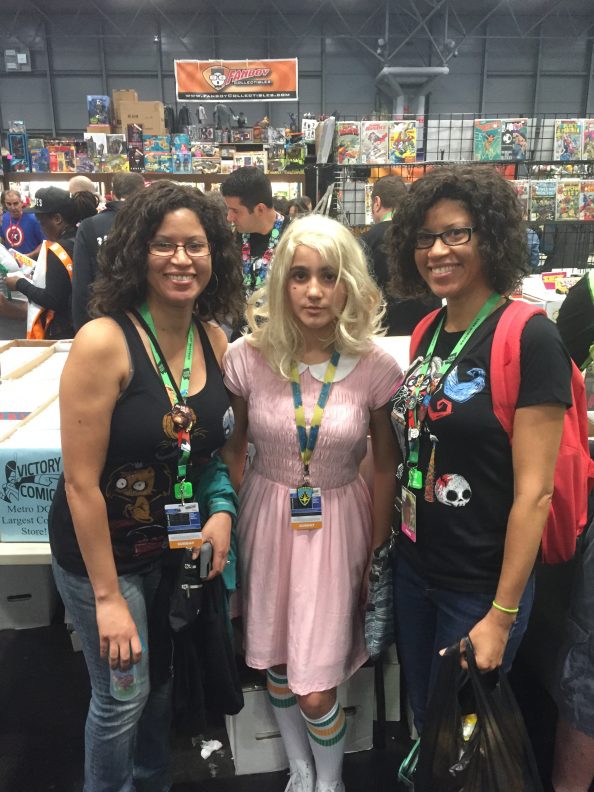 Some other cool horror cosplays I saw were Leatherface, Sam from Trick R Treat and Valak the demon nun from the Conjuring 2. There was also a cool photo op with Chucky (prop) from the Child’s Play movies.

And… one of my favorite horror shows out there..  Ash vs. The Evil Dead!  There was a very cool experience in which you could be in Ash’s fictitious high school.  They had props you could hold including a CHAINSAW!!!  Check out the season premiere on February 25th on STARZ. 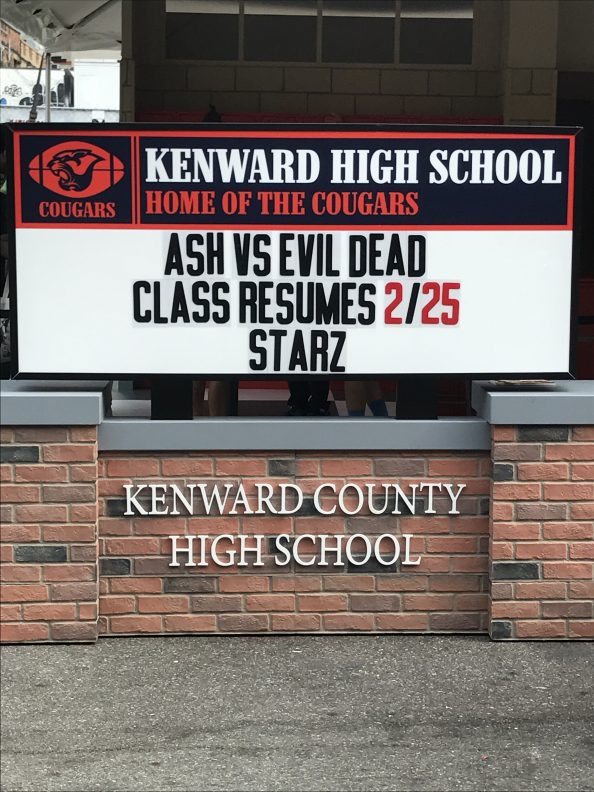 Then there is Lore.  A new TV series on Amazon which I have to say looks interesting and I will be checking out at some point.  They had an experience at the New York Comic Con in which you would go into 3 rooms, each telling a different story.  Lore is based on a podcast which tells stories based on real life events. Gale Anne Hurd, Executive Producer of The Walking Dead is also Executive Producing Lore so its worth watching just for that fact.  Although the experience itself was cool, the long wait was not.  I waited on line for other things but this one was over a two hour wait.  Needless to say it took the fun out of it.  There were several people on line complaining about the wait, especially when we saw some folks who we think were maybe from Amazon, skipping the line and holding us all up so they can see the set up and such.  It took away from it all.  They let groups of about 6 go into each room at a time but those line skippers were led into the rooms alone.  So it just held us up and may it kind of suck. 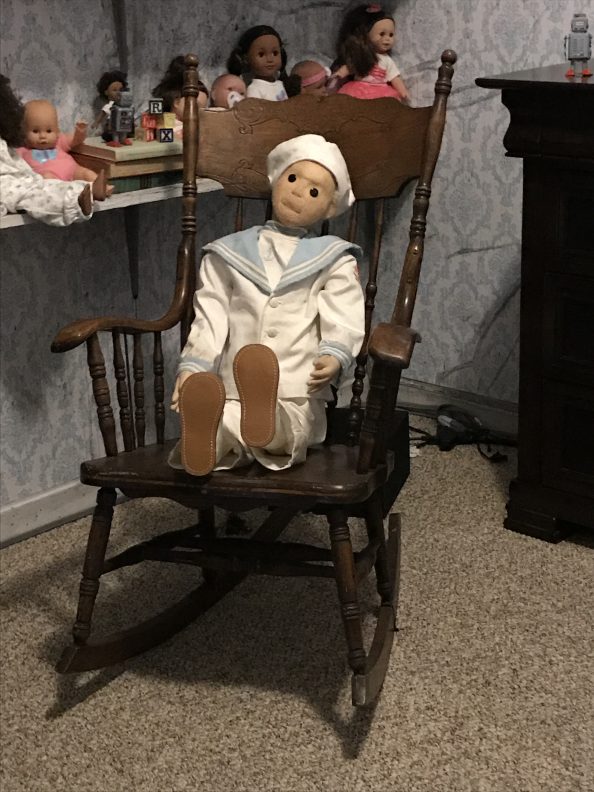 And finally, I would be remiss if I did not mention my favorite booth at the Con.  Akumu Ink is the one booth I have to stop at when at New York Comic Con.  They make the most awesome horror themed shirts!  This year since I was able to attend on the first day I was able to score their exclusive NY Comic Con t-shirt! I have so many t-shirts from them already but always have to add to my collection.  They also have backpacks and hoodies with their awesome designs for men and women.  I’m waiting for them to add a kids line because I would so get some for my little one.  Check them out on Faceboopk, Twitter, Instagram and on www.akumuink.com.