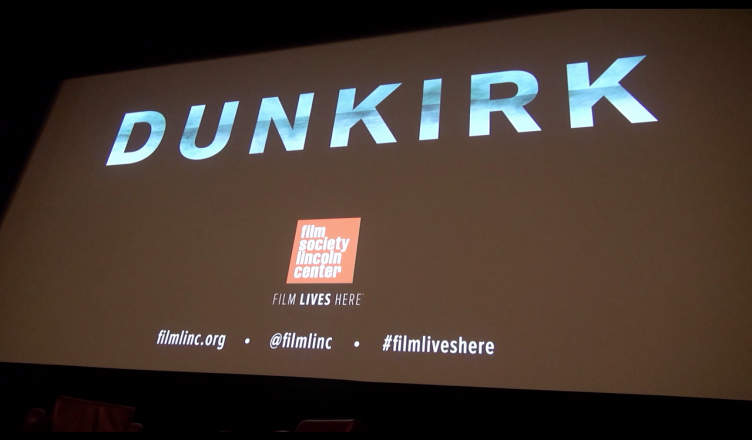 “Dunkirk,” Christopher Nolan’s nail-biting World War II epic thriller about the heroic evacuation of 300,000 plus British soldiers from invading enemy forces in May 1940 lives up to its hype. The film, which officially opens Friday, is both an artistic and pop culture achievement. It has already received a 9.1 rating on Rotten Tomatoes and promises to be a gigantic hit for Warner Brothers.

For movie lovers it was a glorious dream watching the 70mm print of “Dunkirk” at Lincoln Center’s intimate Walter Reade theater Monday afternoon, which was followed by a Q&A with the director. Nolan, who used a mixture of IMAX and 65mm film to shoot the epic — during the Q&A he said 70 percent of it was shot on IMAX — was in a good mood as you might expect from a director who’s already read some of the reviews and knows he has a hit on his hands.

Even though the outcome of this historical event is known, the suspense Nolan creates in interweaving three separate stories on sea, land and air, is riveting, even as it manages to be both intimate and epic. Co-produced with Nolan’s wife, Emma Thomas, the film was shot on location in France and Holland, with additional work in Los Angeles and the UK.

The film opens with a shot of a young British soldier (newcomer Fionn Whitehead) sauntering through a deserted village, scrounging around open window for cigarette butts. Some of his fellow Brit soldiers seem to be doing the same thing. Then seemingly out of nowhere, behind fences, sharpshooters pick off the young soldiers and only he’s left.

The young soldier runs towards the sea. That’s when you see hundreds of thousands of Allied Forces trapped on the beach with their backs to the sea. It’s an amazing and dazzling scene sure to earn Hoyte Van Hoytema an Academy Award nomination for his brilliant cinematography.

Following are highlights from the 40 minute Q&A with Christopher Nolan moderated by Eugene Hernandez:

What kind of pressure do you feel bringing out a movie like this this time of year and in this large screen format?

Christopher Nolan: That’s just a cruel question… Every film is a big gamble, truly, so is this a bigger gamble? I don’t know… I know as a film lover I tend to go see things that are new and different.

What is this notion of Dunkirk’s spirit? What does that mean to a Brit?

Christopher Nolan: Dunkirk is such a seminal event in British culture, British history… It really means a pulling together in the face of adversity and just getting on with things together.

As someone who grow up hearing the history, when did you decide this was something you wanted to explore on the big screen?

Christopher Nolan: It’s been a long term evolution for me because as a story teller you’re looking for a gap in the record. You’re looking for a story that should have been told in a lot of films that hasn’t been. And I think Dunkirk’s one of the greatest stories in human history, so to me there’s tremendous opportunity there. As far as the specifics of how I wanted to go about it and what it meant to me, I would point to a trip with Emma (Thomas), the producer of the film and my wife and myself made. We made the crossing of Dunkirk, this was about 20 years ago…We wanted to make the crossing of Dunkirk about the same time as the year the migration was taking place. And with this superficial knowledge of the story we had, we quite frivolously, really tried to make the crossing and it was a very, very difficult experience. It took much longer than it should. It took about 19 hours. The Channel was extremely rough and it felt dangerous. It really was an unpleasant, difficult experience and that was without people dropping bombs on us, so your respect and your fascination with the people who actually got on those boats in 1940, knowing that you were heading into that war zone, it’s unthinkably brave and I think that’s what put the seeds of the idea of putting the audience on that boats.

There’s the insistent sense of a ticking clock. The evacuation took place over 7-9 days, but this notion of the ticking clock begins from the first frame. The music, which is composed by Hans Zimmer, is almost like another character in the film and creates this sense of suspense and dread.

Christopher Nolan: The script was written according to certain musical principals … fusing sound effects and music and picture in one very confined rhythm structure.

Expound on the sense of suspense in the film.

Christopher Nolan: I only wrote a 76 page script because I always knew the film had to be lean and stripped down. … We wanted the language of suspense which is the most visual language… We looked at Hitchcock and Henri-Georges Clouzot (for inspiration)… We screened a print of ‘The Wages of Fear,’ for the crew…It’s all about physical closeness… the spinning truck tires… You can create empathy for the characters just by virtue of their physical situation.

Talk about the notion of connecting these three time lines into three stories and strands that operate as three different scenarios that ultimately intersect. 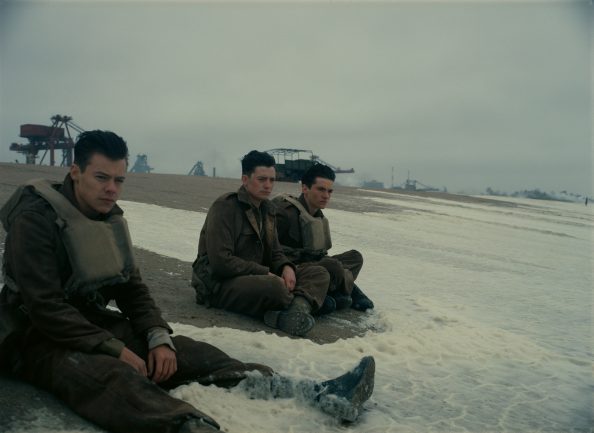 Christopher Nolan: I planned the structure very carefully before I wrote the script… But the structure came about as a result by saying, I want to tell this in a very subjective way, in a human scale way. I only want to see real what the characters are seeing revolve but for people who don’t know the story, we wanted to build up that larger picture. So how do yo do that, without cutting to politicians or generals expounding? And the way I chose to do that was to divide it into these multiple points of view that would interact and show the same event from different points of view.

How did you pitch this film to the studio executives? Did you say I want to do a big film on a historical event that most Americans never heard of?

Christopher Nolan: I didn’t pitch it like that! (Laughs). The pitch is the story. It’s one of the greatest stories in human history… My pitch was there are so many Hollywood movies over the last 50 years that have their Dunkirk moment. It’s just unacknowledged as to where it comes from. If you look at Sam Raimi’s first ‘Spider-Man’ or if you look at ‘Independence Day’… These films all have that moment. This is where it comes from, so that’s the pitch. And then the promise to the studio, which I tried to deliver on, is to make this as visceral and exciting and spectacular an experience as possible and hopefully that transcends cultural boundaries, national boundaries. All films these days have to work internationally and so it’s a little bit more challenging when you’re not talking about American culture, but we like to think that the language of cinema is international.

Talk about the casting. You have classic actors, British character actors like Mark Rylance, Kenneth Branagh, Tom Hardy, Cillian Murphy. But in particular the lesser known, young actors shine, beginning with Whitehead, who is 20, and including Harry Styles and Aneurin Barnard, to mention a few.

Christopher Nolan: It was very important to me in taking on this sort of reality that we not do the usual Hollywood thing of casting 30 year olds as 19 year olds. It’s an important thing I think to have in the film. The way we still fight wars we send our children to fight these wars…We send 18, 19, 20 year olds off to fight and so we wanted to find people that age, so we were looking at open casting calls between those ages in drama schools… Fionn Whitehead, who had really done no film work before… We wanted faces that when the film starts there’s no expectation that this guy is going to take on the whole German army… You’re just looking at this kid thinking, I don’t want him to get killed. I want him to be ok.

How did the people who were at Dunkirk react to your film when they saw it? 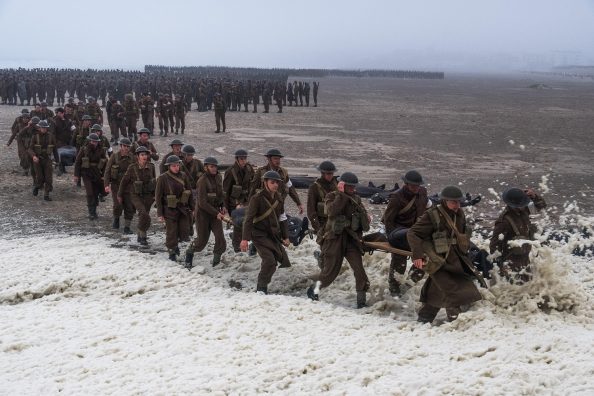 Christopher Nolan: I got to meet with some veterans when I was writing the script and some of their experiences wound up incorporated in the film. We are at a point where this is not going to be living history for much longer. These veterans, they’re in their late 90’s. We did a screening for about 12 of them a couple of weeks ago… I wanted to show them my version of what they’d been through … This was absolutely the most daunting professional experience I’ve had. It was a very emotional screening. I don’t want to speak for them but it was a big relief when it was over and a bit overwhelming. The feeling was they’re very happy for their story to be more known across the world.

You mentioned you saw a lot of films as a kid, especially the early George Lucas “Star Wars” films and the early Bond films. Any chance you might take on a Bond movie?

Christopher Nolan: I think they’re doing terrifically well without me.