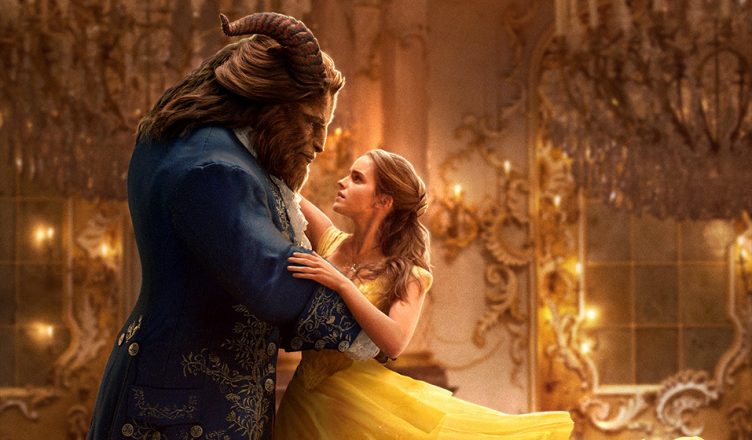 The live-action Beauty and the Beast is many things, but a great Disney movie it is not. This might have been one of the most anticipated movies, much less a Disney one, in a long time, yet it ultimately falls a bit flat. There are things I definitely thought they did a great job with, but also they had very noticeable flaws, so lets get right to it:

Visually this movie checks all the boxes. Disney has done a tremendous job of making their live-action remakes of their animated classics “pop” on screen, this movie definitely fits that trend. It looks like a colorful book children’s book that comes to life. The colors really matter for a film like this, as it attempts to stay true to the animated film and the vibrancy of it.

They costumes are a trademark of the original. Who can forget the yellow dress Belle wears to the dance, while the Beast dons the navy blue suit (totally in style these days). Needless to say, they stuck to the style and look of the original. I was curious to see how characters such as Lumiere, Cogsworth, Miss Potts would appear in a live-action movie? Fortunately the filmmakers did a great job of brining these characters to life.

One of the other best things about the movie was the casting of Emma Watson as Belle. Not only does she look the part, but she brings the character to life. Watson plays Belle as this brave, sometimes irrational, ball-buster, that’s unlike most Disney princesses. Watson’s singing is adequate, so that’s a positive since it could have been a lot worse.

Disney did one thing with this movie that wasn’t in the animated one, which is introducing you the first gay character to be featured in the a Disney film. LeFou is the gay character played by Josh Gad. Props to Disney for being bold and doing something they haven’t done before. While LeFou isn’t openly gay, it is certainly hinted and comes across.

There are as many plot holes in this movie as a slice of Swiss cheese (that would be many). I mean the basics here. A couple examples come to mind. Belle and her father (depending which scene) is in the Beasts castle, but their horse is waiting outside. So apparently days if not weeks go by and when Belle finally goes outside, the horse is waiting. Either that is the dumbest horse of all-time or a mutant horse, because for it to wait and survive without food all this time would be quite the story in itself. Bell’s father accidentally stumbles upon the castle to find it. When he’s leaving it, he knows exactly how to head back home and apparently so does the horse. I know all about Disney magic, but come on. When it comes to keeping continuity, the plot is choppy from start to end.

The Beast takes a step back in the fact that they don’t seem to know how to portray him. In one instance he is presented as a giant monster, kinda King Kong like, a giant demon looking elk, but then there are scenes where he’s just a bulky elk that a foolish young human girl inexplicably develops feelings for. How creepy. He goes from keeping her hostage as some sort of kidnapper would, but she doesn’t really try very hard to leave. Seems like she kinda likes it actually. There was no legitimate explanation why she’s sticking around this place?

had to look up and check if Josh Gad actually had the most rotten teeth I’ve ever seen, but it seems to have been some sort of a mouthpiece used in the movie. No wonder Gaston wanted nothing to do with LeFou. Thankfully I can report that Gad has much better teeth in person and that was most definitely a mouthpiece for the character, but that also leads me to question why other characters, such as Gaston had great teeth? If you’re going to commit to continuity, then commit.

The biggest problem I had with Beauty and the Beast was the overkill of musical numbers. I get it, the songs are part of the Disney trademark, but they took it to another level. It feels as if 70% of the movie is just a song and dance number with a large amount of dialogue being sung. I’m not expecting to watch Disney on ice musical here, let the dialogue speak for itself (no pun intended. At some point the music got so nauseating for me that I lost interest in the rest of the movie.

Beauty and the Beast will hold appeal to to fans of the original. They will be satisfied by the nostalgia and the cartoon coming to life on the big screen. The plot holes that could sink a tank in it will most likely be overlooked by the Disney faithful. I won’t bury the film, because it is very pleasant to look at. It also manages to stay pretty faithful to the original. I didn’t enjoy the never ending stream of song and dances. The brainless Swiss cheese plot didn’t keep me invested. If you’re a fan of all things Disney and the original animated Beauty and the Beast then there is nothing I can say to not make you check this out, you probably should actually. Now, if you’re on the fence about this movie and don’t have any emotional attachment to it, then consider skipping it, unless you have low expectations for it.