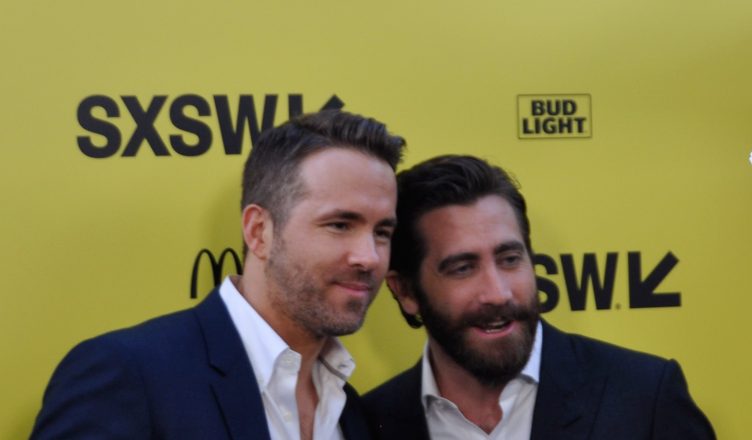 Sony’s new sci-fi film (being heavily advertised on television recently), “Life,” with Ryan Reynolds and Jake Gyllenhaal headlining a cast from all over the globe closed the SXSW Film Festival in Austin Saturday night at the Zach Theater. Director Daniel Espinosa, who will celebrate his 40th birthday on March 23rd, typifies the international aura: he was born in Sweden of Chilean parents and attended the National Film School of Denmark. [His 2010 film “Easy Money” was Sweden’s biggest box office success that year.]

The rest of the cast supporting Ryan Reynolds and Jake Gyllenhaal in this Alien-esque film about a deadly monster that gets loose aboard the International Space Station while the crew is conducting the Mars Pilgrim Space Mission are accomplished actors whose very names scream “international”: Rebecca Ferguson as Miranda North (Swedish and raised in Britain); Olga Dinvichnaya as Katerina Golovkina (Russian); Ariyon Bakare as Hugh Derry (British); and Hiroyuki Sanada as Sho Kendo (Japanese). 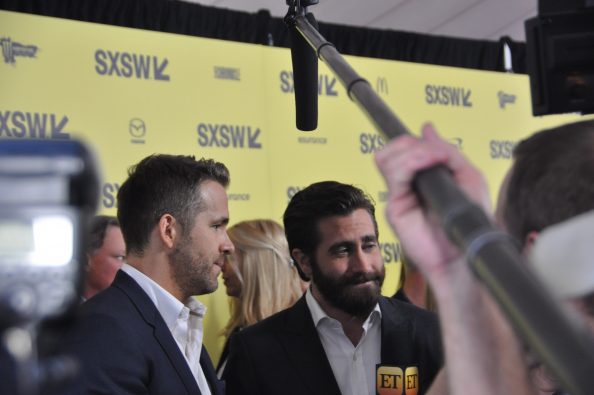 If you’ve seen the trailer on television, you know that Hugh Derry, the science expert aboard the ship (Ariyon Bakare), should never have poked his gloved finger into the new organism the crew has discovered and is bringing back from Mars. As Ryan Reynolds’ character, Rory Adams, says: “You’re playing around with that thing like it’s your buddy. It’s not your buddy. I’m your buddy.”

Derry, who (in the plot) is partially paralyzed since childhood, thinks that perhaps the organism, named Calvin (through a national competition amongst elementary school children), will yield medical breakthroughs, since—much like Ridley Scott’s “Alien”—-the crew has re-animated the dormant creature, using electrical shock, glucose, variations of oxygen and carbon dioxide, and other tinkering.

Jake Gyllenhaal plays the medical officer. He’s been up in space for 473 days, longer than anyone previously.  When asked why he doesn’t want to return to Earth, he reminisces about time spent in Syria and says, “I can’t stand what we do to each other down there.” He also says, “It’s hard to watch people die, isn’t it?” and that becomes a large part of our viewing experience after Calvin escapes from the lab and, as the script says, “It could be anywhere.”

The music by Jon Ekstrand is good. Seamus McGarvey’s cinematography was as impressive as “Gravity” or any other recent sci-fi opus. The sets and visual effects are great. The acting is spot on, and it was very nice to see the writers, Paul Wernick and Rhett Reese, receive credit from the director and cast as “brilliant.” 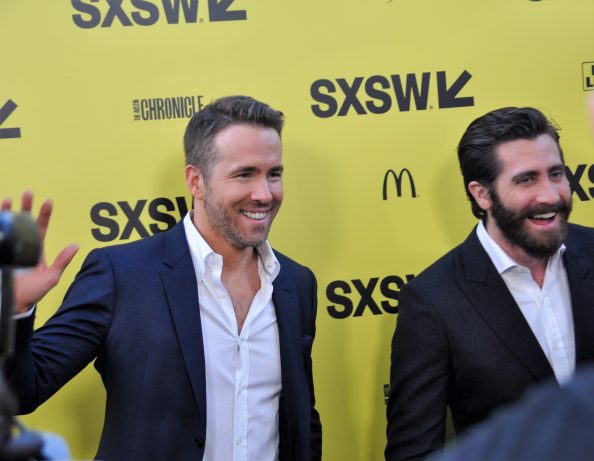 In the Q&A afterwards, the director hedged on whether sequels will be in the works, but the ending suggests that to be highly likely if the film is as successful as it shouldl be.

Asked about why this Sony film closed out this year’s festival, Producer Bonnie Curtis said, “Austin is where it’s at these days.”

As to the origin of the plot idea, Director Espinosa mentioned “the usual suspects” like “Alien” and “Gravity” and even paid homage to John Carpenter’s “The Thing.” He also called “Life” a tribute to film noir and “The Twilight Zone.” I can think of other films going all the way back to Bruce Dern’s 1972 film “Silent Running” or  Kubrick’s iconic “2001: A Space Odyssey” that might have been mentioned, and “The Martian” (Matt Damon) came up during the Q&A. Jonas Rasmussen gets credit for the horrible look of the creature named Calvin, equal in awfulness to “Alien’s” monster. One interesting difference, pointed out during the Q&A, is that this creature is completely silent. Director Espinosa said it was scripted that way by the “brilliant”writers, (who were then called up onstage).

Director Daniel Espinosa shared that the first long prolonged shot involved the set rotating around the actors and took a month to film. We were also told that each one of the cast was simulating zero gravity, while actually rigged up with wires. Rebecca Ferguson, who plays Miranda North, shared that their movement coach, Alexander Reynolds, worked with the cast. She said, “One day I was floating so brilliantly that I forgot my lines.”

Asked what struck them as “memorable” about the shoot, Jake Gyllenhaal said, “Being able to wear socks with no shoes was my memorable moment. This might be the first shoeless zero gravity movie.” Reynolds, who was the more light-hearted of the two, in the manner of his character in “Deadpool,” when asked if the cast had worked weightlessly in zero gravity, said, jokingly, “We were given limited permission to go into space because they weren’t doing anything important in the space station that month.”

One questioner in the audience asked facetiously why Matt Damon wasn’t hired for Reynolds’ part, since he’d already been to Mars,( referencing Damon’s recent film “The Martian.”) Reynolds, laughing, said, “F***** Matt Damon.” And added, “The fact is, he didn’t want to die in the first act.”