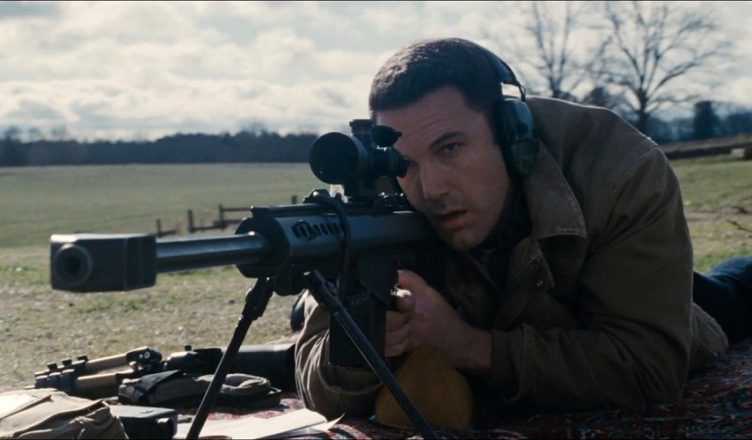 Synopsis: A dangerous CPA on the run from the Treasury Department is seeking answers.

There is no secret that Ben Affleck is one of my favorite all-time actors. I’m biased–whatever. The guy is like fine wine, getting better with age. This year he starred in one of my favorite movies of the year: Batman v Superman. In “The Accountant” he dazzles as a brilliant autistic man that’s out on a mission to uncook some books of some dangerous people, and seek personal justice. What the movie delivers is top notch action, excitement and intrigue.

“The Accountant” is as good as it gets when it comes to action thrillers. There are multiple layers to this film with important societal commentary. That’s the element that just takes it to another level. The main character Christian Wolff (Ben Affleck( is on the spectrum, he’s autistic. Autism isn’t just a mention to move along the story, it’s the central theme of the movie. Everything this character does has a meaning and purpose. Ultimately the reveal at the end makes this clear. There is a conscious effort to show different perspectives of autism. The outsiders view and through the eyes of the person who has it. Ben Affleck does a tremendous job physically and emotionally to relay all the character intricacies, aside from his Batman-esque (no pun intended) ass kicking.

The Christian Wolff character is exactly what Jason Bourne should be. A cold blooded machine that will lay you to rest in a blink of an eye. It’s Good Will Hunting meets Jason Bourne. Sorry for the dig Matt Damon. Point is that the character is lethal and an unassuming badass you’d hope an action hero to be. Some of his kills are bone chilling. The takedowns eye opening. A CPA who can destroy you in  a split second, now that’s pretty damn cool.

The casting is really clever. At first when I saw the trailer, I had no idea what Anna Kendrick was doing in this movie. After seeing the film, she complements Affleck and his character ideally. He’s quiet, shy, unassuming, serious, while she is dorky, goofy, nervous and chatty. They both are smart characters that fill a void in each others lives. J.K. Simmons role in the film is critical to the plot, at the start it seems fairly insignificant, but it ends up being pivotal to the movie and Wolff. English actress Cynthia Addai-Robinson plays the protege of Simmons, and she definitely holds her own surrounded by all-star caliber actors. Jon Bernthal stood out to me in the film. No, it’s not a Punisher versus Batman thing, but I enjoyed him in a bigger role and going head-to-head with Affleck. This could be the role for Bernthal that opens up doors to bigger roles he deserves. 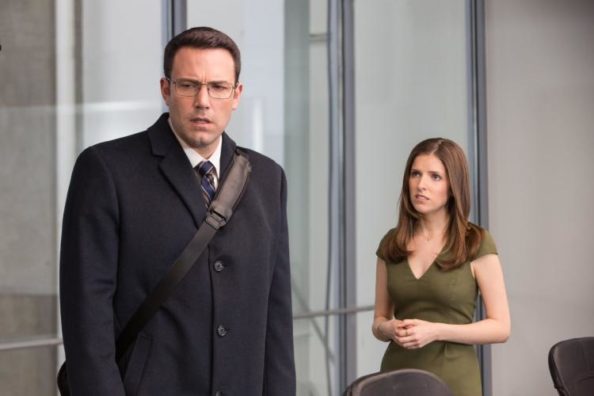 The best part of the movie might be the twists and turns and the flawless execution of them. From scene to scene I had no idea where the movie was heading, and that’s a good thing. It grasped my attention and held it from start to finish. Several unexpected reveals keep you guessing and diverting further. I’ve seen solid thrillers with one big twist, but this one is loaded with them. Most importantly there is a big picture to all that director Gavin O’Connor is aiming at. At the end the puzzle is pieced together.

It’s hard to pick anything bad about this film. The casting is ideal. The acting is great. The visuals set the tone for the film. The plot is complex and executed with with precision. The message is a important and meaningful. I also liked the father-son relationship between young Wolff and his father. I’m not even one that likes math and numbers, but this movie makes it cool. The soundtrack and instrumentals are on point. I can’t find anything I disliked about this movie, it’s easily one of the years best.

“The Accountant” is a really nice character study. There is a lot more than surface depth to the movie and character. If people don’t recognize that Affleck is as good of an actor as director then they are just hating. This is a premiere performance by Affleck. He’s on top of his game. The movie is very entertaining, engaging, thought- provoking and suspenseful. Make sure you pay attention to all the DC easter eggs during the movie, there are quite a few that are sure to make the comic book fan happy. This is the best thriller of the year and one of my Top 3 movies for sure. Can’t go wrong with going to this accountant.

2 thoughts on “Review: “The Accountant” Is Who Jason Bourne Should Be”