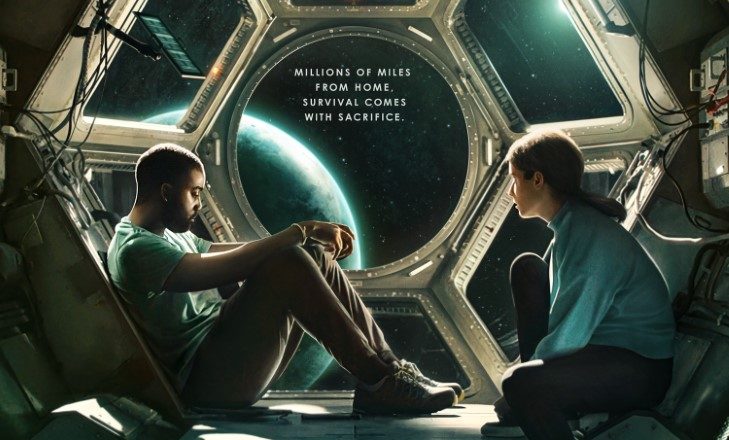 In the near-future, a time when humankind is reaching for the stars, the Kingfisher rocket blasts off from Earth, propelling Hyperion’s MTS-42 for yet-another manned mission to Mars. Leading the team is MARINA BARNETT (Toni Colette), the ship’s commander, on her third and final mission to the colony on the red planet. Joining her is medical researcher ZOE LEVENSON (Anna Kendrick) and biologist DAVID KIM (Daniel Dae Kim), accomplished academics chosen from thousands of applicants who have rigorously trained for a journey that will see them spend two years away from their loved ones. In the course of their safety checks after docking with a miniature space station, Barnett makes a startling discovery: a stowaway. The man MICHAEL ADAMS (Shamier Anderson) is unconscious, his harness wrapped around a pipe attached to the CDRA (Carbon Dioxide Removal Assembly) – Life Support. Damaging both Barnett’s forearm and the pipe the situation becomes an emergency. When Adams awakens to realize his circumstances— his sister Ava, who he looks after, is back on Earth alone, and there is not enough fuel to turn back— he gradually accepts the situation and joins the crew in what becomes a fight for their lives. 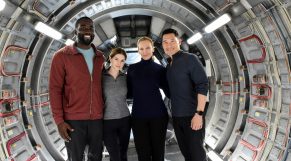 Stowaway has a really great tit-knit cast of 4 principle actors and they picked some fantastic actors. I really found myself excited for the MTS-42’s space mission as if these were real astronauts going on a mission to help colonize Mars. Toni Colette and Daniel Dae Kim really had me feeling like they were actual astronauts pretty quickly with their stiff and borderline pretentious demeanor. What really surprised me was hoe much I enjoyed Anna Kendrick. Anna’s character was talking about how/why she only applied to help give her life meaning. her character arc was beautiful to watch as she found meaning by the end credits. Shamier Anderson is also a pleasant surprise. Shamier has been delivering some really solid performances lately and Stowaway is another good showcase of his range. 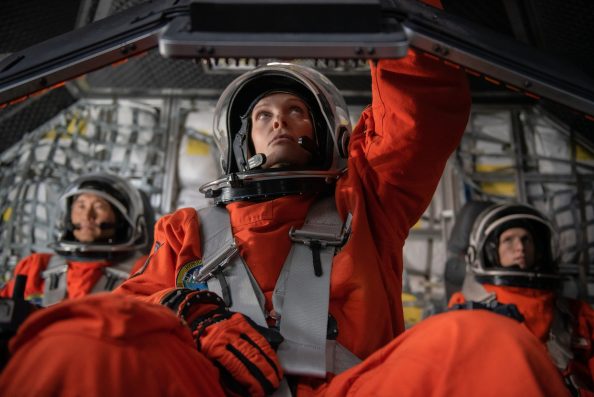 I really enjoy the story of this Stowaway movie. There’s really good dialogue, great pacing, and this overall sense of quality coming out of this film.  The story revolves mostly around the idea of the astronauts trying to think of a way to survive. There’s a slow sense of helplessness that overcomes the crew, and audience, as time passes on. Stowaway also gives time to complete some really nice character arcs for everyone.  Anna Kendrick knocks it out of the park with Stowaway and the writing gives her opportunities to showcase some nice range. I really enjoyed her character’s story and felt she received a satisfying narrative.

Stowaway is also a beaufiful film to watch. I notice that there is a lot of intention poured into each frame from the colors, the angles, and also the sound. Sound plays a huge part in Stowaway and I really love how immersive a film this is.

This is more a a nit-pick but I think the character of David Kim (Daniel Dae Kim) was inconsistent. I noticed a few times I felt this character come off as a bit stiff and emotionally detached. I can’t put my finger on if this is due to the writing or the acting but I don’t like it. I understand David’s personal motivations are challenged with the discovery of a stowaway on the ship. I wanted to see and feel more of his internal conflict of choosing between the mission and the wellbeing of others.

Pretty good movie. I don’t know if they intentionally played out a story about race but it felt like one to me. I enjoyed the acting and am wholly interested in seeing more from this cast and filmmakers.