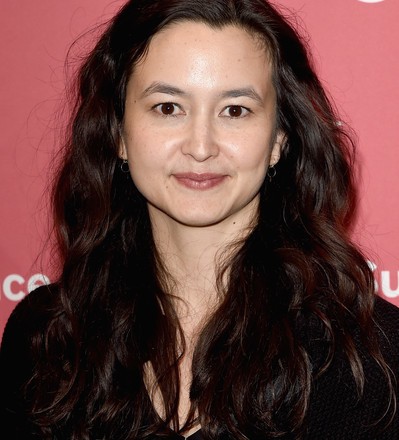 I had a chance to speak to director Mora Stephens regarding her film Zipper (available on Blu-ray and DVD), starring Patrick Wilson. Mora talked about what prompted her to co-write and direct the film, her interest in political scandals, and addictions. She talks about working with a talented crew and actors on this film. The interview audio can be found in it’s entirety below:

I found Mora to be a bit shy, but very thoughtful. It appeared to me that she took pauses in between her responses to really think about the answers she was giving. While I was watching Zipper, I couldn’t help but think about all the sex scandals involving politicians, from the Bill Clinton one to the more recent Anthony Weiner scandal. These political sex scandals are becoming fairly frequent these days. I wanted to know if that was a bit of an inspiration for the film. “I love the research aspects,” Mora said, while talking about researching the film from a political and sexual addictions aspect.

Regarding the question as to why politicians seem to be involved in these sex scandals, Mora says, “They are rock stars in their world so they suddenly have more people coming at them.”

Zipper has a really talented cast, lead by Patrick Wilson (who is one of my favorite actors), Richard Dreyfuss, Lena Headey, Dianna Agron, and John Cho. “My favorite is working with the actors,” Mora says.

“I like the organic collaboration and working with the actors to make each character their own person.”

On her least favorite part of filmmaking, “The most painful part is the waiting.”

Zipper is a really intriguing sexual thriller. It gives an interesting perspective on sexual addictions and the pressure of being in politics. I would recommend seeing the film, which is out now in theaters.

Zipper releases on Blu-ray and DVD on September 29