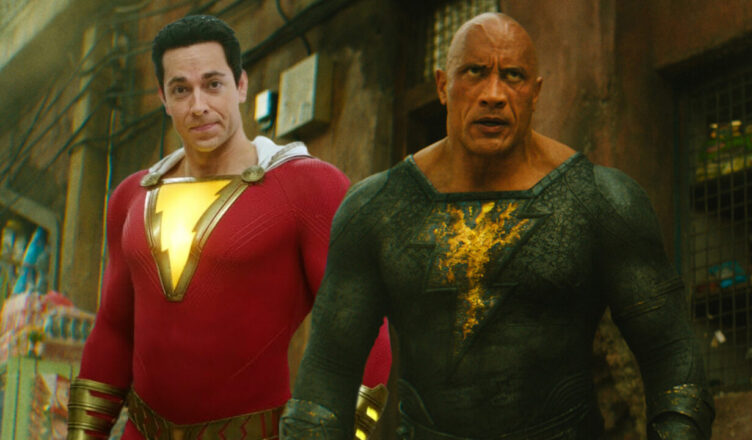 Dwayne Johnson called for Black Adam to be removed from Shazam! because it would be doing the character an incredible disservice. The DC tentpole film Black Adam is set for release on October 21, 2022. The film stars Dwayne Johnson as the titular villain and also stars Aldis Hodge, Sarah Shahi, Viola Davis, and Pierce Brosnan. In the film, Black Adam is freed after a five thousand-year imprisonment and sets out to unleash his unique form of justice on the modern world.

In DC Comics, Black Adam is often portrayed as a villain and the antagonist to the superhero Shazam. Black Adam has all the powers of the Egyptian Gods and his real name is Teth-Adam. The word Black in his name refers to the darkness of his soul. He is usually hell-bent on justice at any cost. Sometimes his goals line up with heroes but often times his methods are too severe. He is ruthless, but not necessarily evil. His motives and back story makes him a bit of an anti-hero at times. He’s incredibly powerful and can go toe-to-toe with Superman.

Because of Black Adam’s connection to Shazam, many thought that the character would appear in the film, Shazam!. This was indeed the original plan, but Dwayne Johnson had other ideas. In a recent interview with Vanity Fair, Johnson explained that Black Adam was indeed supposed to make his original debut in Shazam!. According to Johnson, the script was, “a combination of Black Adam and Shazam: Two origin stories in one movie.” After reading the script, Johnson called the studio and convinced them to split the movie into two separate films. Though he states that the original script was great and his opinion was unpopular, Warner Bros. eventually agreed. You can see the quote from Dwayne Johnson below:

“When the first draft of the movie came to us, it was a combination of Black Adam and Shazam: Two origin stories in one movie. Now that was the goal — so it wasn’t a complete surprise. But when I read that, I just knew in my gut, ‘We can’t make this movie like this. We would be doing Black Adam an incredible disservice.’ It would’ve been fine for Shazam having two origin stories converge in one movie, but not good for Black Adam… I really think that you should make ‘Shazam!,’ make that movie on its own in the tone that you want. And I think we should separate this as well.”

I see why Warner Bros. Wanted to make Shazam! with Black Adam in it. It’s like a Batman film without Joker, sure it’s good but it’s not as good as it can be. But I ultimately agree with Dwayne Johnson. Shazam! was a very fun movie with some dark themes but mostly it was about family. You throw Black Adam in that mix and the tone changes drastically. It’s better to have them both in their own moves first than you bring them together later. That way you are really building up to something special. DC Films has done villain-based movies before, but this will be something very different. Black Adam is not like the Suicide Squad or even The Joker. He’s a Superman-level threat that can tear down civilizations at will. And I can’t wait to see it. You can catch Black Adam when it hits theaters on  October 21, 2022.

Film Synopsis: Nearly 5,000 years after he was bestowed with the almighty powers of the Egyptian gods-and imprisoned just as quickly-Black Adam (Johnson) is freed from his earthly tomb, ready to unleash his unique form of justice on the modern world.