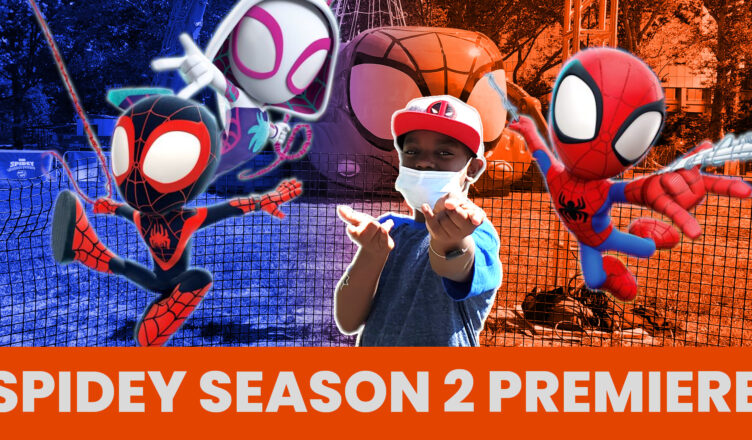 Spidey and His Amazing Friends will premiere on @Disney Junior on Friday, August 19th. Our hosts @Ash Movies and @The Movie Blog got to check out the premiere event in Battery Park in New York City!

“Marvel’s Spidey and his Amazing Friends” is the first full-length Marvel series for preschoolers and follows the adventures of Peter Parker (voiced by Benjamin Valic), Gwen Stacy (voiced by Lily Sanfelippo), and Miles Morales (voiced by Jakari Fraser) as they team up to defeat foes and save the day. The series premiered in August 2021 and is the #1 most-watched new preschool series among Boys 2-5.

Season two of the hit series features a “Glow Webs Glow” storyline and is scheduled to premiere FRIDAY, AUG. 19 with a simulcast on Disney Channel and Disney Junior (8:30 a.m. EDT). An initial batch of episodes will also be rolled out on Disney+ and on-demand platforms this fall. In season two of the series, the trio of young Super Heroes are able to call on Avengers pals Iron Man, Ant-Man, Wasp, and Reptil, in addition to Hulk, Ms. Marvel, and Black Panther, for help when trouble arises — like when villain Electro tries to drain all of the power in the city and the Spidey Team must band together to use a new glowing web formula to turn the lights back on.