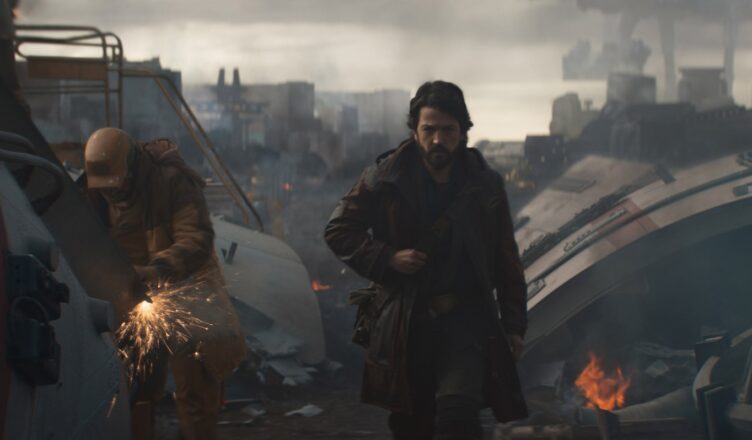 Disney plus recently released the first trailer and release date for the upcoming series, Andor. The series is a prequel to Rogue One: A Star Wars Story and will follow Cassian Andor as he becomes a rebel hero. Diego Luna is set to play Cassian Andor and the cast also features Genevieve O’Reilly, Stellen Skarsgard, Alex Ferns, Clemens Schick, and Anton Valensi. Forrest Whitaker will also make his return as the infamous rebel fighter, Saw Gerrera.

Rogue One: A Star Wars Story premiered on December 16, 2016. The film followed a group of unlikely heroes as they embarked on a mission to steal the plans for the Empire’s ultimate weapon, The Death Star. Rogue One was met with praise from fans and critics alike earning 84% on Rotten Tomatoes. The movie was a prequel to the original trilogy and the story was actually based on the opening scroll from Star Wars: A New Hope. Cassian Andor was an interesting character and Diego Luna did a great job in the role.  Given the success of the movie, there have been rumblings of a Cassian Andor spinoff for some time and it looks like fans will finally get their wish.

Disney recently dropped the trailer and a release date for Andor, which will premiere on September 21st, 2022. The series was previously set to be released on August 31st; however, that is not the case anymore. The trailer showcases several new characters and ones we’ve seen before like fan-favorite rebel Saw Gerrera. The series looks to be 12 episodes long, which is a pretty high number for Disney+, since they usually keep their series down to six to eight episodes. The premiere itself will be three episodes long and then they will release subsequent episodes weekly. September 21st is on a Wednesday, so new episodes will hit on Wednesdays.

This trailer certainly has me intrigued. Having just re-watched Rogue One: A Star Wars Story I found the character of Cassian Andor interesting. From what we can see we learn that Cassian was a rebel, unlike anything we had seen before. He wasn’t as radical as Saw Gerrera, but he was willing to do anything to complete his missions. He didn’t shy away from the dirty work and because of that, he was very good at his job. I’m interested to see where this series is headed and how it expands the Star Wars universe.

Disney has a great track record with their series as of late, and this one looks like another home run. Diego Luna certainly has the chops and charisma to carry a series and I certainly can’t wait to see the latest addition to Star Wars canon. You can catch Andor and its three-episode premiere on September 21st, 2022.

Series Synopsis: Prequel series to Star Wars’ ‘Rogue One’. In an era filled with danger, deception and intrigue, Cassian will embark on the path that is destined to turn him into a Rebel hero.