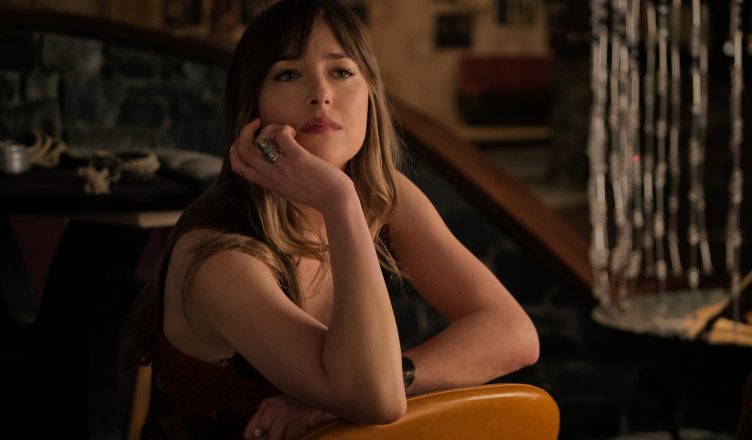 New set photos give fans their first look at Sony’s upcoming Spider-Man spin-off, Madame Web. The Sony Marvel universe is something of an anomaly. It both exists separate of the MCU but it also references characters and events from the MCU. Films like Venom and Morbius have expanded the Spider-verse, but there isn’t as much interconnectivity as in the MCU. The newest addition, Madame Web, looks to expand the universe even further and will feature Dakota Johnson as the titular Madame Web and will be directed by S.J. Clarkson.  The film also stars Sydney Sweeney, Adam Scott, Mike Epps and Emma Roberts.

In the comics, Madame Web first appeared The Amazing Spider-Man #210 in November of 1980. She is usually portrayed as a clairvoyant mutant who is also blind and paralyzed. She is an interesting character who has a long history in the Spider-Man comics universe. She often helps Spider-Man with his cases and uses her telepathic abilities to help catch villains. While she isn’t a well-known character like Spider-Man or Venom, Sony is taking a chance on her anyway. Much like Marvel did with Guardians of the Galaxy. Before that film came out, nobody outside of comic book fans knew who they were. Now they are a household name. Sony is definitely hoping for that same success with the movie.

Thanks to Kevin Slane on Twitter, we have our first look from the set of Madame Web. The photos originate from Boston; however, the streets are made up to look like New York City in the early 2000s.  Advertisements for Palm Pilots and Beyonce’s debut album give us a clear indication of the time frame this movie takes place. You can see the full tweet and photos below:

Palm Pilots with new "3G speed"? Pay phones and newspaper boxes on every corner? A billboard for Beyoncé's debut album?

Honestly, the set pictures are okay, but they don’t show us much of anything. Sure, there are a couple of nostalgic throwbacks in there, but that’s about it. Furthermore, this whole movie has me scratching my head. Venom, Venom: Let There Be Carange and Morbius were all sub-par. They give little hope that Madame Web will be anything other than just okay – if not flat out bad. That said, it could turn out to be a sleeper hit and Madame Web could become the next Iron Man. But that doesn’t seem likely. What’s more likely is that the film will be decent but not good, and the Spider-Verse will have yet another addition that leaves fans wanting. Madame Web hits theaters on June 7, 2023.