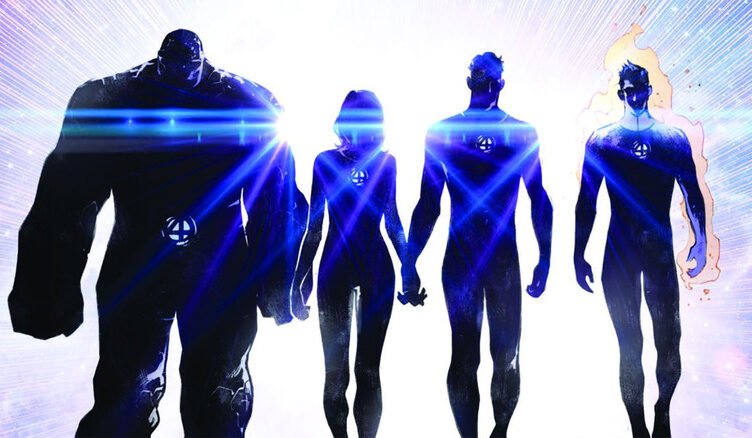 We may have our first look of the iconic Doctor Doom in The Marvel Cinematic Universe. Marvel announced they would be doing a Fantastic Four film as part of their Phase Four slate of films back in 2020. The project is set to be released in 2024, and will feature Marvel’s first superhero family. Details about the film have been scant. But we do know that John Krasinski will probably be playing Mister Fantastic aka Reed Richards, thanks to his cameo in Doctor Strange in the Multiverse of Madness.

Doctor Doom is one of Marvel’s big time villains. In the comics, He made his first appearance in Fantastic Four #5 in April of 1962. His power set includes energy absorption and projection, manipulating electricity, creating protective shields, dimensional travel, and healing. Doctor Doom is usually portrayed as a technopath which is someone who can control technology. Doom has been featured in several cartoons as well as three different major movie releases. Actors such as Julian McMahon and Toby Kebbell have  both stepped into the role of Doctor Doom. But it appears they won’t be the last. Many fans have speculated that the Marvel villain would appear in Marvel Studio’s Fantastic Four, and it looks like that might be the case.

A recent Tweet from Moth Culture may have given fans their first look at Doctor Doom in the MCU. The picture is pretty clear and gives us a solid look at what style Marvel is going for. We also assume this is for the upcoming film, Fantastic Four, but it could be from any number of projects. You can see the full tweet and image below:

The suit looks absolutely perfect. The color scheme and the design are straight out of the comics. While this is only a supposed first look, it shows us Marvel is going for a classic look. Doctor Doom is an iconic villain and it only makes sense that they wouldn’t change his look too much. We have no idea what the final suit will look like. If the final suit looks anything like the “pre-vis” shot, fans should be pleased. The response to the photo has been outstanding on Twitter, with many fans sharing their praise. Hopefully, we will get more information about Fantastic Four as the release date grows closer, but this photo is an excellent tease and will help stir up some positive buzz. Fantastic Four is currently in pre-production and is slated to be released on July 19th, 2024.

Film Synopsis:  One of Marvel’s most iconic families makes it to the big screen: the Fantastic Four.