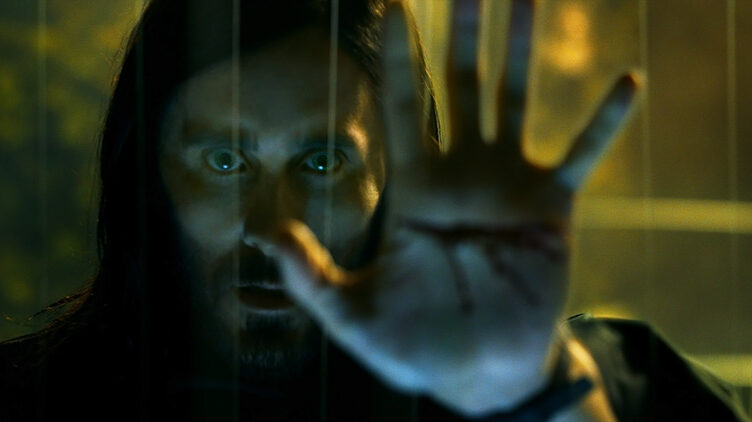 One of the most compelling and conflicted characters in Sony Pictures Universe of Marvel Characters comes to the big screen as Oscar® winner Jared Leto transforms into the enigmatic antihero Michael Morbius. Dangerously ill with a rare blood disorder and determined to save others suffering his same fate, Dr. Morbius attempts a desperate gamble. While at first it seems to be a radical success, a darkness inside him is unleashed. Will good override evil – or will Morbius succumb to his mysterious new urges?

Jared Leto’s shoulders must be tired because he carried this movie as best he could. His performance as Dr. Michael Morbius was convincing and engaging. It was refreshing to see him go from his normal appearance to the more vampiric version of the character. Leto also had solid on-screen chemistry with his co-star Matt Smith. The latter did the best that he could with the script he was given. Smith’s delivery in the role of “Milo” was a suitable complement for Leto.

The visual effects for Morbius were captivating to a degree. The action choreography was fun to watch and keeps audiences’ attention for the most part. The timing with the slow-motion was done nicely to give to the audience a chance to actually keep up with the fast-paced action.

The worst thing about Morbius has to be the overall direction of the film. The visuals were nice initially with Morbius having the colorful cloud effect whenever he would use his abilities. However, over time, those same visuals became overused and nonsensical. At first, it would seem as though the effects were tied to Morbius’ abilities, but soon it was just there for the sake of having something shiny on screen. As a result, the decision to have those visuals made the film feel unnecessarily animated and corny.

Next up, the writing was simply lackluster. Morbius had a pretty straightforward storyline without any real twists or turns that would surprise audiences. There is a twist, but it’s mild at best, and even when that is discovered, it feels rushed. Namely, the motivation of the main antagonist felt underdeveloped. If that wasn’t bad enough, it was disappointing to see Morbius use the same “mirror villain” trope. With both characters doing similar things, it’s just a missed opportunity to make Morbius‘ ascension more intriguing.

Another issue would be in the abilities Morbius exhibited. The super-speed and radar senses were nice to see, but there were other abilities that felt like a stretch of the imagination. His version of a popular Dragon Ball Z move was probably the most ridiculous thing I’ve seen in a comic book to date. I understand why it was there for the sake of visuals, but for the sake of the story, it just didn’t come across effectively. Not only that, but his other abilities didn’t seem to make much sense either. For whatever reason, Morbius seemed to always have an advantage with his abilities that his counterpart lacked. That never felt like an authentic development in the character but rather a passive function of a plot device.

Morbius is an incoherent and unoriginal film that doesn’t make the best use of Jared Leto’s talents. I’m surprised this movie was released in the way that it was because it didn’t seem indicative of the director’s talent at all. I wouldn’t say that Moribus is the worst comic book movie at all. It still had some baseline entertaining elements that some fans may enjoy as long as they don’t care about the messy writing. There are enough shiny things with visual effects to keep people’s attention away from the nonsensical moments in the film. If you enjoyed Venom 2, then Morbius easily tops that, even though that is certainly not a high bar. I can’t say there’s much to look forward to in rewatching Morbius. Even the post-credit scenes are terrible because they don’t add up or follow the Spider-Man: No Way Home connections the film was seeking to continue. Feel free to watch Morbius at your own risk. 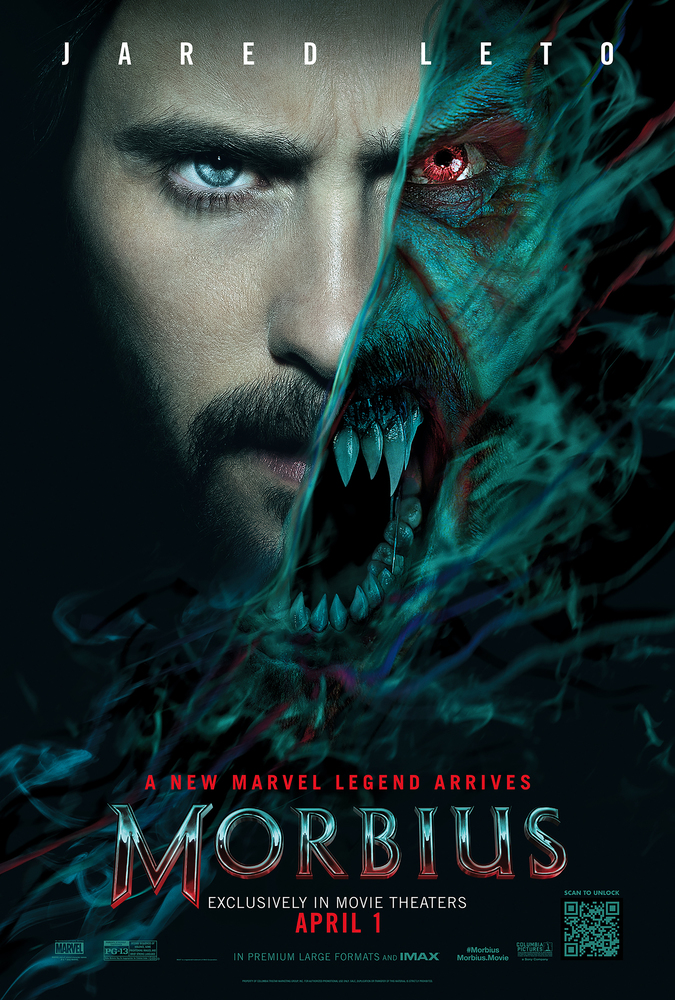