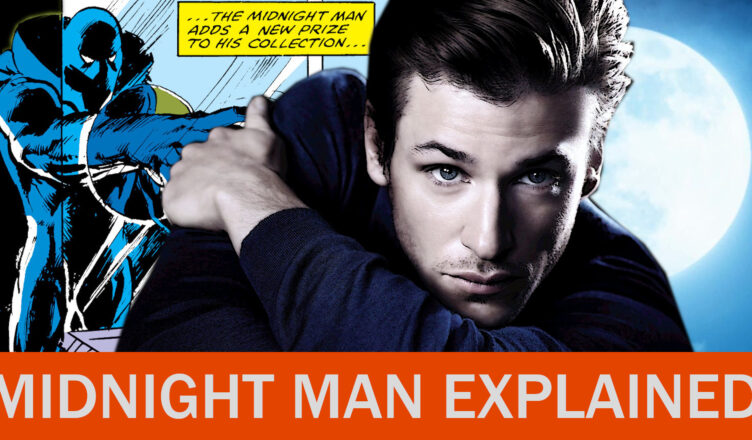 Midnight Man is a Marvel character set to make his debut in Moon Knight coming to Disney Plus. Midnight Man’s real name is Anton Mogart with actor Gaspard Ulliel in the role. Mogart is a thief of museum artifacts like art, jewels, and more. Anton Margot is an international thief and creates a persona to go with his extraordinary crimes. Midnight Man makes it a point to commit all of his crimes at the stroke of midnight and sets his sights on NYC.

Now Midnight Man is a cool enough character and is pretty much your run off the mill cat burglar not unlike Catwoman or black cat except with his own flair and style.

Now Mogart makes it a habit to get attention and coverage of the newspapers and tabloids. In the comics when Mogart makes his debut he receives a lot of media coverage and enjoys it. The character makes his first appearance in Moon Knight# 3 by writer Doug Moench and artist Bill Sienkiewicz.

Midnight Man first appears when Moon Knight has sort of established himself in New York and has begun hitting his crime-fighting stride. He has an established approach to fighting crime adopting 3 different identities to gather Intel and insight into the city from multiple societal perspectives. moon knight even has a supporting team with his pilot Frenchie, who’s he has known since his days as a mercenary, and Melanie, the woman who witnessed Marc Spector’s resurrection back in Egypt when he first became moon knight night. The press also reports on moon knight’s activities and how he’s taking on criminals in the city.

The Daily Bugle begins writing about an inevitable showdown between the two. Midnight Man is performing increasingly daring and incredible burglaries in the middle of a New York crime spree.