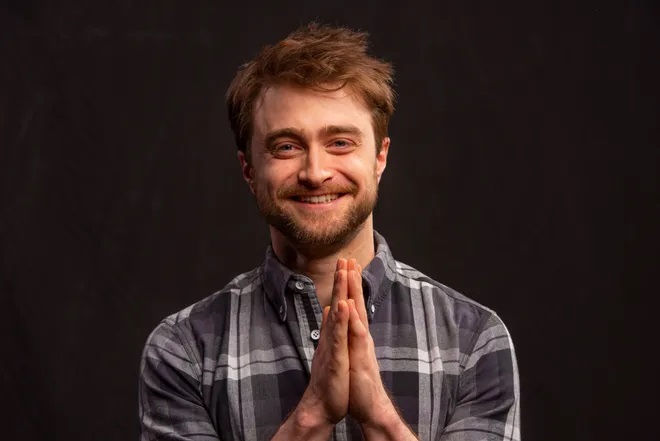 Danielle Radcliffe Harry Potter fans I want you to brace yourselves. Fans are holding out hope for more ever since the ending of the last Harry Potter movie. Harry Potter and the Deathly Hallows: Part II includes a time skip to a scene with older versions of Harry, Hermione, and Ron. Harry Potter and the Chamber of Secrets director Chris Columbus gave fans hope when sharing his desire to return.

A sequel to the Harry Potter films, Cursed Child follows a new generation of witches and wizards, including Harry and Ginny’s youngest son, Albus, alongside grown-up versions of beloved characters. While commemorating the first film’s 20th anniversary in November, Columbus said a film adaptation with the original trio would be “cinematic bliss.”

Entertainment Weekly asks Harry Potter star, Danielle Radcliffe, about a return to the franchise and it’s not looking good:

“This isn’t the answer that anybody’s going to want, but I think I was so able to go back and enjoy it because it’s not a part of my day-to-day life anymore,” Radcliffe said of the reunion. “I’m getting to a point where I feel like I made it out of Potter okay and I’m really happy with where I am now, and to go back would be such a massive change to my life. I’m never going to say never, but the Star Wars guys had like 30, 40 years before they went back.” “For me, it’s only been 10. It’s not something I’m really interested in doing right now.”

Ouch. This one stings and I don’t know what to say. What do you guys think of the news from Radcliffe? Do you think he’ll ever return?
That’s all I have for this one.
Comment with Facebook