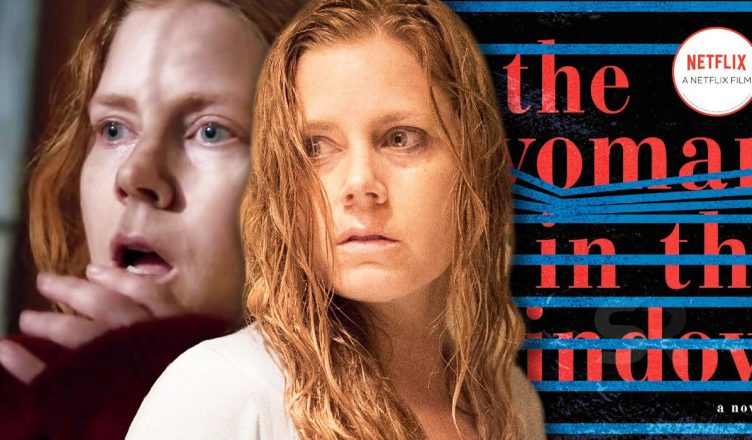 The Woman in the Window (2021) is based on the eponymous novel by A.J. Finn. Netflix bought the rights of the film, and released it on May 14, 2021. Since its release, the film has received quite a few unfavourable reviews.

Synopsis:
Anna Fox, an agoraphobic child psychologist, has succumbed to depression and complete isolation, when a new family—The Russells—moves in next door to her. Confined to her house, Anna spies on her neighbours when she suspects something is wrong. However, witnessing Mrs. Russell get stabbed was the last thing she had expected.

The Woman in the Window arouses huge expectations due to its promising all-star cast. With big industry names including Amy Adams, Julianne Moore, Gary Oldman, Wyatt Russell, Anthony Mackie and others, the film definitely had a great set of actors who gave some amazing performances.

Amy Adams’ portrayal of Anna Fox, a highly agoraphobic woman who has been isolated in her house for ten months, was quite convincing. The lapse of judgement and confusions made her a strong unreliable narrator. In many ways, I found Anna Fox very similar to Rachel Watson of The Girl On The Train.
As a stark contrast, Julianne Moore’s character is loud and easy-going. Surprisingly, she befriends Anna very quickly over some alcohol and card games.

The script has a strong build-up and successfully captivates the audience. It’s a typical whodunnit crime thriller.

There were a few camera shots which were truly beautiful, and visually, the film can be considered as aesthetically pleasing. The dark cinematography went perfectly with the theme of the story. The huge and dimly lit mansion of Anna Fox further gave effect to her isolation from the rest of the world.

A.J. Finn’s novel of the same name, was widely celebrated as one of the best thrillers of the year. However, similar to most book-to-screen adaptations, this film lacked the originality of the book.

The sudden sound and visual effects are added in between the scenes to show the disturbed mental state of the protagonist. However, sometimes they felt too overwhelming and simply distracted me from the plot.

The director, Joe Wright, who is known for box-office hits such as Atonement, Pride and Prejudice, Anna Karenina, etc., failed to deliver a convincing plot in this one.
The Woman in the Window felt like a nod to Hitchcock’s Rear Window, however it could not achieve the brilliance of the Old Hollywood thriller.

The most crucial part of a thriller movie is the climax, and its execution. Ignorance of even one of these has the potential to make a perfectly good film, a flop.
While the build-up in this film was exciting (albeit sometimes too perplexing), the climax of the movie was lacklustre, and almost on the verge of predictable. Concluding with a tedious action sequence, the finale of the film was much below the level of expectations.

The Woman in the Window is yet another suspenseful thriller which could not live up to the expectations it set.

The Woman in the Window is available to watch on Netflix.