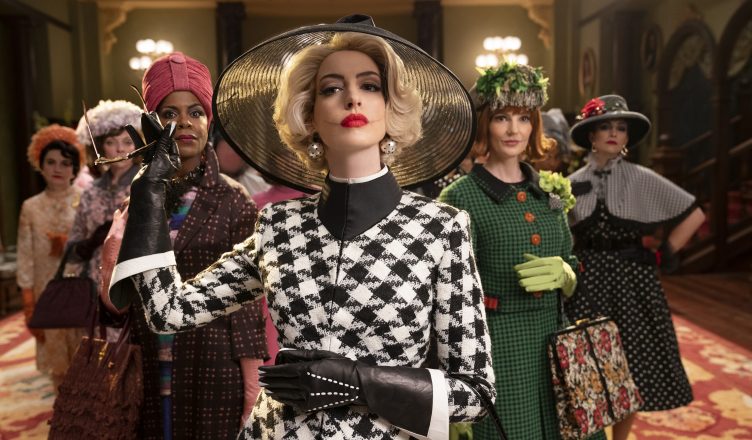 Reimagining Dahl’s beloved story for a modern audience, Zemeckis’s visually innovative film, The Witches (2020), tells the darkly humorous and heartwarming tale of a young orphaned boy (Jahzir Kadeem Bruno) who, in late 1967, goes to live with his loving Grandma (Octavia Spencer) in the rural Alabama town of Demopolis. As the boy and his grandmother encounter some deceptively glamorous but thoroughly diabolical witches, she wisely whisks our young hero away to an opulent seaside resort. Regrettably, they arrive at precisely the same time that the world’s Grand High Witch (Anne Hathaway) has gathered her fellow cronies from around the globe—undercover—to carry out her nefarious plans.

One thing I really appreciated about The Witches  was the special effects and makeup. The actual witch characters are definitely a sight to see, to say the least. Plus the special effects with their mouths or spells was definitely entertaining to see. In addition to that, the talking mice didn’t feel too fake and an easy sell for audiences to believe. All of these are passable enough for younger audiences to be entertained by.

Another positive for The Witches came from the sense of emotions it taps into through both the story and characters. I loved how this film wasn’t afraid to tackle the concept of grief through loss with children. Allowing for the more depressing situations to still see the other side of hope or joy was communicated quite effectively, especially through the grandmother and her grandchild. In addition to that, there were some great moments of just pure joy. I loved seeing how the children were to just be children, even if they were in the form of mice. That sense of joy should translate well to other younger audiences.

Lastly, the best highlight for The Witches will come from the performances. Octavia Spencer was a wonderful in her role as the grandmother. Her energy is contagious and you can feel that grandmotherly love through the screen.  Jahzir Kadeem Bruno does a solid job as the young boy in the story and he was a perfect compliment to the narration by Chris Rock. (And yes, you will get some “Everybody Hates Chris” vibes too.) Although, the best standout in The Witches is most definitely Anne Hathaway. She steals any and all attention immediately away the moment her character is on screen. She completely immersed herself into the role that you forget about the actress and focus solely on the head witch she’s portraying. Even the accent she took on, while funny at times, still added yet another layer of her ability to convince audience she’s truly the big bad villain she set out to be.

The one issue I think The Witches may have is that it felt a bit disturbing in regards with some of the horror. Some of the scenes, I think would simply terrify younger kids who may think this is a typical kid movie with funny mice running around. There’s a lack of balance with how horrifying some scenes and how goofy and outlandish other scenes play out.  I understand that it has a PG rating however, the horror content seemed a bit much for audiences that were really young. The makeup and special effects with the witches was very borderline horror and probably should’ve been toned down a bit. It’s one thing to make the witches ugly, but it’s another to make them too terrifying for kids visually.

The Witches was an exceptional remake to a classic film and an even more charming  story. If you grew up watching the The Witches (1990) then get ready to go right back down the fun ride down memory lane. This was practically a beat for beat redo of the original, except for the obvious ethnicity change in the grandmother and grandson. I loved the 1990’s version of this film as a child. Yet, I could only imagine how cool it would be to see this 2020 version as a black child today.  It was  fun being able to feel many of the emotions that I felt when I was young as I watched this remake. Needless to say, that’s only from my perspective as an adult.

As a parent of young children of various ages, I struggled to figure out which one of my kids would enjoy watching The Witches (2020).  I get the impression that younger children, maybe under the age of 7-ish, may not like the more scary scenes in this movie.  I would consider this film somewhere between PG and PG-13, but more so a “hard PG”. So parents, should probably check out the trailer or maybe skim through the movie first just to make sure their kids can handle it. Otherwise, this film is definitely more younger audiences than it is for adults. Keep expectations low and feel free to give The Witches a watch on HBO Max. 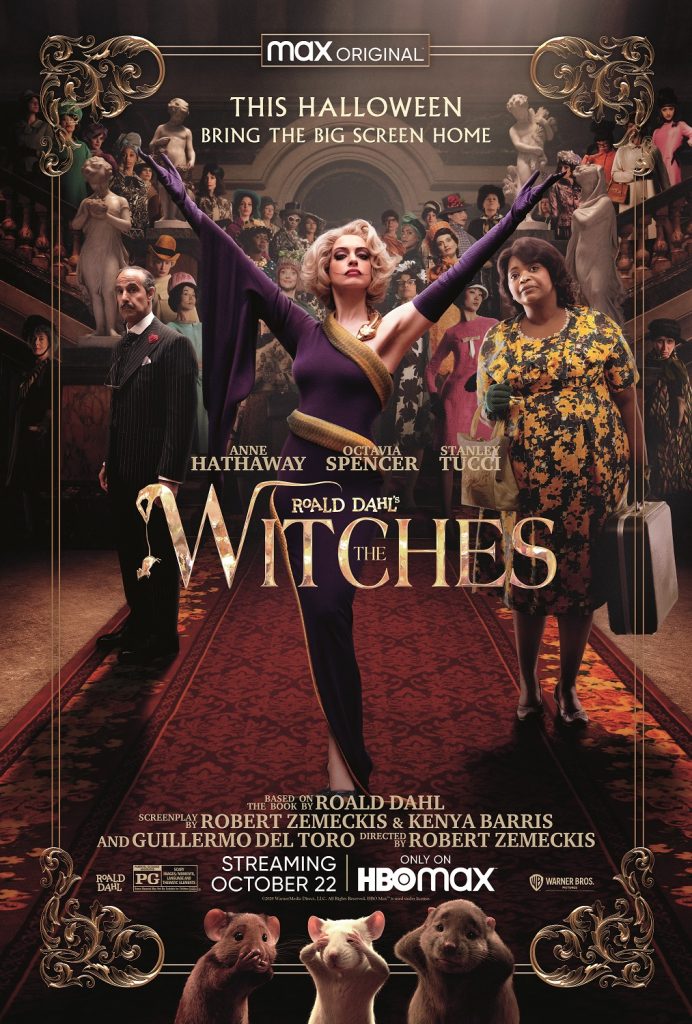 3 thoughts on “The Witches HBO Max Review: Anne Hathaway Is The Magic Here”