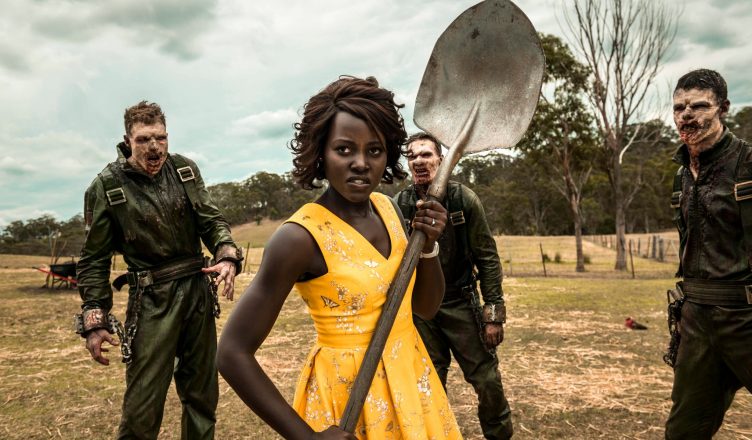 Dave (Alexander England), a washed-up musician, volunteers to chaperone his nephew’s kindergarten field trip after taking a shine to the plucky schoolteacher, Miss Caroline (Lupita Nyong’o). Dave’s intentions are complicated by the presence of world-famous child entertainer and competitor for Miss Caroline’s affections, Teddy McGiggle (Josh Gad). One thing none of them bargained for, however, is a sudden zombie outbreak, from which Dave and Miss Caroline must protect the children.

This is not a remake of the 80’s movie with Howie Mandel and Fred Savage. This Lupita N’Yongo, Alexander England, and Josh Gad movie is wholly original and is funnier than it has any business being. It’s a great movie to watch if you have a Hulu subscription and a fun time if you are a fan of the Zomedy (If this isn’t a term, it should be). It’s more Shaun of the Dead than The Walking Dead and benefits from the great leads carrying us through a really fun movie. 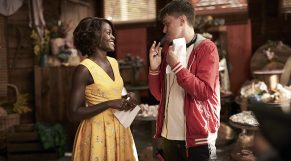 This movie is funny. Alexander England is a likable guy that is the unemployed, stoner guitarist who is having an exceptionally bad week when he breaks up with his longtime girlfriend and moves in with his sister. He’s the first character we’re introduced to and sets the tone for the rest of the movie. Little Monsters toes with being a dramedy with the seriousness of a relationship breakup and the depression that can go with as well as the comedic tones that Dave uses to mask his pain.

Lupita N’yongo is Miss Caroline, the lovable teacher and object of affection for Dave and Teddy McGiggle (Gad) . I think it’s perfectly normal to have some apprehension with her in a comedy film but she has pretty good chemistry with the other co-leads and is a huge factor in the enjoyment of Little Monsters. In fact, she’s the main attraction and carries a lot of the action that occurs within the film. There’s a specific scene in which she takes over as the action lead and brings the pain to anyone that tries to endanger any one of her students. 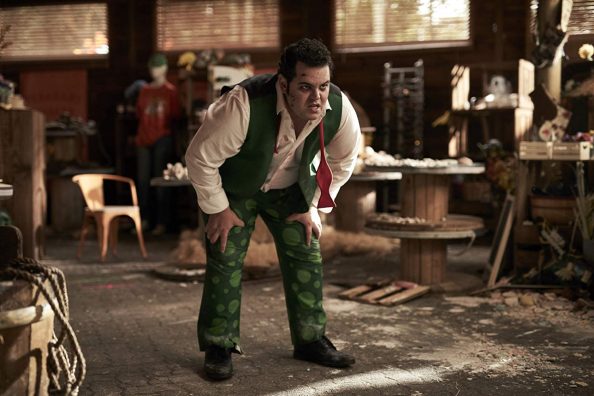 The actors were on the money with their delivery of their lines and performances but that’s also due to the writing creating the circumstances that they deliver. The plot is a little on the thin side but that’s not a huge deterrent in Little Monsters. We never get an explanation as to why zombies exist in this film other than the fact that the government is aware of them and is a little desensitized to them as a threat. We don’t get to explore very many places or environments to get a sense of the greater world’s perspective on zombies but we do get an intimate movie that tells a specific story with specific characters.

Josh Gad is the guy to love to hate in this movie. His performance was a fairly simple one but it was quite effective. I incorrectly assumed that N’yongo’s and Gad’s participation in this film would be minimal and I was really glad I was wrong! There are moments where Gad makes laugh out loud funny. 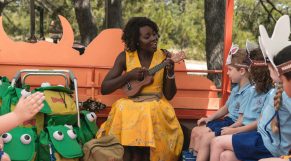 I wasn’t a huge fan of the pacing of this movie. While only being approx 90 minutes in length the movie felt much longer due to Little Monsters devoting a lot of time to the 1st and 2nd acts of the movie. The first act can be forgiven as it’s mostly used to establish the circumstances for the latter parts but those latter parts… There are times I considered just clicking fast forward but instead chose to just get up and make a sandwich.

The overall plot is very simplistic with zombies just existing without explanation and escaping into a confined space. The fact that the zombies just exist is somewhat forgivable but the fact that they conveniently stay within a confined space without endangering the greater population is a little tough to accept in a world with many global scale zombie films. It’s just a little too convenient and adds hurts the immersion in the film as things are neatly presented to the characters to ensure their survival and mitigating any real sense of threat. 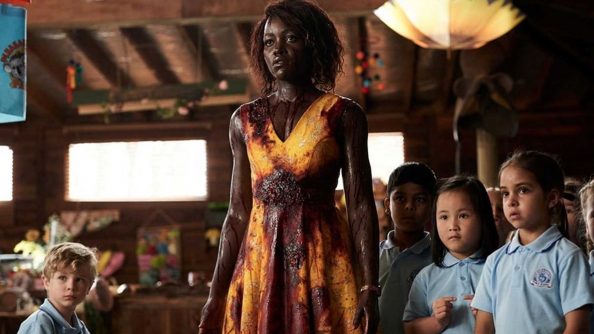 The Zombies are hardly ever a real threat. Seriously, they’re slow moving, dim witted and almost never actually are shown to successfully attack or maim people. When the zombies in Little Monsters do actually get ahold of someone it’s easy to get frustrated with that character for not being able to escape. The comedy makes up for a lot and Josh Gad delivers a lot of laughs with his character helping make a lot of faults acceptable but you understand the lack of threat fairly early.