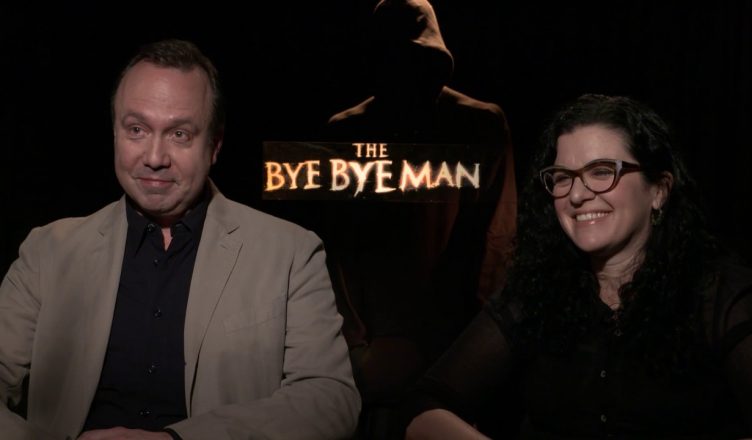 The Bye Bye Man recently released on Blu-ray & DVD, and I had the chance to speak to the director of the film Stacy Title. Stacy and I discussed the making of the film and touched on the topic of female directors and the lack of them in the industry. Here are the excerpts of the interview.

There has been a significant gap since you did a movie, so how come The Bye Bye Man as the movie you came back with:

Stacy: What a great question. Well the truth is I didn’t wait 10 years cause I wanted to. I really think it is very hard to get movies made and it’s certainly even harder for women to direct. There is a resistance to women as directors and I got lucky enough, there was a confluence of friendships and people admiring my work put together that brought this to fruition which I feel very lucky about.

What about the Bye By Man (the character) that made it and the movie appealing:

Stacy: I loved the idea of The Bye Bye Man. I loved what made him unique, that he could hurt you without touching you at all, he could use your weaknesses and your vulnerabilities against you. Really in the end the Bye Bye Man is about fear itself and paranoia and how it could destroy you. All of that was very exciting to me.

How did you use the character (Bye Bye Man) and the aspect that he could get you mentally to affect the other characters in directing it and projecting it:

Stacy: The thing that was interesting to do was to say, okay, so there were three people are moving together, there is a financial reason they are moving together because Elliot can’t pay more rent so there is three of them moving into the house. This really puts pressure on the couple that there is this third person there. There is a love triangle aspect to it without it being something they have chosen or planned, but that’s sort of what’s there so the Bye Bye Man sees that and knows he can put pressure on it.

For more on the interview with Stacy Title, including the audio, check it out on my site Reel Talker

The Bye Bye Man is out now on Blu-ray, DVD, Digital HD and On Demand