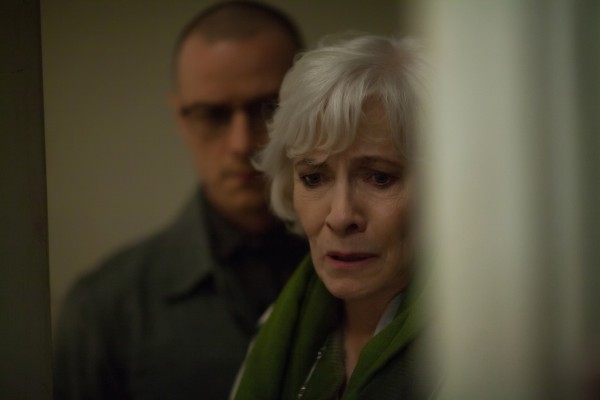 Betty Buckley stars as Dr. Karen Fletcher, the psychiatrist to James McAvoy’s 24 character personas in M. Night Shyamalan’s Split (available on Blu-ray/DVD). I spoke to Betty about her role in the film and working with M. Night. She also spoke about her music album that just released. Below are the excerpts from the interview.

You’ve worked with M. Night before, how did this opportunity to work with him again come about:

Betty: His casting person Doug Aibel has submitted me for many of Night’s movies including The Happening in which he finally cast me in. He (Aibel) called me and said that Night was interested in me for this new film, then I did a couple video auditions for him and then he sent me the script. Night phoned me and said he wrote the part for me and he asked me to do it. I was really excited and said yes of course.

How was your approach to the role of playing a psychiatrist and how much research did you do for it:

I thought James (McAvoy) was incredible in the movie juggling these characters:

Betty: He was awesome. I think it’s one of the greatest film performances by an actor I’ve ever seen. It’s so difficult what he did and there is hardly anyone in the world that can do as well. I just think he’s remarkable and I hope he wins every single award in awards season because he deserves them all. He’s a very nice man, very humble and down to earth and it was an absolute pleasure and honor to work with him.

For more on my interview with Betty Buckley including the audio portion, check out Reel Talker

‘Split’ is out now on Blu-ray, DVD, Digital HD and On Demand