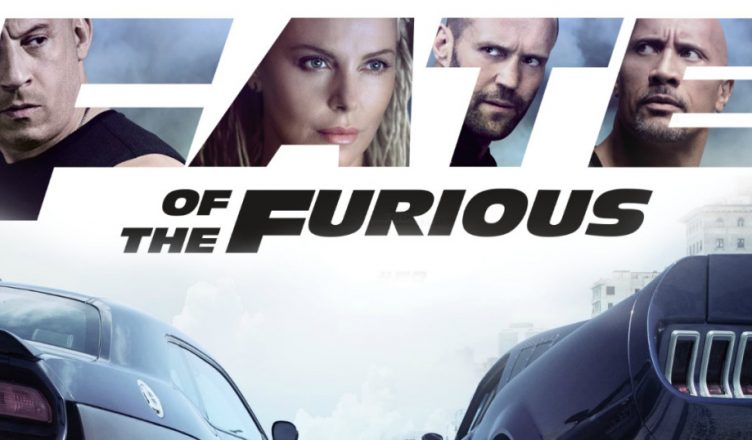 Who would have thought we would be talking about the eight Furious film at this point? Certainly the tragic death of Paul Walker put the franchise in jeopardy, but ultimately it keeps on moving forward. The eight movie, The Fate of the Furious, sees the group and “family” leader Dom Toretto  (Vin Diesel) turn rogue against his pals. The turn forces the remainder of the group to seek outside help from the unlikeliest individual, Deckard (Jason Statham). Will bitter enemies Deckard and Hobbs (Dwayne Johnson) be able to put their differences aside? How will the group manage to get the job done without their leader? What’s the real reason Dom turned on everyone? These are some of the questions the movie attempts to explain.

Charlize Theron steals the show playing the villainous Cipher. She’s cold, calculated and ruthless. Cipher could have been perfectly inserted in any Bond movie and be a perfect villain in that. I liked how Theron approached this role. A strong menacing female character. Aside from Theron, Johnson and Statham really play off each other nicely. The best humor and banter comes from their interaction with one another, whether they are dueling or working together. There is no doubt that without Paul Walker’s the franchise and this film feels emptier, but they do their best to incorporate new characters and give more spotlight to new ones.

I enjoyed the new locales that the action takes place in. To goes from Havana, Cuba all the way to Russia, now that’s covering some ground. In a weird way this has become a franchise that is known for the exotic locations it features, as much as the exotic vehicles it is known for. I’m glad they finally expanded all the way to Russia and had a real noticeable change of scenery for the action to take place in. The plot also takes the characters to NYC, so they are back home after some overseas trips the last couple films.

Gone are the days of street racing being the central point of these film. That ended after the second film. Today, the franchise is known for it’s over-the-top ridiculous action and stunts. Personally, I’m not a fan of that. If the previous Furious movies weren’t an indication, this one is, that Toretto is indestructible. He has more lives than a cat. He has better survival skills than Superman and Batman combined. He puts James Bond to shame. Yet, I wonder how and when did this street racer become a superhero? He survives anything and everything and it is beyond comprehension. Utterly absurd. To be fair, it’s not only Toretto that is indestructible, but all his companions. I get it, it’s supposed to be mindless popcorn fun, but there comes a point that even that can’t justify the things you see onscreen.

I’ll say that the film manages to string along a storyline that’s compelling enough to get you through the movie, however, little gets accomplished in setting up future storylines. This film was supposed to set up the franchise in a new direction. It was supposed to branch out with characters and storylines, it did not accomplish any of that. Instead of making this a movie to set-up the future, it manages to only focus on the present.

What you see is what you get. Fans of the franchise will love the film as it offers the same elements and formula that attracts their core audience. There is plenty of action, explosions, fights and some extra added humor (from Johnson and Statham) that the previous films have lacked, while Tyreses’ Roman still provides the goofy comedic relief. This is a fun, mindless action movie that’s basically a superhero cartoon come to life. Theron is an interesting villain. Toretto’s heel turn is decent and the stakes are different than in the previous films. Ultimately there isn’t much separation from the previous films besides an altered plot and the lack of Paul Walker. The Fate of the Furious has been decided, but the direction is still foggy.

The Fate and the Furious