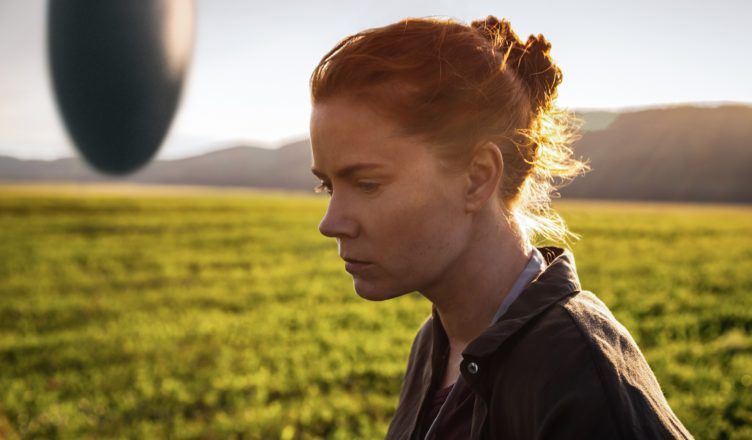 It’s the shortest month of the year, but certainly not short on quality of movies to see. Here are the Blu-ray/DVD and limited theatrical and On Demand releases of February that you can’t miss.

Arrival is an Oscar nominated Best Picture movie about aliens. Now you know it has to be good if an alien themed movie is nominated. Amy Adams, Jeremy Renner and Forest Whitaker lead a team of investigators exploring the mysterious spaceships that are landing all over the globe in search for answers. There is a grand look to the movie, everything is on such a large  scale. It feels both daunting and special. There is a few deep rooted messages that the film is centered on. Make sure you don’t miss Arrival and pay attention, as you wouldn’t want to miss anything that this movie is trying to say. This is one of the most thought provoking movies of last year.

A true story of a love so strong that it changed the laws and the future. Joel Edgerton and Ruth Negga are phenomenal playing a interracial couple that’s defying laws and everyone around them by being together. It was their civil rights case of Loving vs. Virginia that went to the U.S. Supreme Court. Director Mike Nichols reunites Edgerton and Michael Shannon in the movie, after they teamed together for Midnight Express. This is a powerful movie about love and commitment. It is not only worth seeing if you like romance and great acting, but also a movie that changed the landscape world on interracial relationships and marriage.

Loving is available now on Blu-ray, DVD and Digital HD

It’s been a long time since Billy Bob Thornton debut Bad Santa, well he’s back. Thornton returns alongside familiar faces Kathy Bates, Tony Cox and Brett Kelly. This time around Bad Santa is trying to scam a charity. Bad Santa 2 stays with the same formula that made the first movie a success. There is no shortage of laughs and fun shenanigans. Fans of the first movie will be pleasantly surprised that Bad Santa 2 doesn’t miss a beat. Christina Hendricks adds some spice to the movie. This is not a movie for kids, but definitely for the parents.

MANCHESTER BY THE SEA:

A Best Picture nominee movie that features Best Actor winner Casey Affleck. This is one of the more somber, depressing, yet masterfully written, directed and performed. This is a emotionally heavy movie about a man who returns to his hometown after his brothers passing to be the guardian for his nephew who he doesn’t want to be a parental figure for. Affleck and Lucas Hedges, who plays the nephew, have great chemistry on-screen. This film feels very authentic and as real as a movie can be. Manchester By The Sea is one of these films that’s hard to digest more than once, but it is an absolute must see.

Manchester By The Sea is available now on Blu-ray Combo Pack, DVD, Digital HD and On Demand

What would happen if you combined Ratatouille and Moana? You’d get something like Air Bound. City mouses Gavin and Matthew join some ship mice and set sail to Dream Island to defend themselves against a weasel clan. This is an enjoyable animated film that kids will like and adults may find entertaining also. It has that feel and look of Ratatouille, with clever and fun loving mice (even though they aren’t nowhere near Paris). The journey they take to the island is reminiscent of the one from Moana. Get on board with the cool mice and explore Air Bound.

Air Bound is out now on DVD and Digital HD

Tim Roth is terrific playing a caregiver nurse that tends to people with terminal illnesses. It’s a somber and emotional movie about impending death. Roth’s character pours his soul out and connects with his patients, but an allegation threatens to change everything. As someone who has witnessed firsthand the work and dedication that caregivers have, this movie resonated with me on a personal level. If you ever wondered what a caregiver does, this is the movie that illustrates it. Chronic is an adult oriented movie that’s serious and poignant.

Chronic is available on DVD, Digital HD and On Demand

The 2017 Oscar winner for Best Picture has to be a movie that you see. Moonlight is bold and impactful. It chronicles life of a gay man in the tough neighborhood of Liberty City. The film is unapologetic and goes places that many other movies wouldn’t even touch. It has an important theme that not only relates to the African-American community, but the LGBT and everyone else can take away meaningful messages from it. The performances are top-notch, Mahershala Ali’s and Naomie Harris’ in particular. If you haven’t seen Moonlight, you really should.

Moonlight is available now on Blu-ray, DVD and Digital HD

The best special effects you will see in a movie this year are in Doctor Strange. It is one of the more visually impressive movies you’ll see. Benedict Cumberbatch nails it as Doctor Strange. Not only does he look the part, but has a full grasp of the Doctor Strange persona. From start to finish this is a well done movie. The writing, acting and directing is on-point, but visually it’s on another level. To execute all the time shifting and portals and make it look magical and not corny is a great feat. Guardians of the Galaxy came out of nowhere to capture movie-goers minds, but Doctor Strange is just as good, if not better. It is one of Marvel’s best films. If you haven’t seen it, you MUST.

Brad Pitt and Marion Cotillard star as a spy couple that is on a mission to take out Communist leaders. There is a twist in the story which is that Cotillard’s character might be a Communist spy. Robert Zemeckis directs this film with flare and style. The costumes and look is specific to the time period the story takes place in. The action sequences are precisely executed and exciting. This film looks good visually and has a suspenseful plot. Unfortunately the film got caught up in the Holiday season movie rush and sort of fell out of the loop, but it is definitely a movie you should’t miss now that it is out on Blu-ray/DVD. Pitt and Cotillard and their on-screen chemistry is worth seeing in itself.

BEAVIS AND BUTT-HEAD THE COMPLETE COLLECTION:

I grew up watching the wild antics of Beavis and Butt-Head and even used to try to imitate their voices for fun. Now fans can go back and indulge in the nostalgia with the release of Mike Judge’s Beavis and Butt-Head The Complete Collection. The 12-DVD set includes over a 1000 hours of content with all the episodes, music videos and the feature film “Beavis and Butt-Head Do America“. This is one of the most fun DVD sets I’ve picked up in a while.

Beavis and Butt-head: The Complete Collection is available now on DVD

Here are some additional movies that released this month that you also should see.