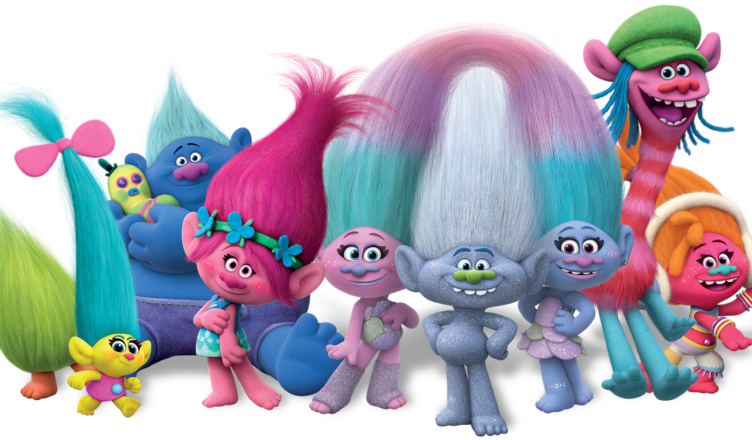 February is here, so here is a look at the must see movies on Blu-ray & DVD,  limited theatrical and VOD releases for the week of February 7.

Trolls are the this generations Smurfs. Originally known as creepy naked dolls, the movie transformed them to become colorful, cute and personality filled characters. There are so many things to like about this movie. It really is relatable to everyone, kids, teens and adults will enjoy it. The story is entertaining with several positive messages along the way. The songs are all encompassing, from 80’s hits to current songs, all of them “trollified”.

Justin Timberlake’s hit song “Can’t Stop The Feeling” made its debut in the movie and plays a big part in the end result. There are plenty of guaranteed laughs for everyone in the movie. The references and songs are clever you’ll get a kick out of them. This is just the beginning of a strong franchise that’s here to stay. Check out Trolls and you will know exactly why it’s the next big thing in animation.

The Fanning sister sure like to cause turmoil in small towns. Elle Fanning did her thing in Live By Night, but Dakota turns her perfect family upside down with her actions in American Pastoral. On the surface Swede (Ewan McGregor) and Dawn (Jennifer Connelly) Levov along with her daughter Merry (Dakota Fanning) are the perfect American family, but the chaos that ensues turns this model family into a disaster. Fine performances by the strong cast, McGregor directs the film and does a fantastic job on depicting the inner turmoil this family is dealing with all white making it visually alluring. At times this film gets pretty dark and sad. In a way it’s relatable to today’s society in the protest and activism sense.

American Pastoral is available now on Blu-ray, DVD, Digital HD and On Demand

THE 9TH LIFE OF LOUIS DRAX:

This mystery thriller is loaded with fantasy, reality and intrigue. It’s about a boy who survives a near death encounter and his psychologist delves into the mind of the boy and explores the sixth sense. There is a lot of thought provoking stuff going on in the movie to will surely keep you intrigued. The cast is very talented and fits together nicely. Jamie Dornan is making women blush with Fifty Shades Darker, but here he plays the psychologist, in a very different role than Christian Grey. Aaron Paul and Sarah Gadon also star alongside Dornan. This is a movie that’s flying under-the-radar and it shouldn’t, so go see check it out.

The 9th Life of Louis Drax is available now on Blu-ray, DVD and Digital HD

One of the most memorable movies of the last 30 years is celebrating its 30th anniversary. Dirty Dancing made Patrick Swayze and Jennifer Grey household names with their undeniable chemistry onscreen. Who can forget the music, the dancing, the memories, that’s what Dirty Dancing is. I still vividly remember my parents watching the movie over and over. The 30th anniversary edition is all you could want and more as a fan. It is loaded with over 6 hours of extra bonus features. Simply put, pure nostalgia with a behind-the-scenes look.

You don’t have to be a school employee to enjoy the hell out of Vice Principals. The HBO show is hilarious. Danny McBride and Walter Goggins are killer good playing two vice principals competing for the principal position. The show was created by McBride and Jody Hill and it is very well-written, there is no question McBride has a pulse on exactly what this show is and should be. There are numerous gags in teach episode, even the simplest reactions are a hoot, the shenanigans are legitimately laugh out loud funny. Vice Principals could be one of the best comedies on cable, so check out season one now and get ready for more of this show.

Vice Principals: The Complete First Season is available now on Blu-ray and DVD (free digital download with both purchases)

I was anticipating the release on DVD of this movie. The story is about a Afghan war journalist who moves to a small California town where he gets involved in underworld of crime and violence. Dominic Reins plays the lead, he’s solid in the role. Melissa Leo plays the small town sheriff, which is awesome, she nails it. James Franco plays the town thug. Burn Country is a mystery packed thriller, that’s as dark as it it mysterious. I liked how the plot was set up and comes together. This is a movie that’s compelling with good story telling.

Burn Country is out now on DVD and Digital